Richard Marx in Asia 2016 will be held on the 9th March 2016 at 8.30pm and will be held at
Kuala Lumpur Convention Centre, Plenary Hall. The event will be ticketed at Diamond
(Limited),Platinum(RM428),Gold(RM328),Silver(RM228) and Bronze(RM128) per person.
Check out more details at www.facebook.com/FatBoysMY 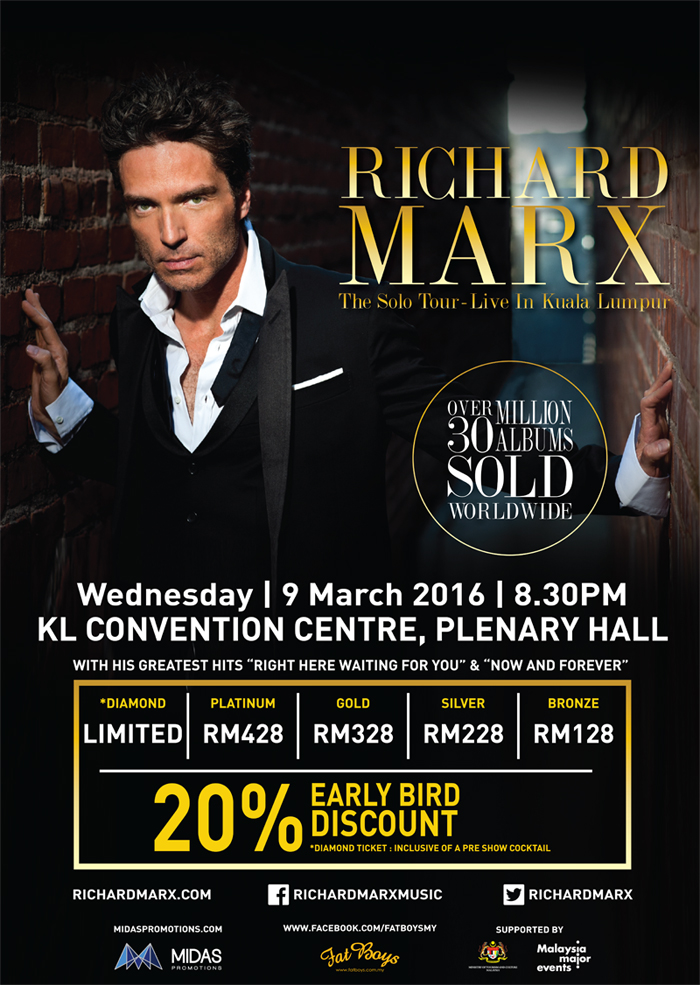 As a performer, songwriter and producer, Richard Marx’s nearly three-decade-long career
has had innumerable of highlights. The Chicago native has sold more than 30 million albums
worldwide, starting with his self-titled debut which went to #8 and spawned four Top 5 singles,
including the chart-topping “Hold on to the Nights,” with “Don’t Mean Nothing” earning him a
Grammy nomination for Best Male Rock Vocal Performance. The follow-up, 1989’s Repeat
Offender, was even more successful, hitting #1 and going quadruple-platinum with two #1
singles in “Satisfied” and “Right Here Waiting.” When both Rush Street (with two #1 AC hits in
“Keep Coming Back” and “Hazard”) and Paid Vacation (with its #1 AC hit, “Now and Forever”)
went platinum, Marx achieved a seven-year string of triumphs that rivaled any in pop-rock
music history. To this day, he is the only male artist in history to have his first seven singles
reach the Top 5 on the Billboard charts. 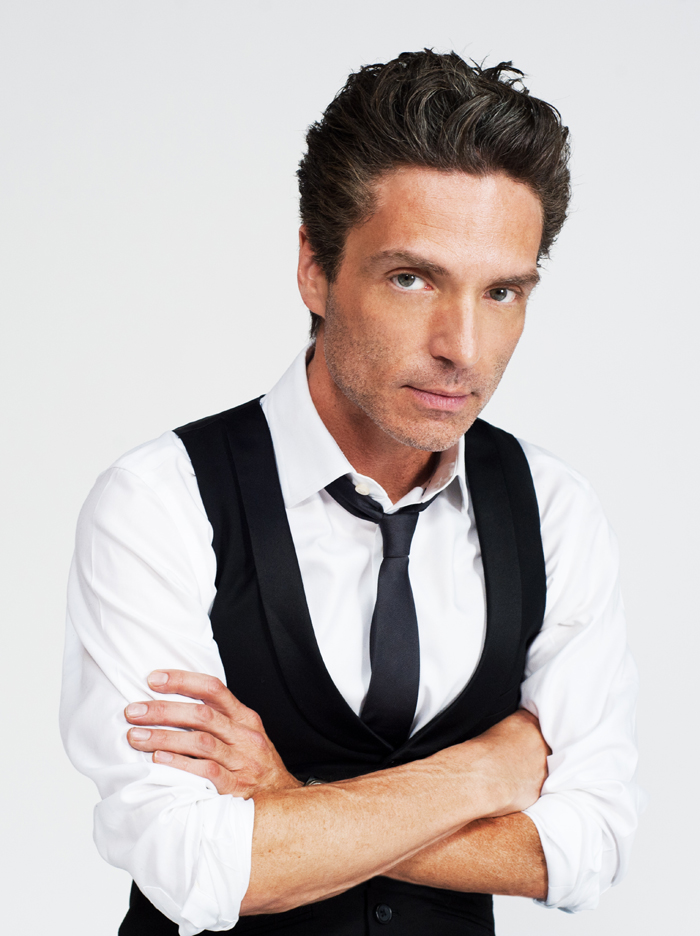 For more enquiries, please contact shila@midaspromotions.com/www.midaspromotions.com
On July 8, 2014, he released his eighth album, Beautiful Goodbye, featuring all new material
such as its first single and video, “Whatever We Started.” Fans may find Marx’s eighth studio
album, a bit of a departure from his previous albums. According to the Grammy Awardwinning
singer/songwriter, he set out to make a deliberately sexy album.
“The songs on this record were influenced greatly by everyone from Sade to Bebel Gilberto to
various EDM artists to even Chopin. I’m known for romantic music in the past, but this music I
wrote is all more sensual and ethereal, and the lyrics are more adventurous than I’ve been
willing to go in the past.”

All the tracks on Beautiful Goodbye are written and produced by Marx except “Getaway,” cowritten
and produced with Walter Afanasieff; “Forgot To Remember” co-written with Vertical
Horizon frontman and frequent Marx collaborator, Matt Scannell; “Turn Off The Night” cowritten
with multi-hit songwriter David Hodges, and the title track, co-written with Daisy
Fuentes. A special edition of Beautiful Goodbye will also be available exclusively
at Target and features two additional songs: “Moscow Calling,” a collaboration between Marx
and well known EDM artist and DJ Morgan Page, and “Just Go.”