#TheLastAltimetShow was one of the most anticipated shows of the year for Malaysia hip hop. Altimet, with 5 successful solo album on his hands ended his journey as performer in 24 Feb 2018. The ex-Teh Tarik Crew member who went solo in 2007 ended his first & last solo concert with a bang! The 2 hours of 10 years music journey of Altimet with 26 live song with support of more than 20 guest artist on the night plus amazing live band adding big-bodied instrumentals back up by The Kawan Band. 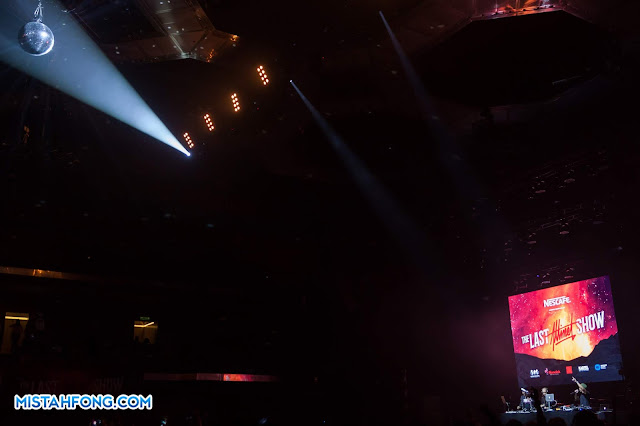 Opening DJ set by the trio Stylustiks, members including DJ Uno, DJ Cza & DJ Fuzz warmed up the show with the best scratching skills shown by the trio plus hip hop hits played for the dance floor accompanied with giant funky disco ball hanging in the middle of the crowd. 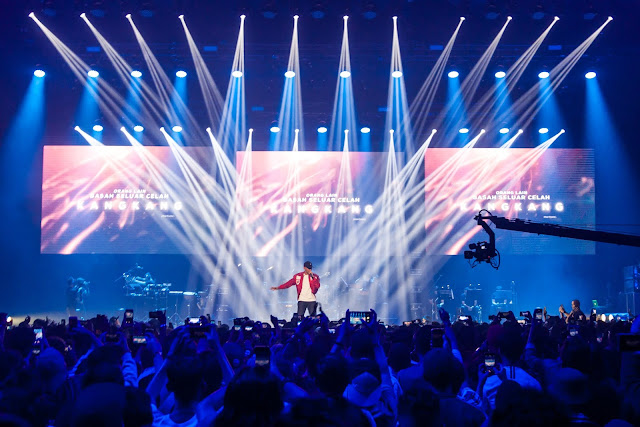 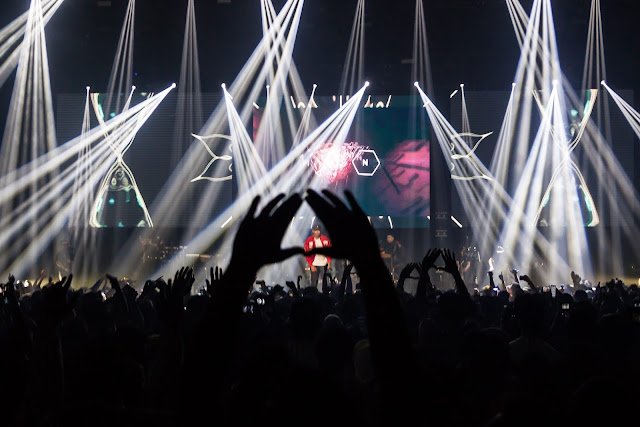 The show started with mini clip of the Altimet journey, later continued with the first song of the show which was also the first single from his latest album “O”; a catchy song a ”Bersamamu” featuring Cuurley. Continued by love anthem “Hello” featuring Trisno, “Chantek” with Adeep and Kidd Santhe showed up for “Muda”. 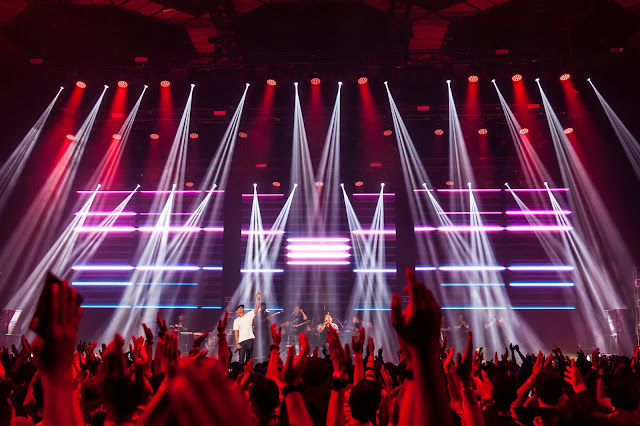 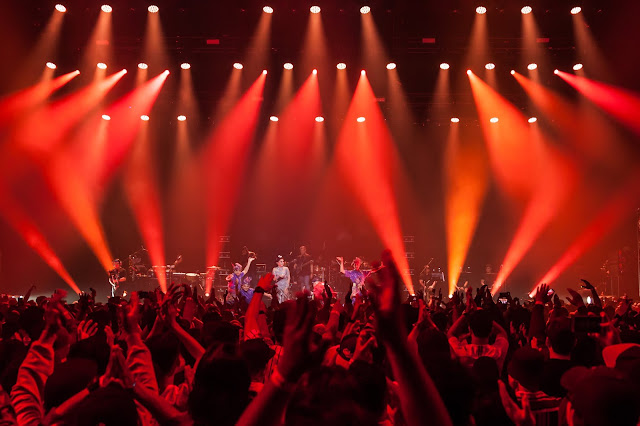 Altimet received the strongest crowd responses when he performed “Mambang” where the crowd burst with more energy and excitement.  The song made waves on the internet one years ago while a rumored a diss-track to Malique of Too Phat but was confirmed by Altimet that the song is about himself. 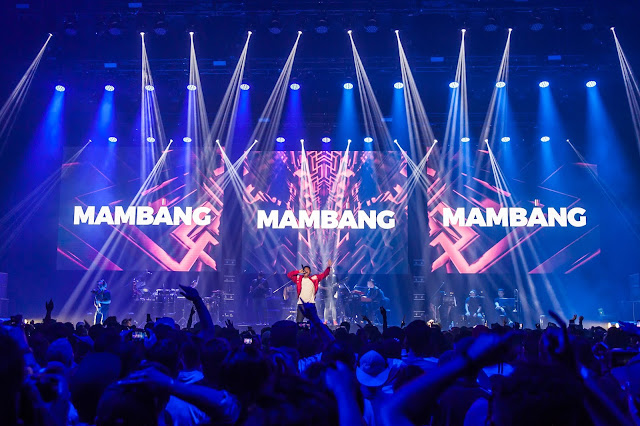 With an inimitable energy and desire to give his all, Altimet  barely let up for a single second, getting the crowd  jumping up and down during performances of  “Salute” with budak flat Aman RA. 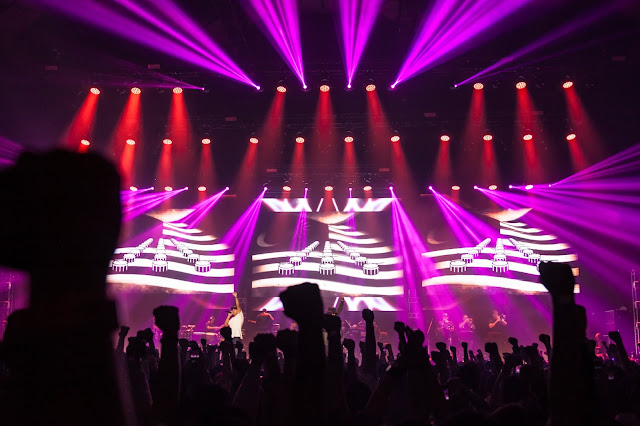 Most happening of the night was definitely the Kartel family join the stage, together with Joe Flizzow & SonaOne performed the hits song  ‘Havoc’ and latest soundtrack ‘Sang Saka Biru’ for Polis Evo 2 movie last year, with the crowd singing along. 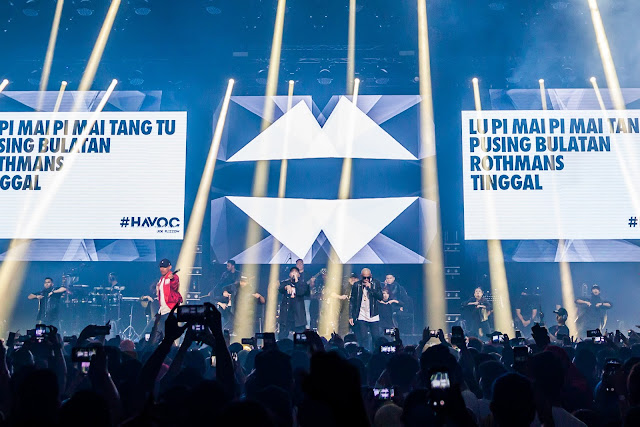 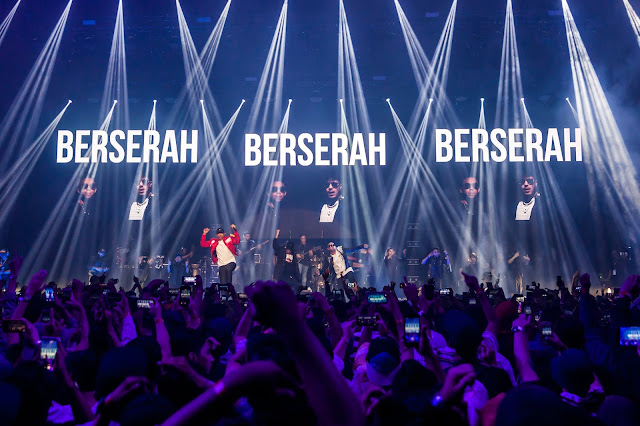 Shortly after, he slowed the tempo of the show with some slow songs such as “Aku Tahu” with Tomok, “Sabarlah” featuring Amir Jahari, “Selamat Pagi Sayang” with Ila Damiaa and bounced back punching the air as he blazed into “Bangkit” continuing with upbeat reggae inspired “Alamak” both featuring Salammusik and crunk-a-like “Jaguh” with Dan Shiv, as the crowd erupted into excited energy. 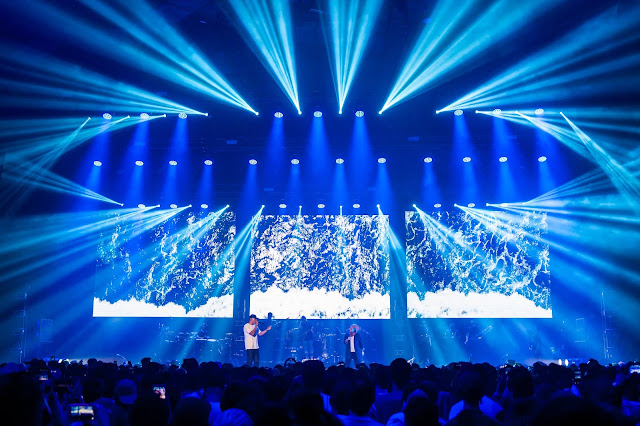 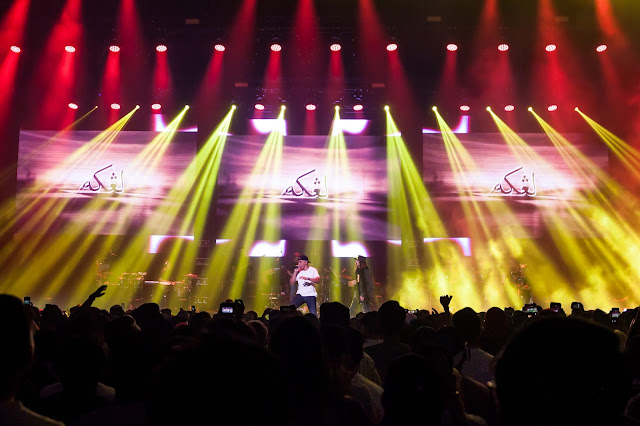 Continuing to deliverer hits like “Berada” & “Kotarayaku” featuring Noh Salleh & Aman RA. During Noh Salleh’s speech about how he was inspired by Teh Tarik Crew & Too Phat music, Altimet joked to Noh “you really like us until you married one of the Teh Tarik Crew members” (as Mizz Nina is Noh Salleh wife) and the crowd laughed. Also the only missing part of the show was the reunion of Teh Tarik Crew on stage, it would have been the perfect end to the show, although they didn’t perform together, some of the member were here to show support. 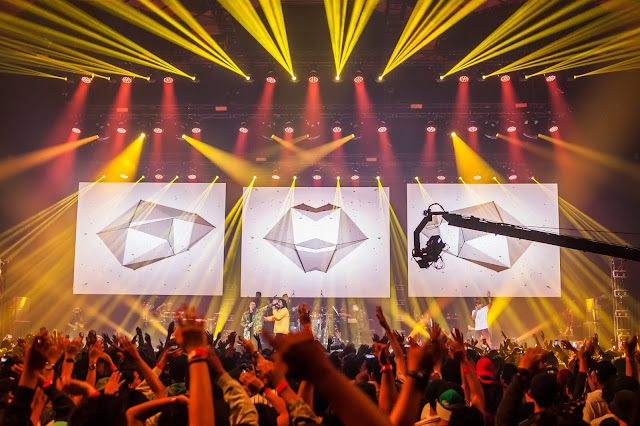 The music didn’t slow down even for a second, as he continued with the awarding winning song “Kalau Aku Kaya” featuring Awi Rafael from Singapore; the first hip hop song won third place in AJL28. 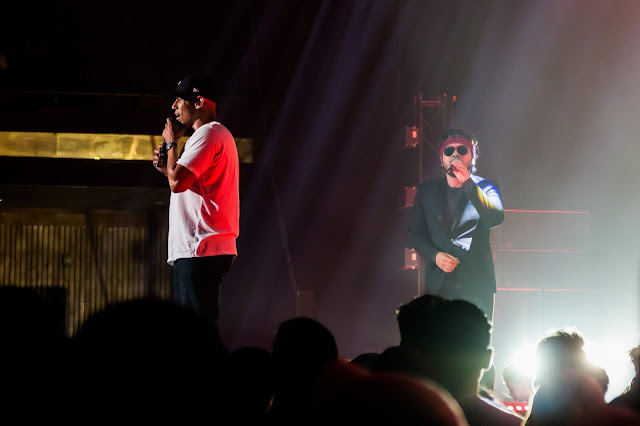 Dropped hit after hit such as “Keliling Dunia” & “Dekat Je” both song with Adeep, Hazama stepped up on stage for “Negaraku” & “Penghibur”.  Later welcomed on stage alongside a cacophony of confetti during “Syukur” meaning the show was about to end. 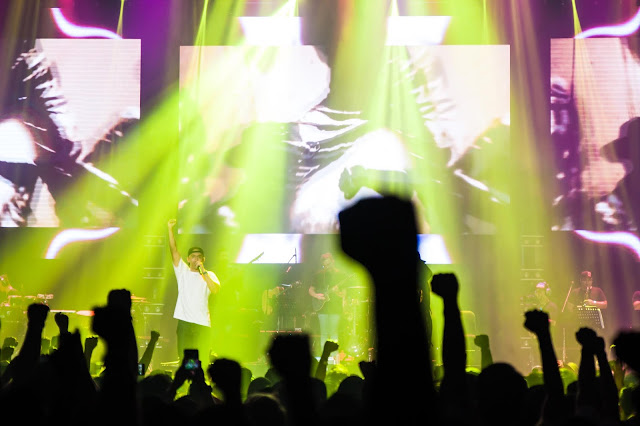 A new voice in town; Sasha Ningkan appeared on stage for the last song “O” with only one spotlight on in the middle of the stage, making the atmosphere more moody & emo. At the end of the song, usually mic drop means the end the show but this time Altimet did a changes and just pulled out the wire from his customized red lighted vintage microphone and left the stage. 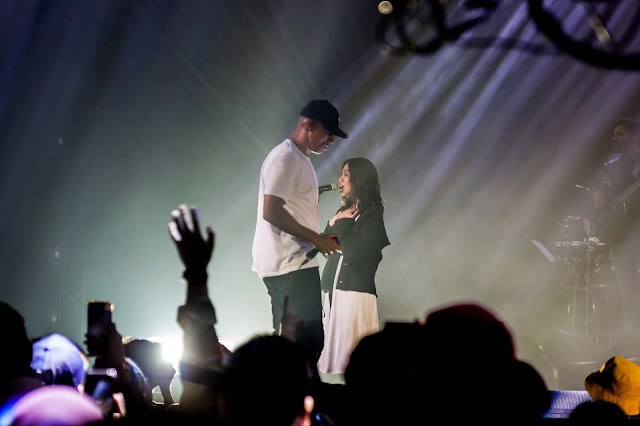 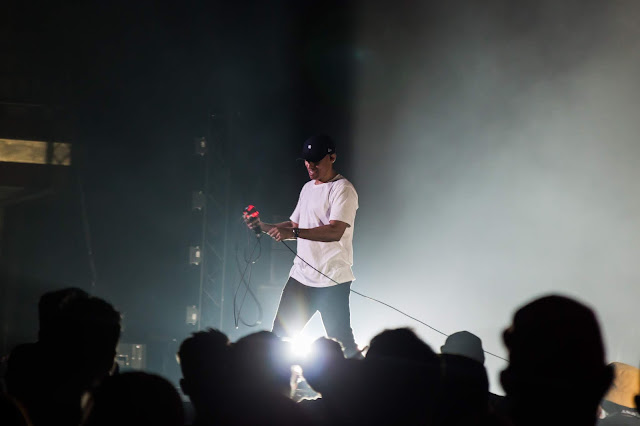 With fans chanting “We want more!”, Altimet appeared back again for the once last time for three encore songs. Wearing a stylish tengkolok; a Malay traditional hat, he brought down the house with an electrifying performance with “Amboi” which won best performance in Anugerah Juara Lagu 32 last year, and continued with another upbeat song  “Bunga”  which was also a finalist for AJL this year. Finally, he brought out Aizat Hamdan to close the show with “Orang Biasa”, song from his latest album. 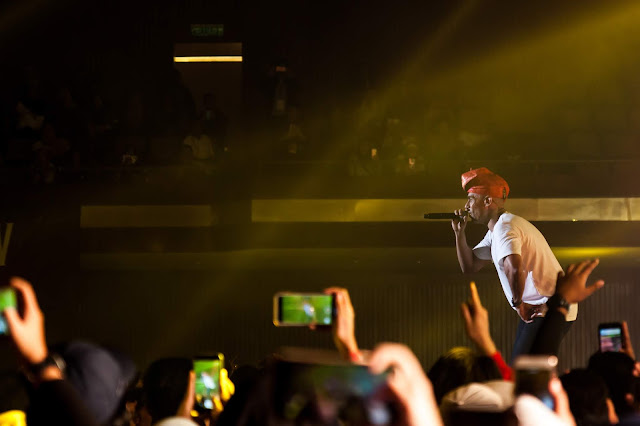 Before the end, Altimet gathered all the heavyweights lineup artist on stage and thanked them for supporting him. Altimet’s mom made a surprise appearance by giving a bouquet of flowers to her beloved son. Closing the night with “Negaraku”, the whole crowd singing proudly the national anthem to end the show with a bang. 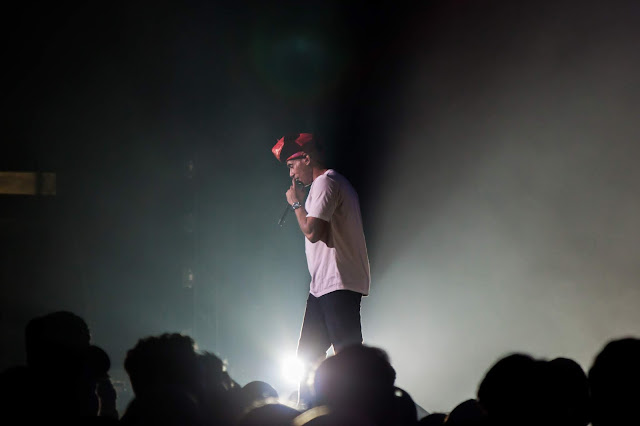 Definitely one of the concerts that raised the bar for the music industry especially for hip hop community in Malaysia. From amazing lighting & sound set up; it proves that Malaysia and will hopefully continue to host a professional and coherent hip hop concert / festival with local hip hop artists. This is the end of Altimet chapter as performer but definitely a new beginning as orang biasa, as writer/composer/producer.