No one understands football better than Carlsberg. To attest its avid support for football and bring the UEFA EURO 2016™ experience closer to the fans, Carlsberg, official beer of the UEFA EURO 2016™, has lined up two exciting tournament components to further heat up the football fever.

This comes on the back of Carlsberg’s recent announcement of probably the best UEFA EURO 2016™ prize for the fans, Play on Pitch, which enables fans to win a once-in-a-lifetime chance to watch the UEFA EURO 2016™ semi-final live in France and experience what it’s like to be a football star and play on pitch at Stade de Lyon. 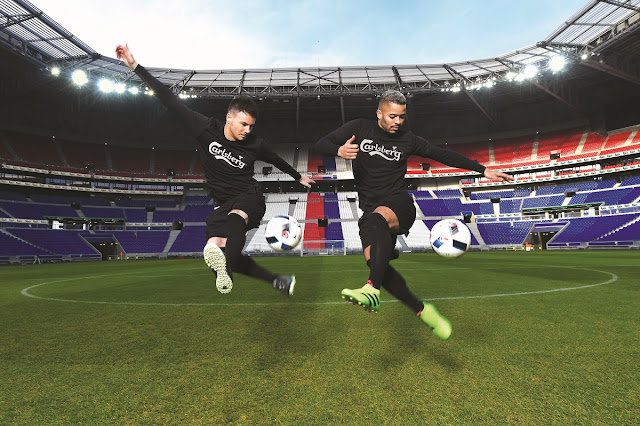 Carlsberg has teamed up with the F2 Freestylers, globally recognised football freestylers and YouTube sensation, to recreate the best EURO moments from the past 40 years in a ten part mini-series. Some of these great goals re-enacted by the F2 Freestylers include the Netherlands vs. Soviet Union in 1988 by Marco van Basten, Sweden vs England in 1992 by Tomas Brolin, Czech Republic vs. Portugal in 1996 by Karel Poborský and France vs. Portugal in 2000 by the one and only Zinedine Zidane. The talented duo, with almost 4 million followers on their YouTube channel, will also include commentaries on what makes these probably some of the greatest in history and attempt to emulate these goals, move by move.

Footage of the action were captured through ‘Carlsberg Cam’ – filmed with a drone and cameras fixed to the F2 Freestylers, giving an entirely new perspective on these iconic football moments and bringing fans closer to what makes them probably some of the best in the world. These amazing videos can be viewed at www.probablythebest.com.my.

The 5 pairs of Play on Pitch winners can also expect to meet the F2 Freestylers during the tournament and try their skills at re-enacting some of these iconic EURO goals at Stade de Lyon. 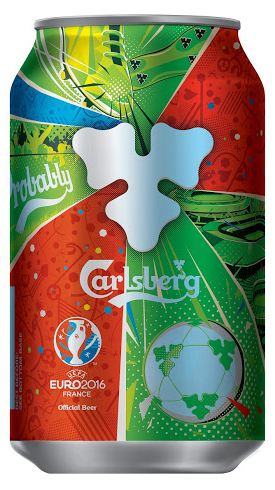 For UEFA EURO 2016™, Carlsberg has release a limited edition can for its beer, featuring the official UEFA EURO branding to reinforce its status as the official beer of the tournament for the eighth consecutive occasion – to give fans another football related item to take home with them.

The special can comes in the brand’s classic green with the tournament’s official colour scheme of red, blue and white and features images of stadiums, supporters and footballs alongside the word “Probably.”

The limited edition cans are now available in major hypermarkets, supermarkets, and convenience chain outlets from now onwards on a while stocks lasts basis. Consumers can also find their favorite Carlsberg big bottle labels in the UEFA EURO 2016™ design during this period from their favorite coffeeshops, hawker centres, food courts and Chinese restaurants.

With Carlsberg’s collaboration with F2 Freestylers and a chance to take home a piece of UEFA EURO 2016™ through the limited edition cans, Carlsberg is really ‘doing it better for the fans’ by giving them a well-rounded experience of the upcoming UEFA EURO 2016™.

For more information on how to get a chance to win tickets to the UEFA EURO 2016™ semi-final and participate at the various activities, please visit www.probablythebest.com.my or Carlsberg’s Facebook page.