Over past two days, with 90,000 ravers including over 20,000 international partygoers from over 32 countries turned out full force to throw their hands up and dance like no tomorrow as JIEXPO was turned into packed rave playground. Every year DWP has hosted the biggest names in dance music and the eighth edition was no exception. Returning for the second time, DJ Snake, two times No.1 DJ, Hardwell, newly crowned No.1 DJ Martin Garrix, trio turned duo Yellow Claw, Asian-origin KSHMR and many more international & talented local / region acts. 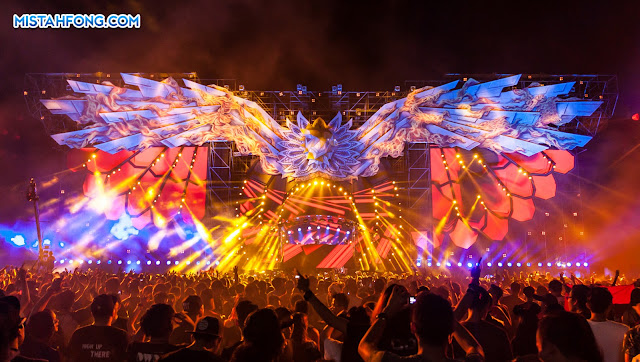 Like last year, DWP16 had 3 stages. The mighty Garudha Land, Neon Jungle for Day 1 which changed into to Life In Color Kingdom for Day 2, and Cosmic Station became The Darker Side on the second day. These 3 areas were flooded with ravers from beginning to the end with dance, bounce, fist pumping and headbanging.

After incredible opening by the talented local DJ’s. Malaysian duo Goldfish & Blink kicked off the festival with an energetic performance on Friday night, they dropped serious crowd-pleasers, including a few songs of their own and the latest bootleg “Black Beatles”.

On Neon Jungle stage, Tokimonsta kicked it off with some soft, lounge-like beats giving off a relaxing vibe. Quickly things escalated to include heavier bass, and louder synths. Collection of great R&B to hip-hop heavy repertoire set alongside her own productions such as “Put It Down”, “Realla” kept the crowd dancing for most of her set . She was energetic and all smiles, keeping us pumped and wanting more. 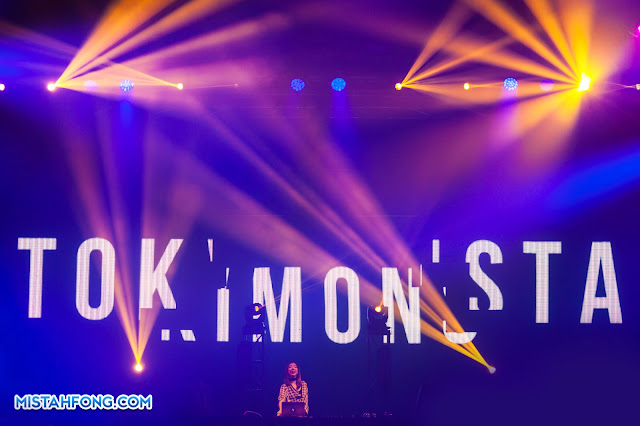 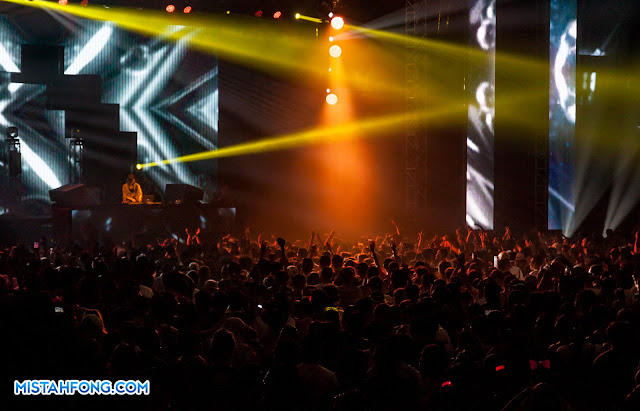 After Tokimonsta, London duo Snakehips gave us their perfect blend of R&B beats with pop melodiessuch as “All My Friends” boosting them up to new heights. Also single “Cruel”, a track that has steadily been receiving airplay just about everywhere you listen. 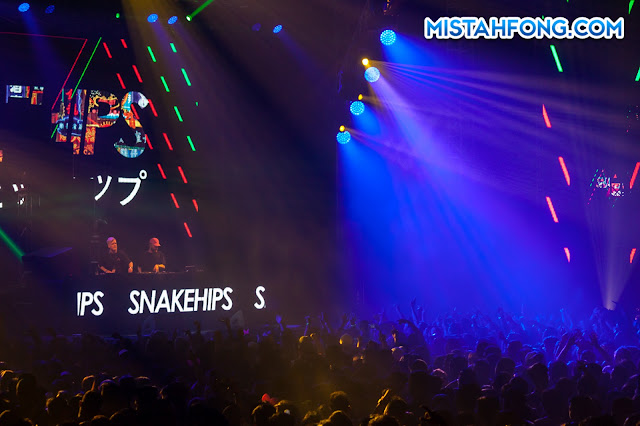 Yves V took to the main stage with his signature sound of progressive and electro house music that build to crowd-bumping drops. Besides his incredible set, one of the highlights during of the night was Yves & Ismaya Live crew managed to hold the biggest mannequin challenge in Asia. 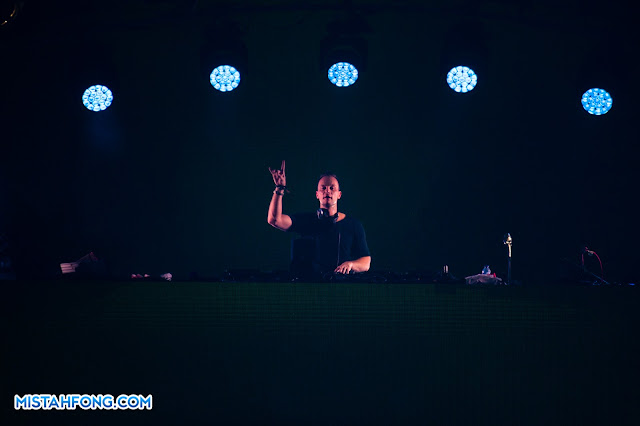 Newcomer Alan Walker took over Neon Jungle stage complete with hoodie and scarf covering his face bring his unique style to the much anticipated set,  especially the hits “Faded” which made the audience scream hysterically with every verse. He also premiering his latest single “Alone”. 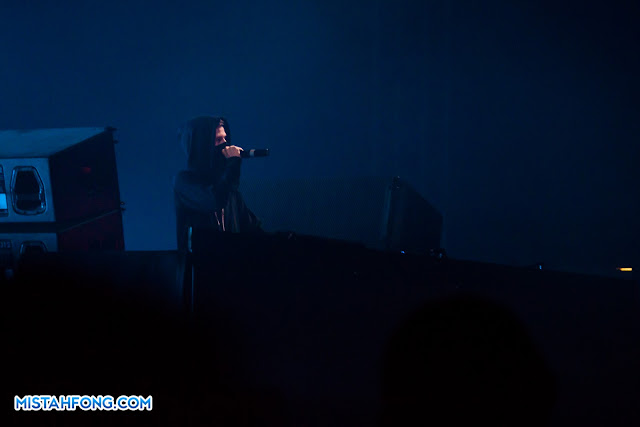 Once part of the duo The Cataracs, KSHMR opened up his set with a short-film of theatrical and dramatic narrated in Indonesian just for DWP. We are taken on a adventurous journey with chirpy sounds guiding us through mists of subdued vocal and captivating Indian classical instrumental. Everything about KSHMR set from the music, to the lights, the fireworks, his unique anime-inspired visuals and the pure energy coming from the producer made his set unforgettable. 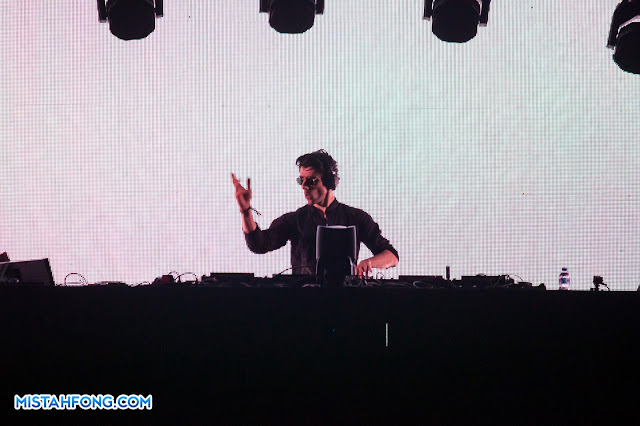 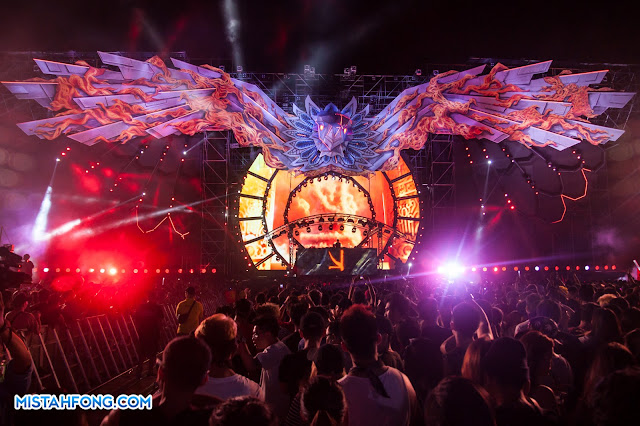 Back to Neon Jungle, Rudimental, the versatile underground tastemaker took us through some heavy based beats being mellowed out and being replaced with a jazzy vibe. Disco lights bounce around the entire venue as the horn players take the spotlight and perform a couple of free jazz style solos much to the crowd’s amazement, they had the crowd up on their feet, jumping and dancing their set. 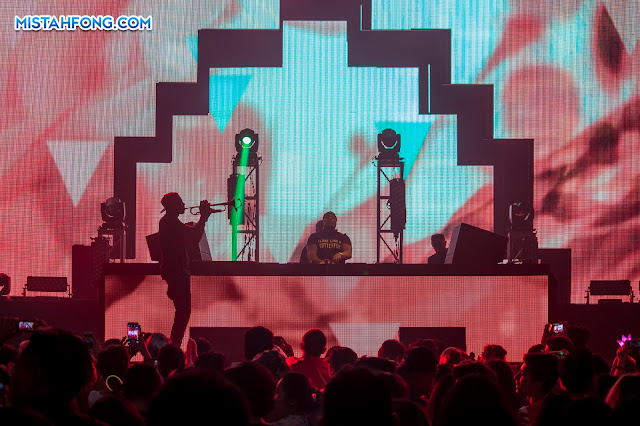 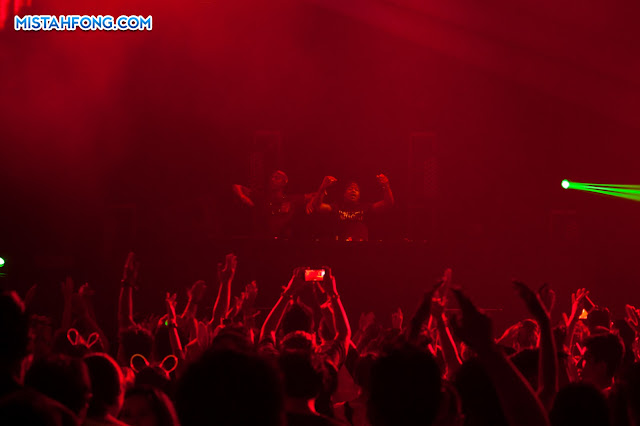 After KSHMR, Zedd turns to filling Garudha Land. He knows how to get the crowds pumping, Zedd directly plays a number of his own hits like “Beautiful Now”, “Clarity”, and “Stay The Night”. Bangin out hits after hits to break the silence of the night. 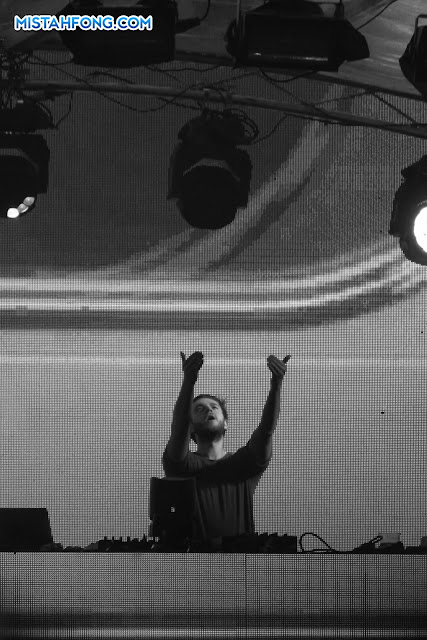 Last performer on Neon Jungle stage was the mustache man Valentino Khan, who brought the hard trap beats, electro with loud melodies and hard bass .When his most well-known song “Deep Down Low” came on, the crowd went crazy when the beat dropped. 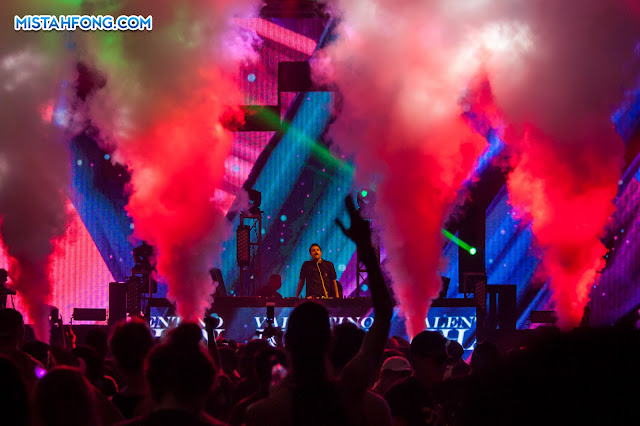 On the Cosmic Station stage, Brennan Heart ended the night with headbanging hard dance such as “F.I.F.O”, “In The End”, “Be Here Now”, “Lose My Mind” and more. The dancefloor was flooded with amazing light/lazer show and hardstyle shuffling plus raging workout. 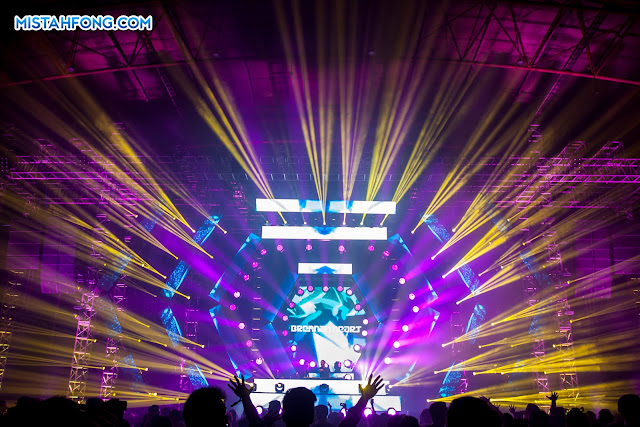 Closing out day on main stage one was the newly crowned No.1 DJ Martin Garrix. He turned the energy up with his big room progressive house and kept it playful by incorporating a few different renditions from the chords of his infamous festival hits such as “Do Not Look Down” and “In The Name of Love”. Thrumming with the constant bass and sound and everyone was getting swept up in the energy. Finally, a blaze of fireworks explodes into the sky, signaling the last note of musical mayhem leaving festival goers in excitement and awe. 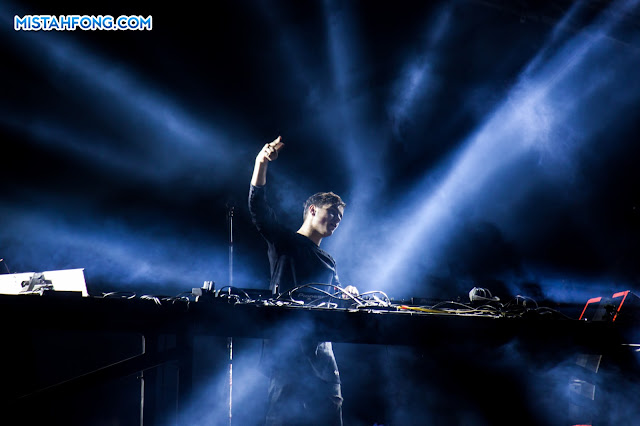 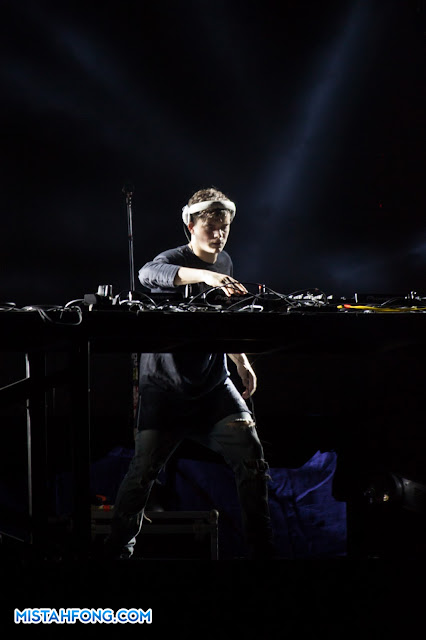 The party continued throughout Day 2 of DWP, with Hardwell, DJ Snake, Yellow Claw and more taking the stage. On the second day the Neon Jungle turned into Life In Color (LIC) Kingdom stage. A big lion head that complement the theme for this year’s LIC. In between their performances, the crowd was entertained by bursts of colored paint from the stage. And the third stage called Darker Side, offered an array of deeper soundscapes, underground music, techno and house. 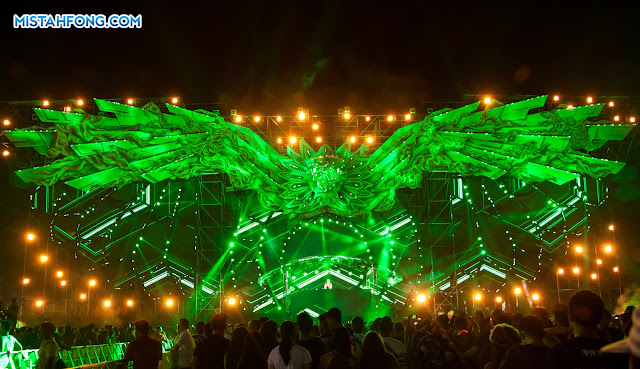 The Belgian DJ Lost Frequencies drew from a massive catalogue of incredible tracks such as “Are You With Me”, a deep-house remake of Easton Corbin’s similarly-titled country hit, and then backed it up with a massively successful original called “Reality”, keeping the crowd moving on their feet. 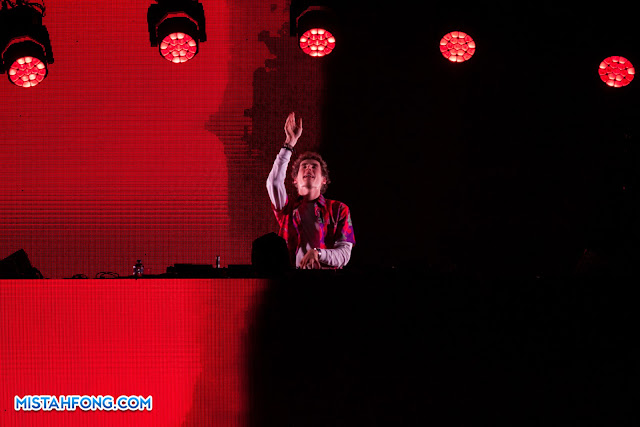 Blasterjaxx took the crowd of fist pumping and cheering with his big room house tracks! The mixing crowd pleased by foot stomping tunes such as remix of Linkin Park’s “In the End”. Half way through the set, the CyberJapan Dancers made an appearance equipped with sexy oufit and routines. 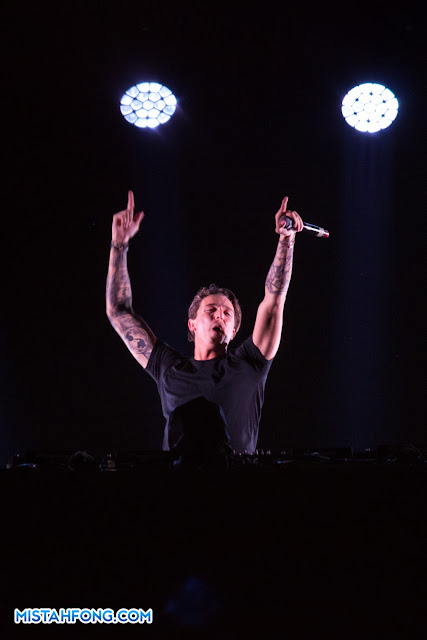 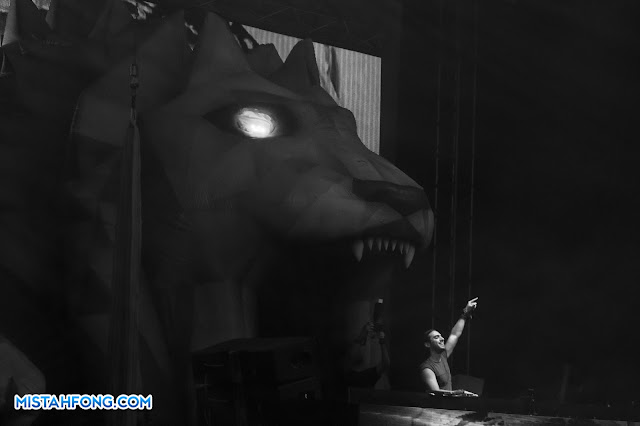 Next up was W&W, a progressive trance duo / bootleg kings from the Netherlands slayin the main stage. Their set varied between trance, house and progressive music as the two Dutch natives continued to hypnotize the audience with their unique sound. Also CyberJapan Dancers made an encore appearance with new outfits. 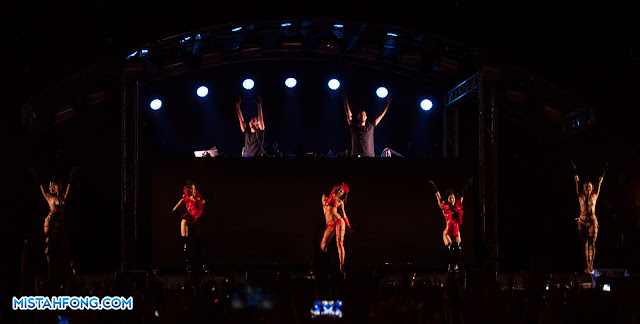 On the other side, also known as The Darker Side stage, Yesterday Afternoon Boys, tech house prodigy Hot Since 82, veteran French-Canadian producer Tiga sparked energy in the people partying and the crowd was exploding with energy that was truly remarkable. 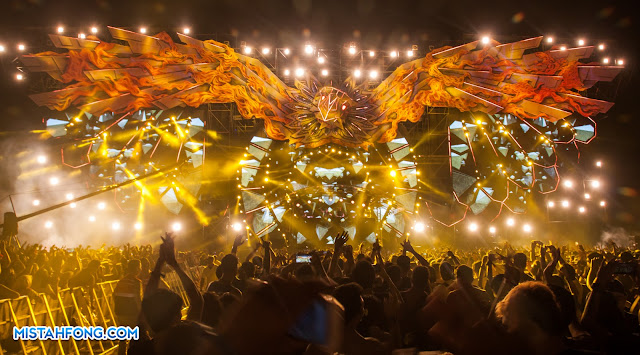 Back to Garudha Land, DJ Snake performed good mix of trap, future bass, dubstep and drove the crowd wild with global hits like “Let Me Love You”, “Propaganda”, “Lean On” and “Turn Down for What”. During the catchy hits “Middle”, Snake’s request for partygoers to turn on their mobile gadgets’ lights wave it in the air turning the arena into a dazzling constellation. Also like last year or maybe everytime during “Get Low”. He will ask the whole crowd to crouch as low as they could, just before he played the verse and as soon as the beat dropped everyone jumped as high as they could to match the DJ’s unreal energy.

Yellow Claw also hit the DWP in 2016 with a set that filled the the LIC Kingdom hall. The rising star group Yellow Claw pumped up the crowd who flooded the venue and poured to the dining area next door. With their hardstyle mixes to hip hop, dubstep, trap, tropical and R&B house genres. Played their world-famous tunes “DJ Turn it Up”,”Till It Hurts”,”Shotgun” and more,  also the viral sensation “Dat Stick” by Rich Chigga. It was hard for everyone not to be either shaking their hips or pumping their fist to arguably the hardest hitting set of the evening. 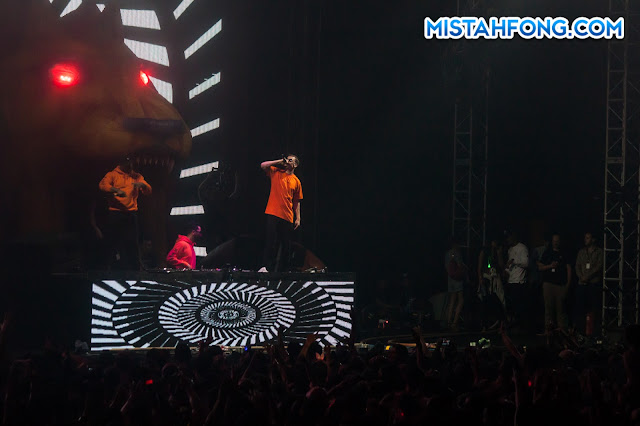 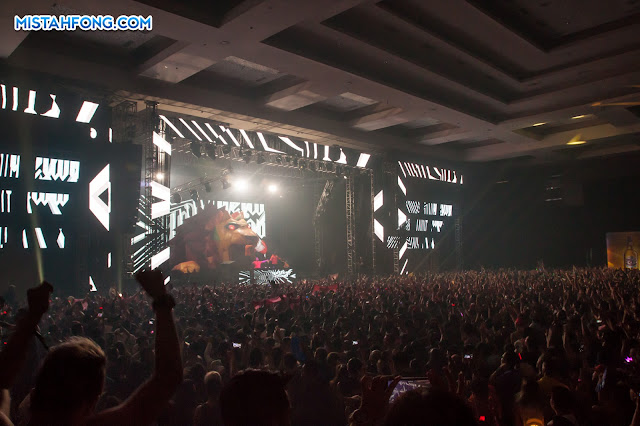 Legendary Carl Cox ends the The Darker Side stage and had the crowd bouncing for his entire set. Carl played from all of the major techno and tech house labels. Carl kept the place on their toes for his complete 2 hour set. The crowd is now completely lost in groove as Carl Cox points and smiles and oh-yeses his way through another legendary performance. This year also special because Carl Cox made his debut in Indonesia. 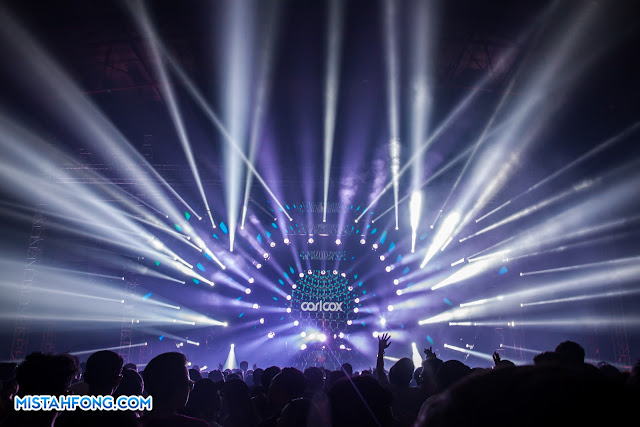 Two-times world No.1 DJ, Hardwell kept the party going until the very end of Day 2 and rallied with his progressive house, big-room stylings were immediately obvious in his set. Deep drops, bass kicks and a driving beat that managed to motivate folks who’ve been partying for 2 days straight to keep dancing. Hardwell ended his show with fireworks lighting the sky. 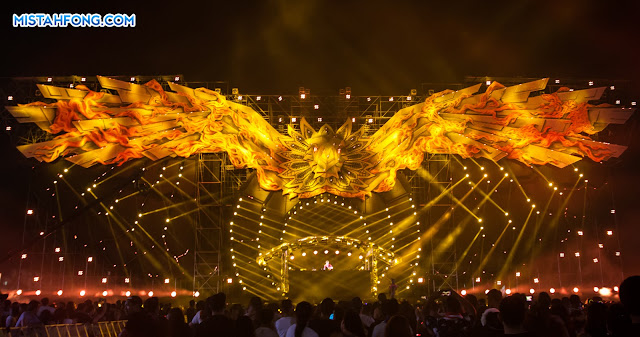 As the night ended, we were reminded again of the incredible production quality from the colorful LED panels all over the stage, beamed out lasers and vibrant visuals that continued throughout the two days. The visuals were insanely epic. It’s this level of sights and sounds delivered perfectly with a stacked lineup of world class DJ’s which makes DWP 2016 one to be remembered. 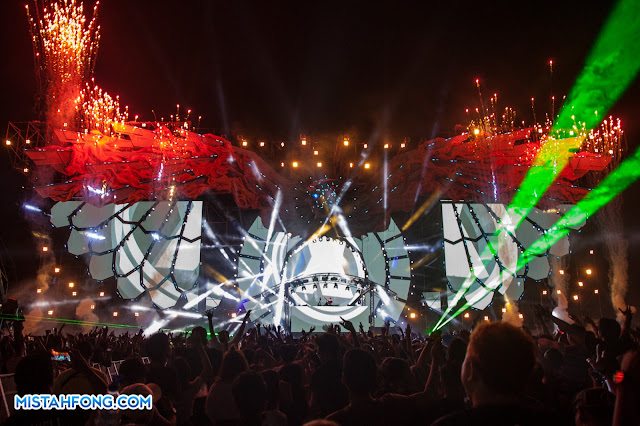