After the success of ‘The Bangkok Landing’ in November 2014, Arcadia returned to Thailand on the 23rd January this year to reconquor the heart of the city with an even more spectacular and octane rich theatrical event. 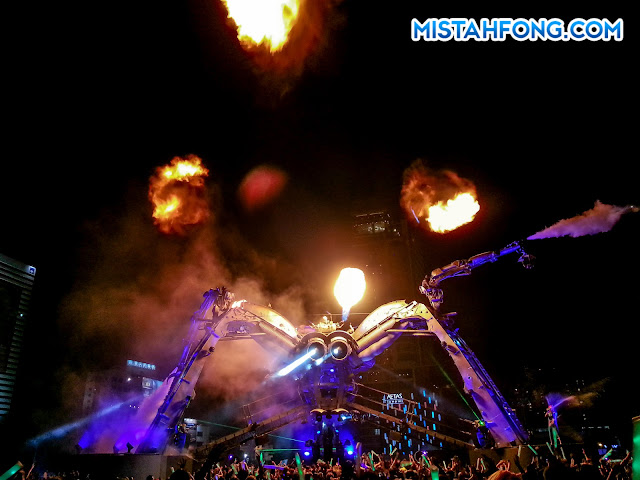 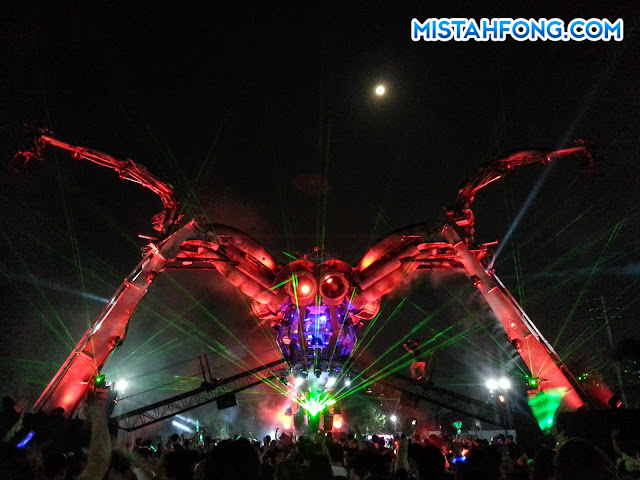 Featuring local & international acts such as DVBBS, Kaskade, DJ BL3ND, Must Die, Zomboy & Arcadia Soundsystem who climbed up to the suspended DJ booth to make awesome tunes thunder out of speakers that seem to be all around. 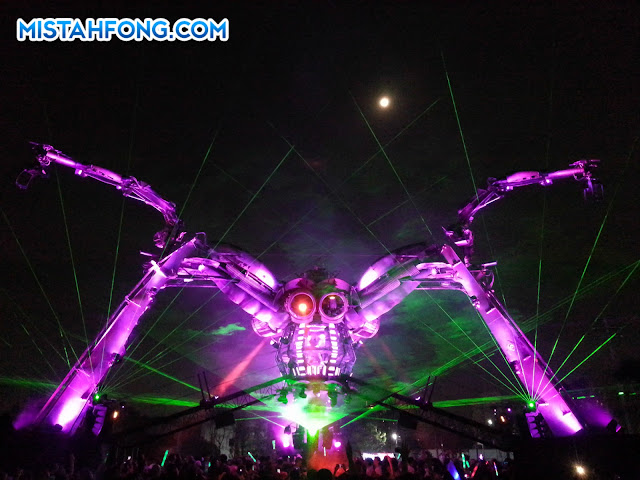 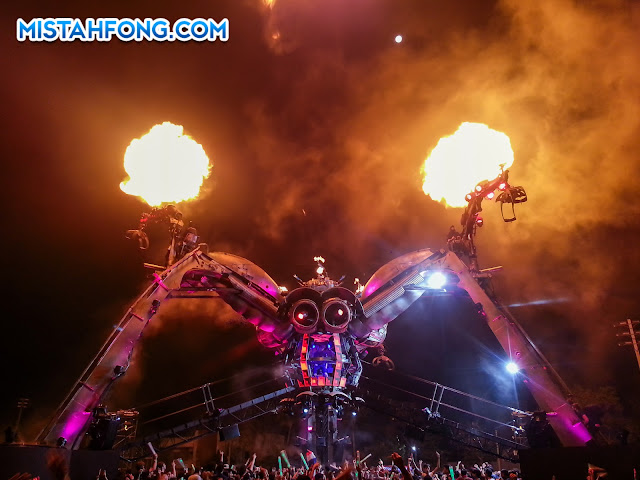 Launched in Glastonbury in 2008, Arcadia has become a UK music festival staple and a worldwide phenomenon, showcasing the latest music talents on the world’s most amazing stage. 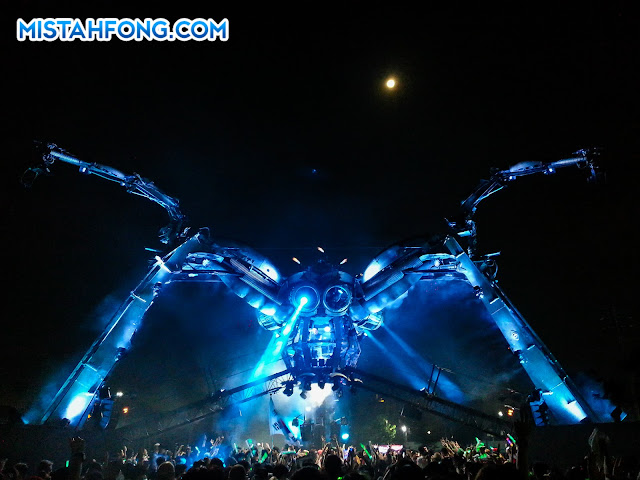 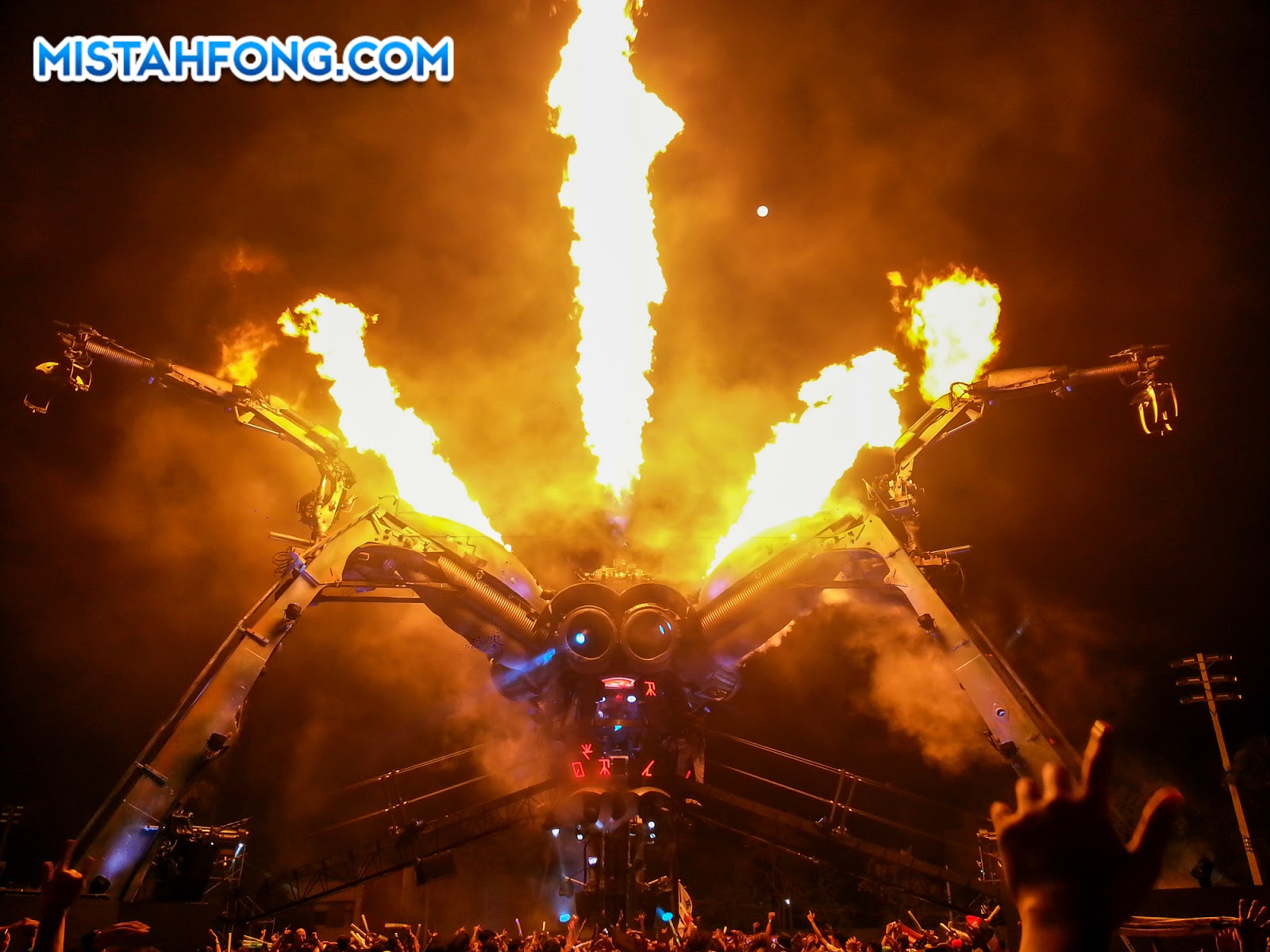 An annual expression of the creativity behind the festival, this year, the giant 360-degree spider-like stage, made up of 50 tonnes of recycled military hardware and industrial components spewing fire turned the discarded machine parts into a fusion of cutting edge technology, sculpture, engineering and architecture in the form of an epic-scale dancing monster. 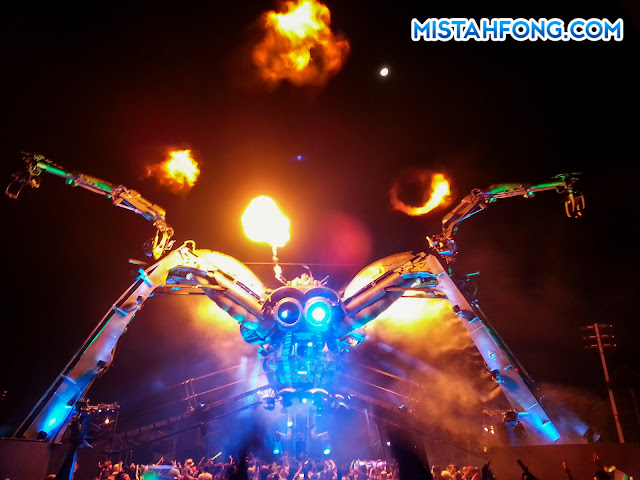 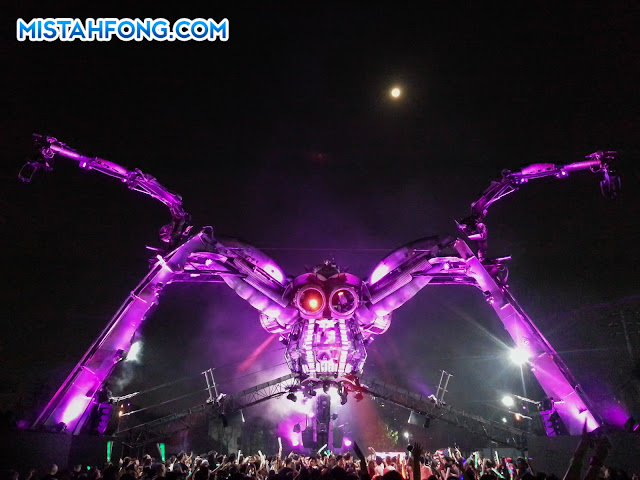 Raving under the moon. 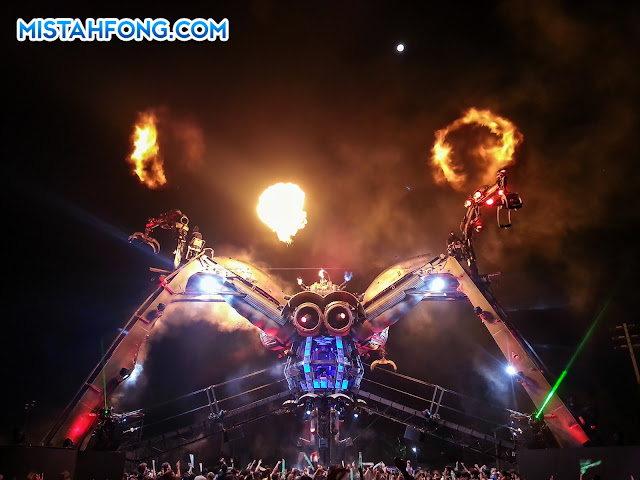 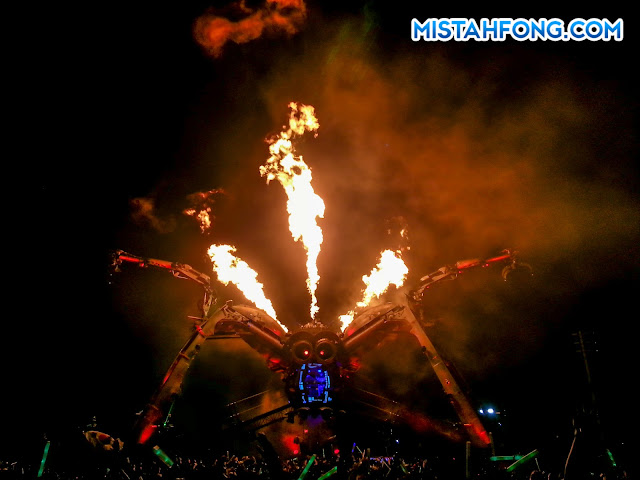 A giant metal monster that can shoots out flame up to 50ft, blasting hot fireballs, spitting CO2 smoke also dazzling symphony of lights and lasers. 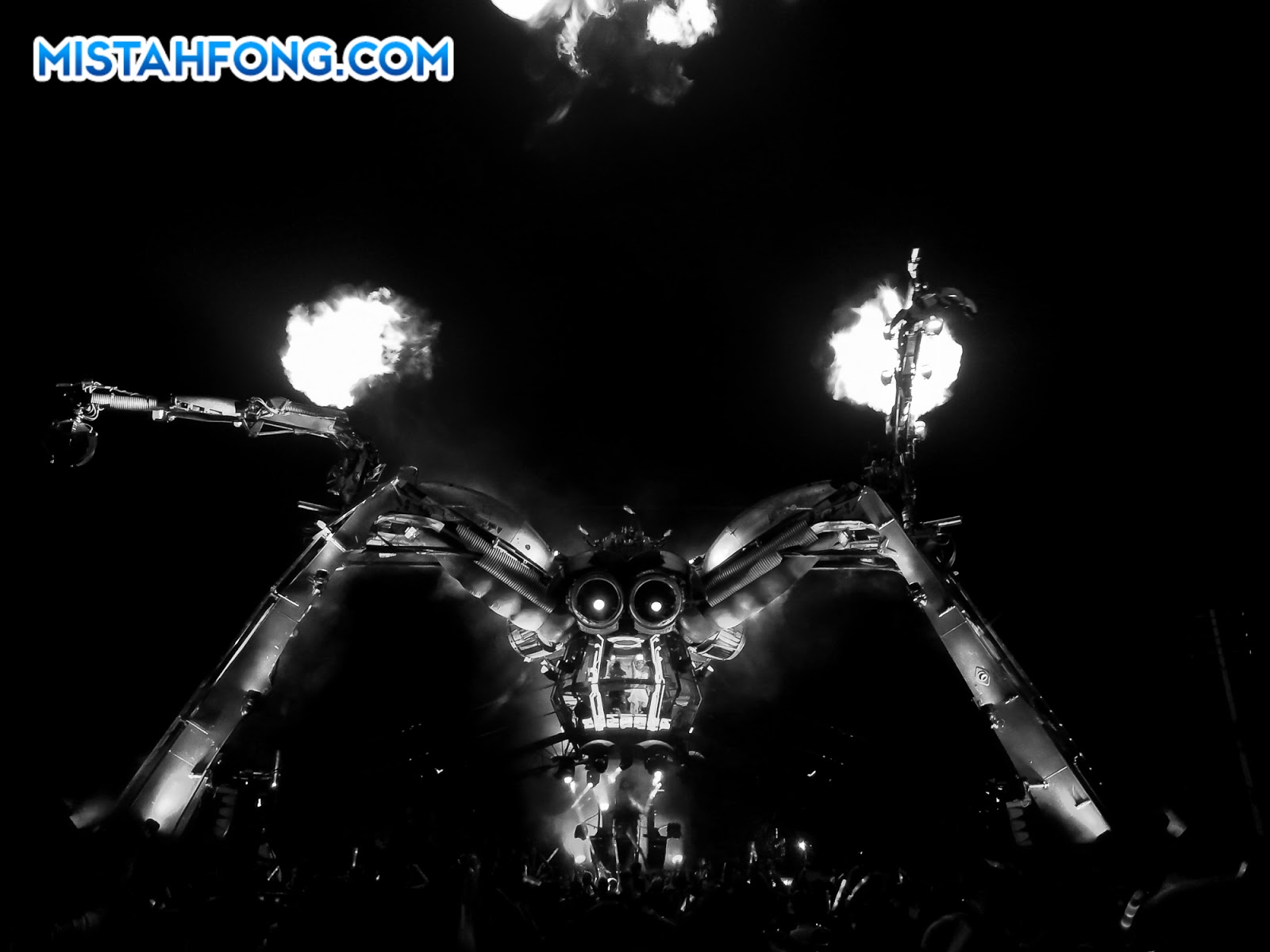 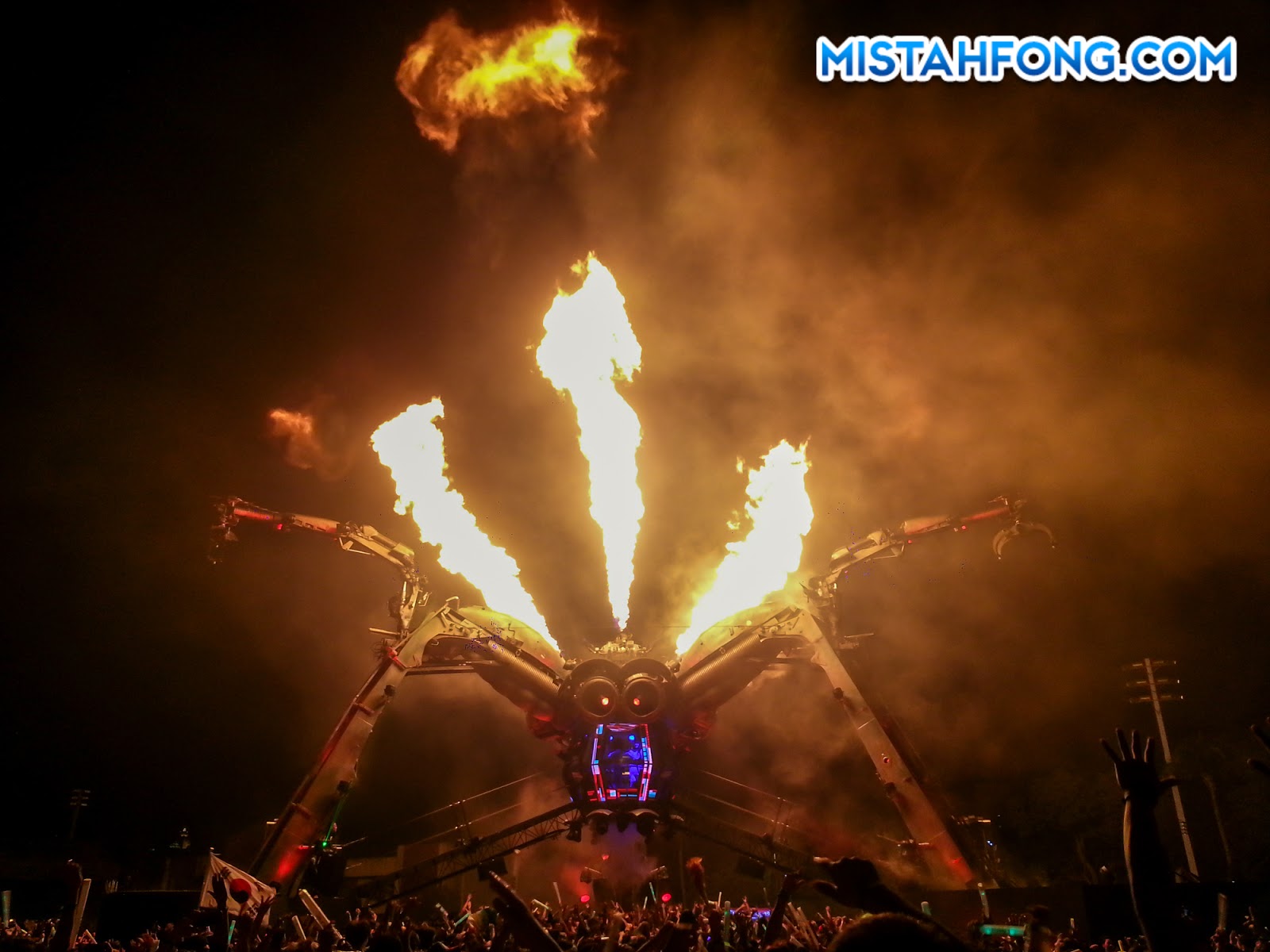 At the heart of the arachnoid structure, a DJ booth hung suspended over the ground by three legs which allowed the crowd to dance their asses off on a special stage below the metal monster. 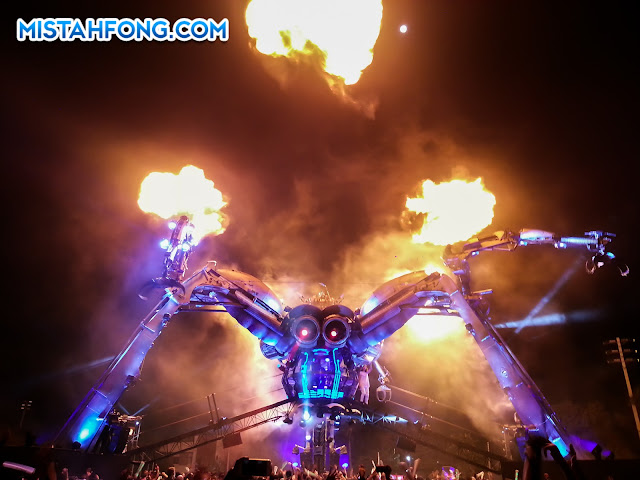 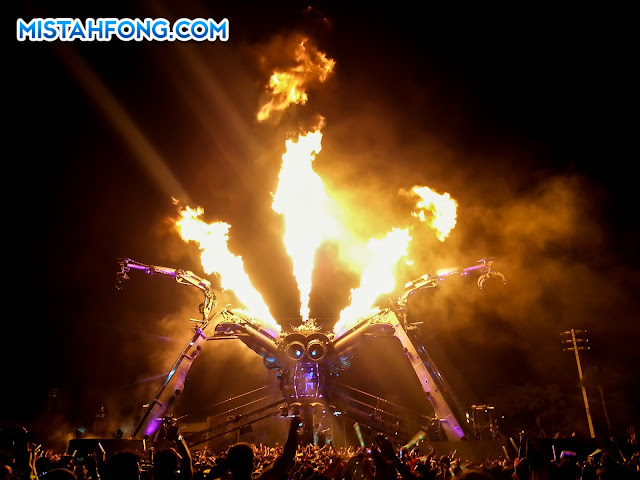 Spotlights beamed out of its eyes and moving 360, staring into the crowd, and the LED light on the DJ booth lit up the stage. 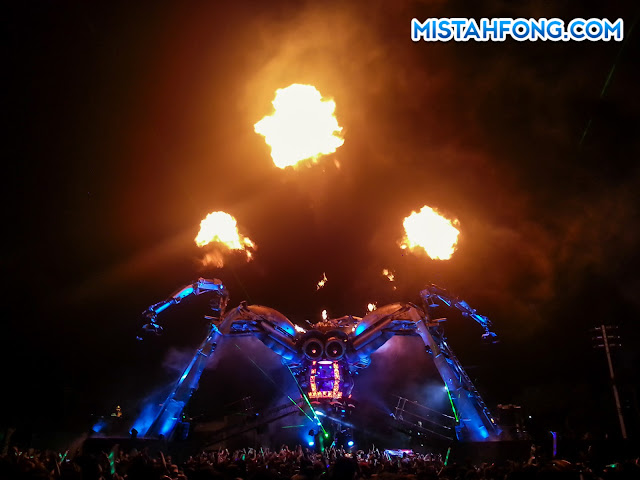 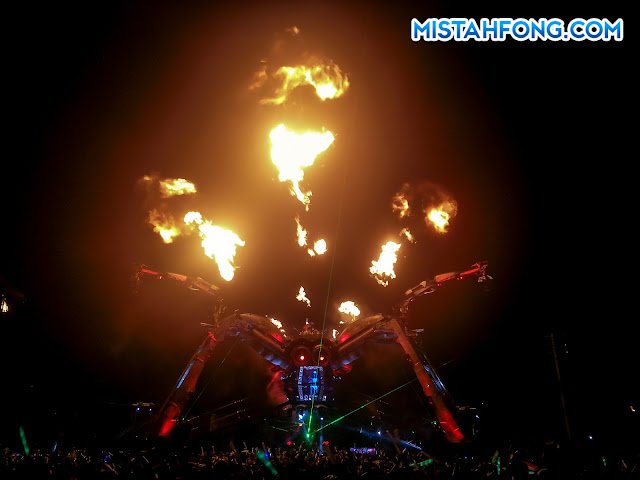 Flames reach up to 50ft, and the heat could be felt from 50 metres away and lit up the Bangkok night sky. 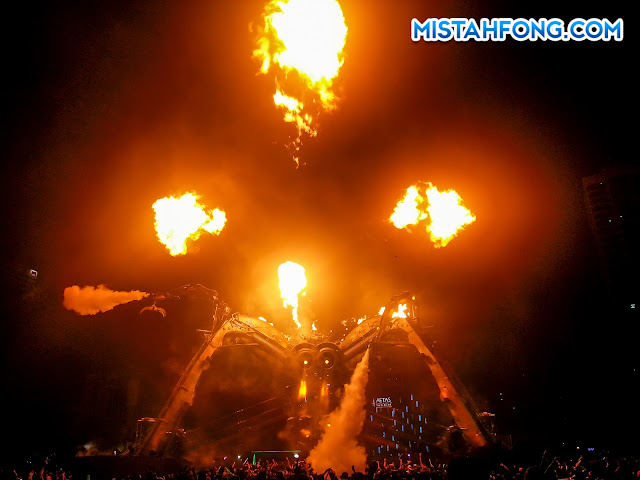 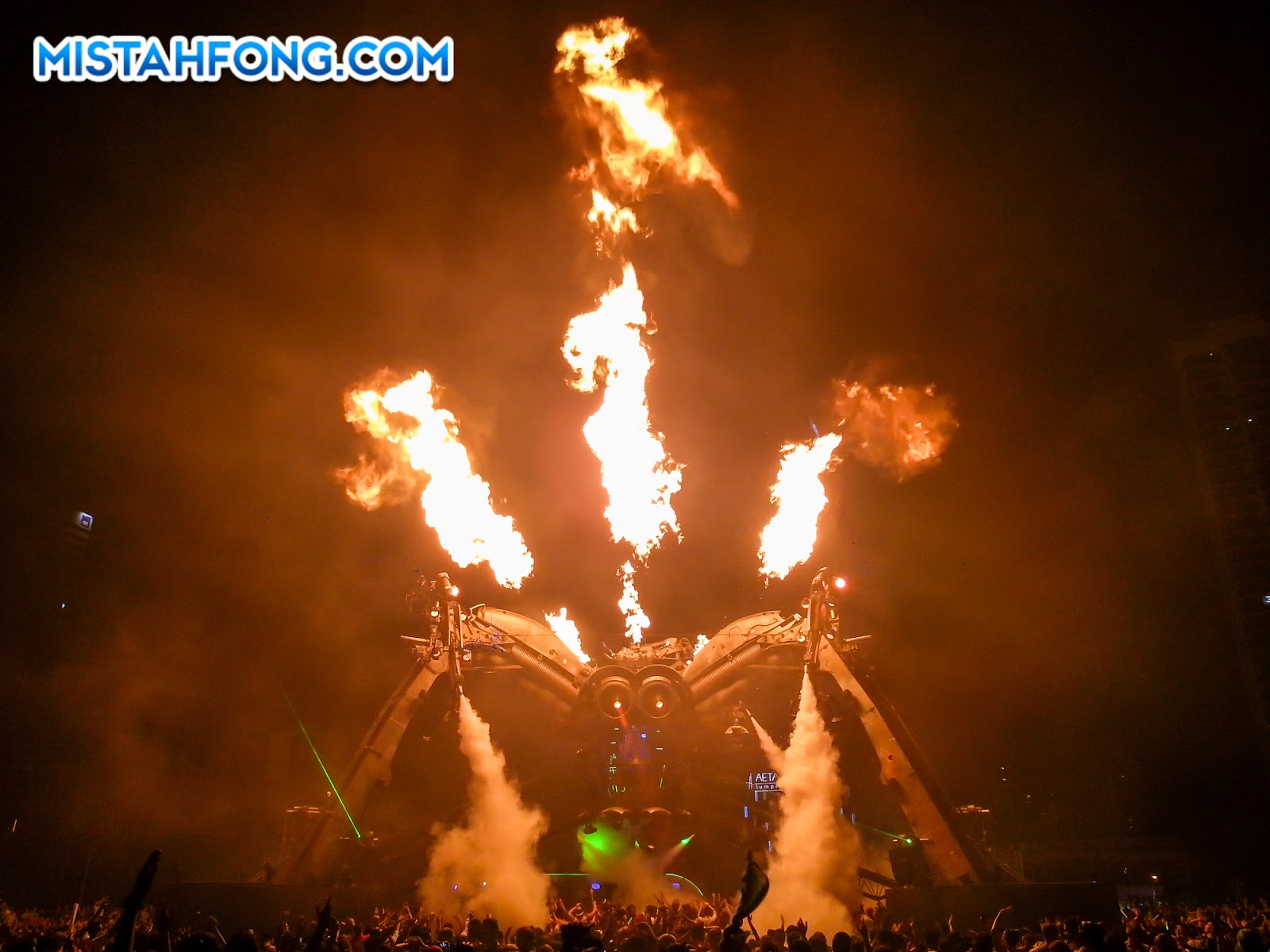 A fire-breathing stage with a blend of local and international DJs. The show boasted a wide variety of music including dubstep, drum ‘n’ bass, electro, progressive house, and of more. Fusing into a well-rounded sonic adventure that kept the crowd raving all night long. 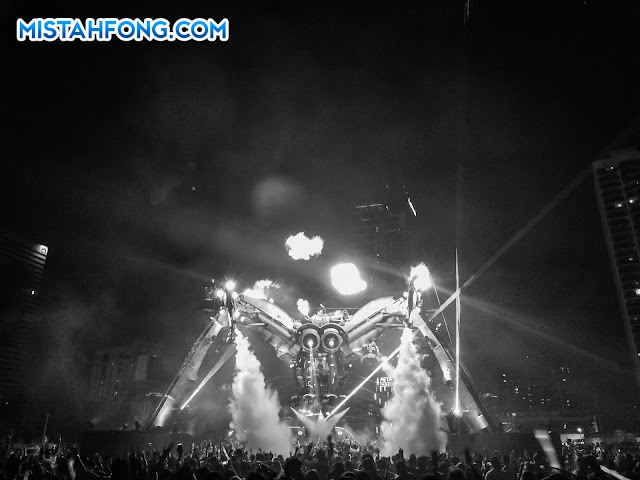 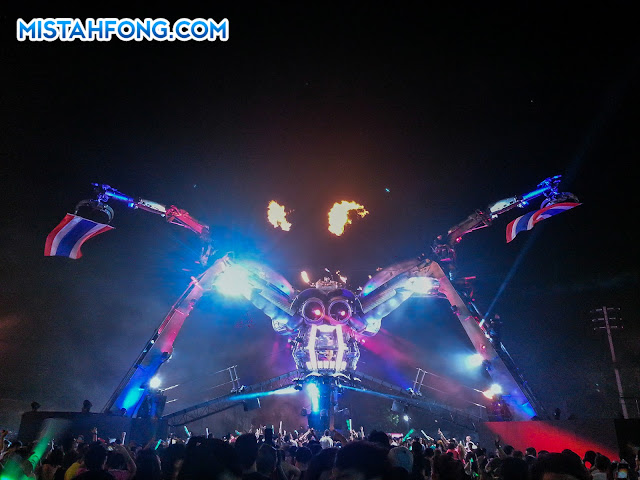