Launched late December, Tiger Beer’s Chinese New Year Campaign ‘Abundance of Prosperity’ has started to bring early new year blessing and joy to consumers nationwide. To date, seven consumers have claimed the big RM8,888 ang-pows, with 43 ang-pows still waiting for the lucky winners to grab until 15 th February 2017. All consumers have to do is purchase any big bottle of Tiger Beer, Heineken Beer, Guinness Stout, or Anchor Beer in coffee shops, food courts, and restaurants, and check the bottle cap liners to see if they have the winning bottle cap liners. 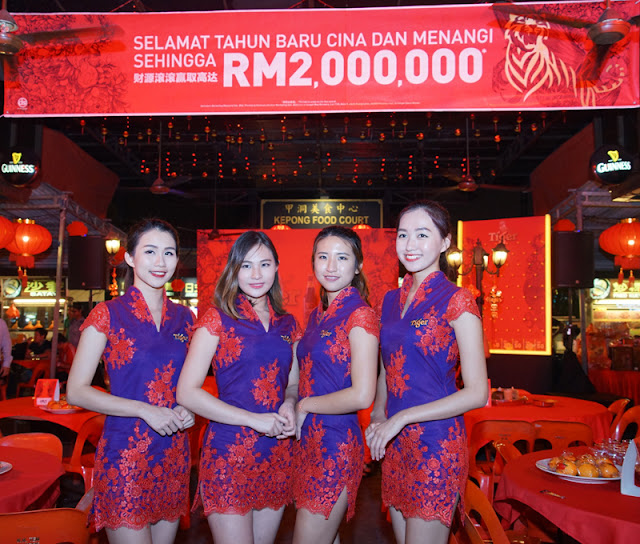 Since the beginning of January, Tiger Beer has been visiting selected outlets nationwide such as Kajang Food Court, The Old Mansion in Lunas and Pusat Makanan Taman Tasik in Taiping. In addition, consumers who pre-purchased special dinner tables at these selected outlets will receive a specially designed Tiger Yee Sang set.

Thus far, the seven lucky winners hailed from Penang, Ipoh, Johor and Klang Valley respectively. One of the four winners from Klang Valley was Chong Yoke Wan, who was duly rewarded by her favourite beer, Guinness Stout during her regular drinking sessions with her friends at the local coffee shop. “I have only won smaller prizes in the past Chinese New Year campaigns so I never thought I would have the luck to win big. This is the first time I have won such a big ang-pow, and to win just in time for Chinese New Year definitely makes it even more memorable. I’m planning to celebrate my win with my friends who were with me that night!” said Chong excitedly.

Another winner from Jinjang Utara was Kah Shee Keong, who bought the winning Tiger Beer from a coffee shop to drink at home after work. Kah said, “I knew Tiger Beer always have promotions during Chinese New Year, so I was checking out the bottle cap liners whilst not expecting to win anything. I’m so glad that I decided to stop by the coffee shop that night despite being quite tired!” 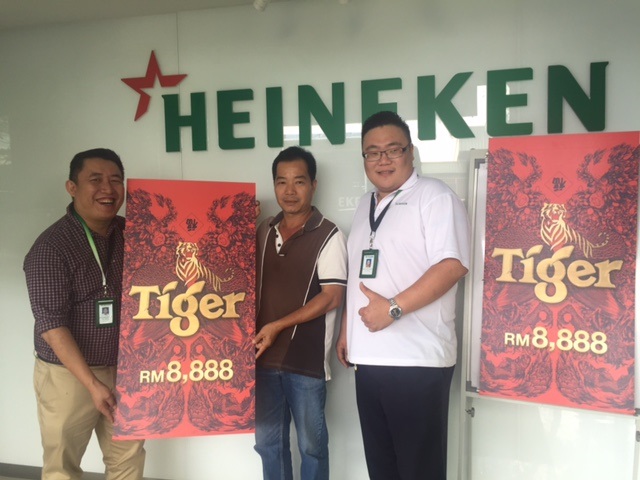 Tan Peng Chong was the first identified winner from Gelugor, Penang to win the RM8,888 Ang-Pow. According to Tan, this was his first time winning a big reward and winning it before the Chinese New Year signified a lucky start of the Rooster Year for him. “Since there is still time for me to try my luck, I’m hoping for a double happiness by winning another RM8,888 Ang-Pow from Tiger Beer,” enthused Tan. 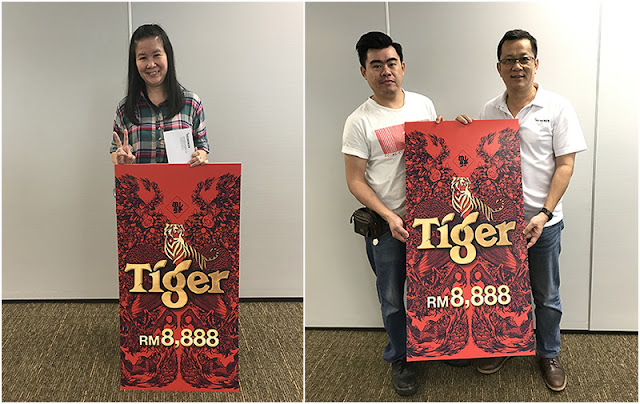 By the end of this campaign, Tiger Beer will have more than one million winners of prizes worth up to RM2 million in the form of cash ang-pows of RM8,888, RM2 rebates on beer purchases, and exclusive sets of playing cards. All consumers have to do is purchase any big bottle of Tiger Beer, Heineken Beer, Guinness Stout, or Anchor Beer in coffee shops, food courts, and restaurants, and check the bottle cap liners to see if they have the winning bottle cap liners. In addition, when purchasing two big bottles of Heineken Beer or Guinness Stout in participating outlets, consumers will be given a “Match & Win” scratch card for more chances to win big. Winning scratch cards, along with the correct answers to simple questions will entitle the consumer to a RM2 rebate on their next purchase of a big bottle of Heineken Beer or Guinness Stout. 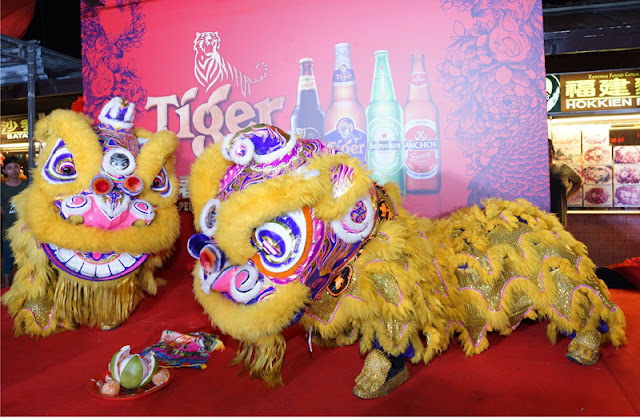 Andrew Woon, Sales Director of Heineken Malaysia Berhad said, “It is a great honour to be able to share joy and prosperity to as many loyal consumers as possible as our way to thank them for the support. We are excited that by the end of the campaign, we would have rewarded a total of RM2 million worth of cash and prizes, starting their new year in the most auspicious way. Tiger Beer is also spreading the new year joy through exciting outlets programme nationwide until the end of January with live performances, exciting on-ground engagements, and games with cash and prizes up for grabs.” Meanwhile, consumers who are preparing for reunion dinners at home should visit supermarkets and hypermarkets to look out for Tiger Beer exclusive CNY packaging, available in 18-can and 24-can packs. The special 18-can packs, available at selected Giant and AEON Big stores throughout Malaysia, include two sets of exclusive Tiger CNY ang-pow packets – perfect for sharing the abundance of prosperity with family and friends this Lunar New Year. 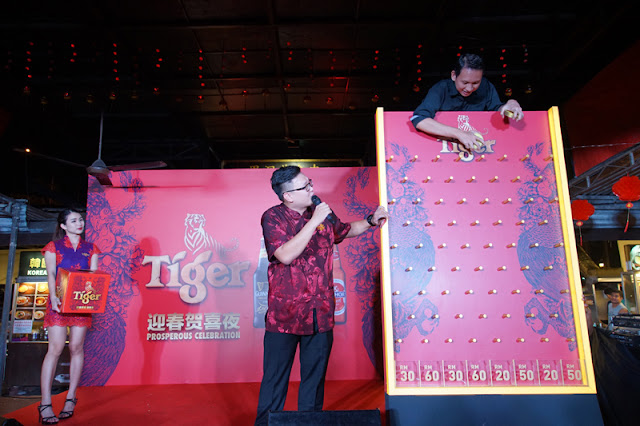 A lucky patron of Kepong Food Court trying out the Rolling Board of Prosperity.

To have a prosperous year ahead, make sure you don’t miss out on the chance to win your share of the abundance of prizes yet to be awarded. There’s no better time to celebrate with Tiger Beer and the rest of HEINEKEN Malaysia’s award-winning range of iconic brews!

For more information on this campaign and the abundance of promotions, as well as the dates and locations of outlet events, please visit https://www.facebook.com/TigerBeerMY

*These promotions are only open to non-Muslim Malaysians who are 18 years old and above.

*HEINEKEN Malaysia advocates sensible drinking and encourages all consumers to practice Drink Sensibly at all times. For more information on how to Drink Sensibly, please visit www.drinksensibly.com.my