Known for having almost a cult following in the whisky world, The Brown-Forman Co. is a name all too familiar to whisky lovers. Having owned two Highland distilleries and one Speyside distillery, the company is the proud owner to some of the most premium ranges of single malt expressions, along with regular limited editions and single cask releases. The Brown-Forman Co. now brings the world thecoveted Glendronach, Glenglassaugh and BenRiach. 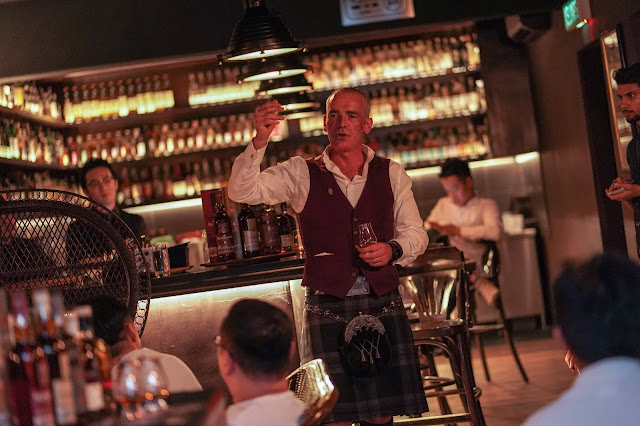 Stewart Buchanan giving a presentation on the award winning whiskys

THE GLENDRONACH
From its home in the Scottish Highlands, the GlenDronach Distillery – ‘Valley of the Brambles’ – has been creating the finest sherried single malts for nearly 200 years. In 1826, the exuberant and extroverted James Allardice founded the distillery and produced his ‘Guid GlenDronach’ Single Malt Scotch Whisky. The distillery was named after the ‘Dronac’ burn, which flows through the grounds of the distillery. 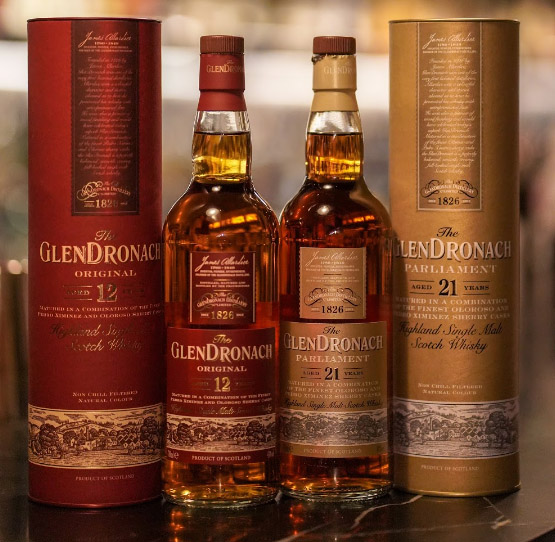 Situated in the valley of Forgue, by Huntly in Aberdeenshire, the GlenDronach Distillery is home to some of the most richly sherried whiskies of inimitable and individual character. As was the case in 1826, the GlenDronach Distillery focuses on the marriage of fruity and nutty Oloroso Sherry casks and the rich Pedro Ximenéz casks. A quality cask is as vital an ingredient in our whisky as the water that runs off the hill or the barley that grows in the fields. Over the years of extended maturation, these carefully seasoned casks help to create the unique richly-sherried style that The GlenDronach is famous for.

GLENGLASSAUGH
Glenglassaugh is the only distillery to straddle the Highland/Speyside border, with a coastal position, resulting in taste influence from three locations. The whisky matures in its beach side warehouses exposed to the North Sea air, which lends it intriguing salty notes; a Highland malt with seductive coastal charm. Despite being mothballed for over twenty years, the distillery has a history of proven maturation, with award-winning old vintages dating back to the 1960s, whilst the recognised younger whiskies are bottled at higher strength.

Widely known for several expressions including Revival, Evolution, Torfa, 30 year old, 40 year old and 51 year old, Glenglassaugh is produced using the highest quality of Scottish barley and traditional distilling methods, handcrafted by a small, highly skilled team dedicated to creating the most impeccable quality of products. As this jewel of coastal malt is discovered and enjoyed, it promises to become a cult, contemporary classic.

THE BENRIACH
Pushing the boundaries of malt alchemy beyond the norm, the Speyside distillery is home to the brand BenRiach. One of the two remaining distilleries in Speyside, the distillery holds some of the most experimental casks in the region. Known as an unconventional Speyside whisky distiller, BenRiach distills three malt whisky styles; unpeated, peated and triple distilled. 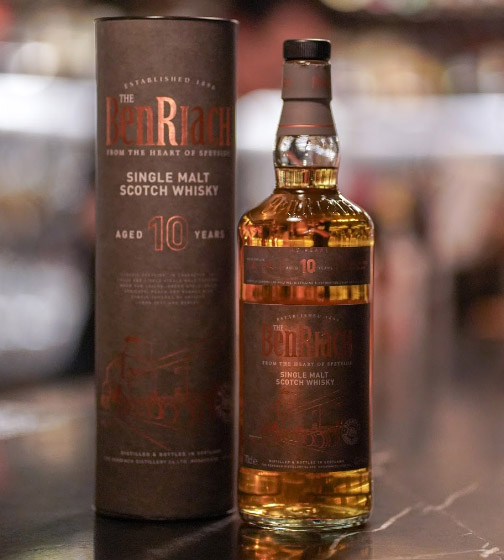 Deep in the still and the darkness of the traditional dunnage warehouses at the distillery, row upon row of the finest oak casks rest, slowly maturing, awaiting the day they develop the classic Speyside character and the light, fruity, fresh-barley sweetness of The BenRiach.

The whisky distilled at BenRiach lends itself beautifully to finishing, and they have become known for its outstanding and innovative range of cask finishes. As they choose a longer finishing time than is common at other distilleries, cask-finished The BenRiach benefits from what is almost a ‘double maturation’. An eclectic mix of casks, varying in size and origin, take their final rest in the legendary Warehouse 13 – the oldest warehouse to remain at the distillery, and the most revered.

Winning several awards including the World Whiskies Awards 2018 and San Francisco World Spirits Competition 2018, BenRiach is known for its flagship Heart of Speyside and Sherry Wood Aged 12 years, together with the BenRiach Aged 10 years, 21 years, 25 years and 35 years. 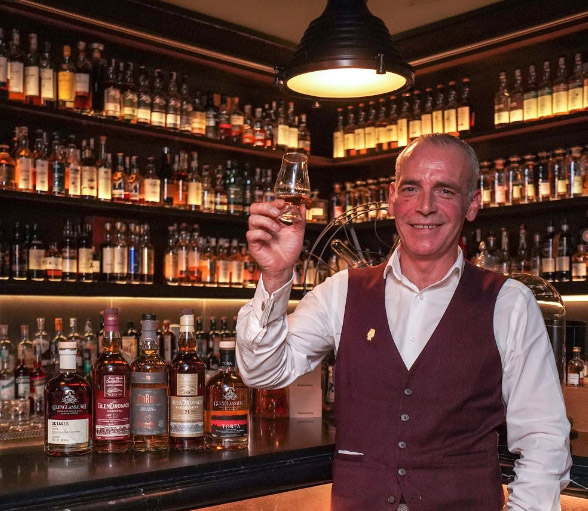 A whisky affair unlike any other, local scotch lovers can now indulge in the world’s most unique and distinguished expressions that exude history, character and elegant taste profiles.