Rock the World; one of the country’s most consistent music festivals, returns for the 17th time since 2000. A gathering of the greatest from the local rock scene, from the underground to mainstream, all under one roof. Like previous years, even the weather was rocking up a storm but the cold and rain didn’t keep thousands of rock fans from getting into the Bukit Jalil carpark. Unlike previous years, with only one stage, fans didn’t need to rush around to catch their favorite act and the audience was a unified whole, going on a journey with the best rock Malaysia has to offer. 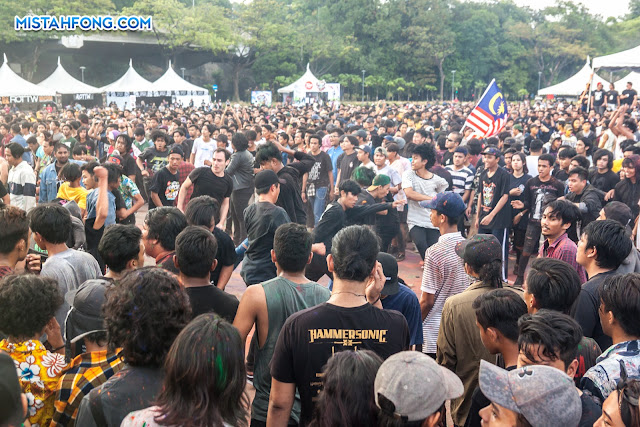 At noon, the stage was given to the new generation of local rock including Escape Plan and Floor Next Door. When the crowd was good and warmed, punk band Brawk followed with hardcore metal, Farasu, The Suspects AKA, Maddame, Maddthelin and Blind Tribe all delivered a driving power set which mesmerized and brought in the early bird crowd. 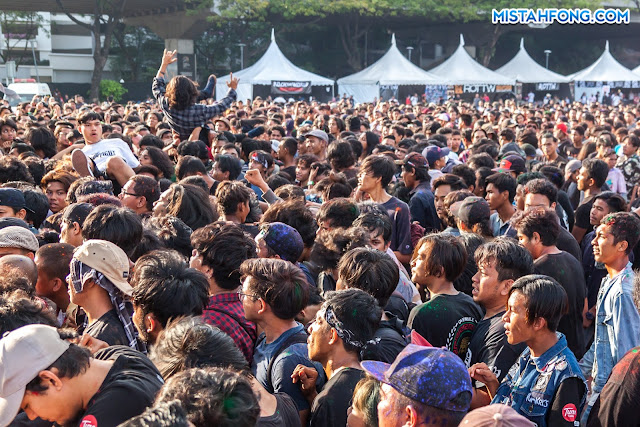 Iqbal M band definitely stole the limelight; the indie/alternative band lead dressed up as a ghost with complete with full make up while belting out crowd favorites like “Antara Dua Darjat”, “Kesatuan” and “Paling Cinta Dalam Dunia”. 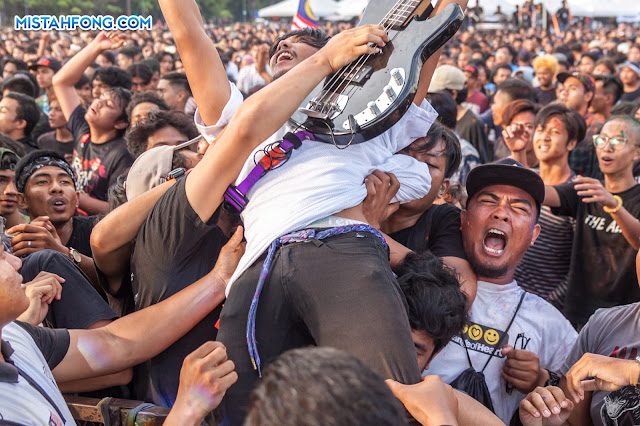 Then came Roots N’ Boots; the skinhead band starting their fiery performance to a pumped up the crowd. Staring with “Bangkit”, lead singer Achmed brandished a Palestinian flag in a show of support to recent issue, and later the crowd waving Malaysian flags during “Made in Malaysia” made it feel like in a Merdeka celebration. 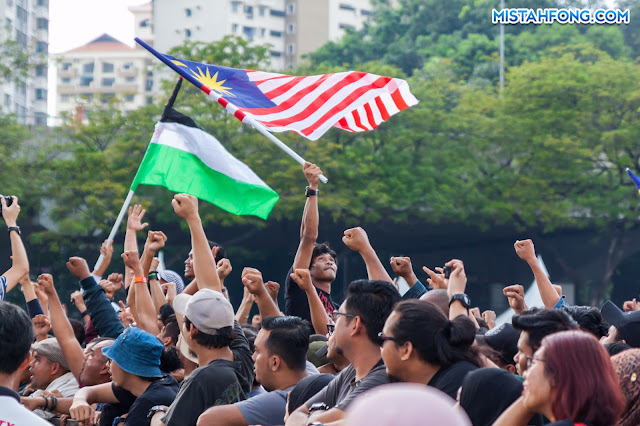 The stage was then set for Thy Regiment, they kept the energy high throughout their set, from “Uprising” to“Never Look Back” and “Hardcore Spirit”. Putting on a crowd-work clinic, an ear-ringing set. Accompanied by much crowd headbanging, there were mosh and circle pits & much crowd-surfing from the beginning to the end of their set. 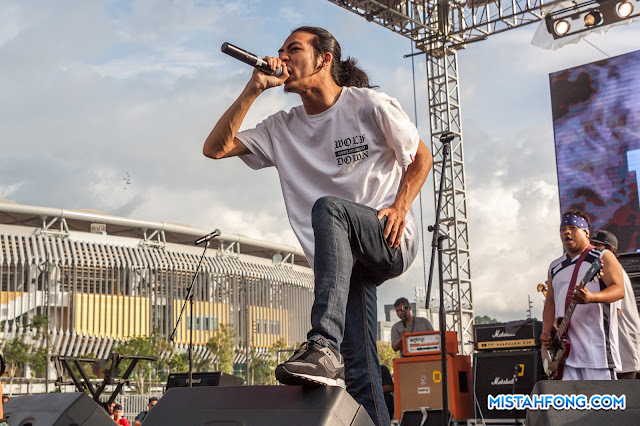 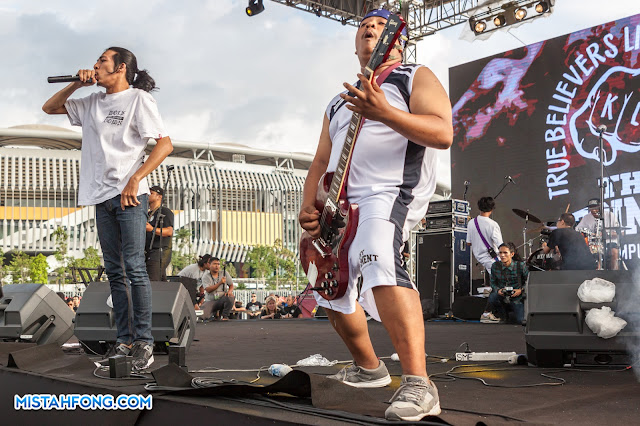 As with previous years, Rock the World repeated their ‘color mosh’ tradition for the 5th time this year. Celebrating the local music scene with of multicolored powder accompanied by hard rock music blasting the speakers in a collision of audio and visual stimuli.

Up next was Massacre Conspiracy, in the hard weather they hit the stage, drawing everyone’s attention away from the driving rain. Kicking off with a set of classic rock songs from the screamo heads as “Parasite”, “An Empty Promise” and“Risen from the Grave”. Immediately the fans started a moshing and head banging work out under the heavy rain. The band had a ton of energy which they delivered right to the audience. 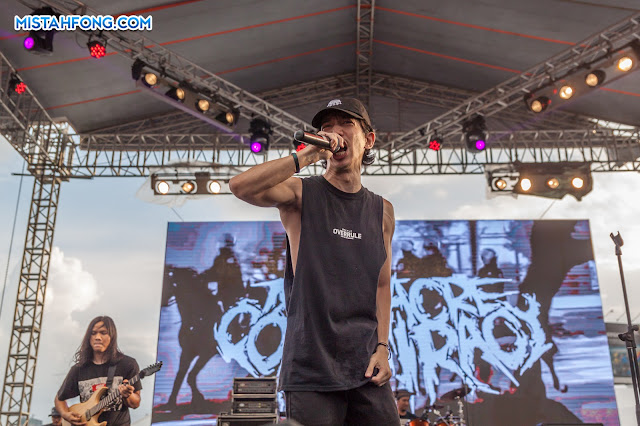 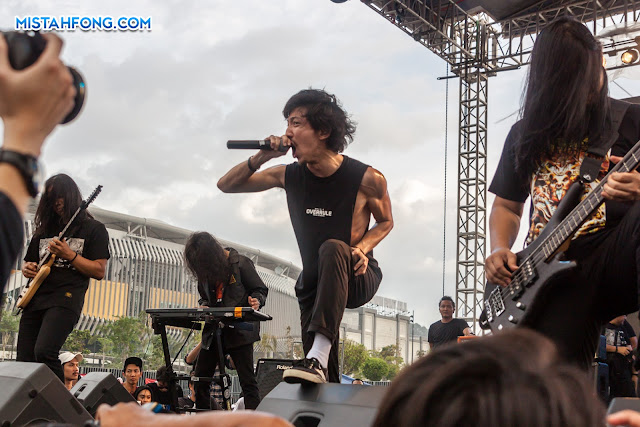 The weather relented during Masdo’s set; the ‘Pop Yeh Yeah’ inspired band transported the rock festival back in time to the 60’s. Got the crowd extremely exhilarated and dancing along to ‘Yeh Yeh” hits such as “Malam Pesta Rock n Roll”, “Bunga” and “Teruna Dan Dara”. 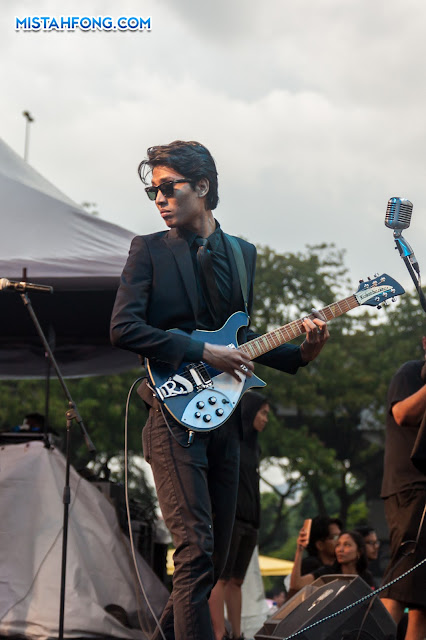 Halfway through Gerhana Ska Cinta’s set, the skies began to rock again, first in melodies then in full on orchestras but the party just wouldn’t die. The adrenaline was high and the rain, it appears, invigorated the audience even more while songs like “My Boy Lollipop” and “Senyuman Ragamu”; skankin all the way til their set ends. 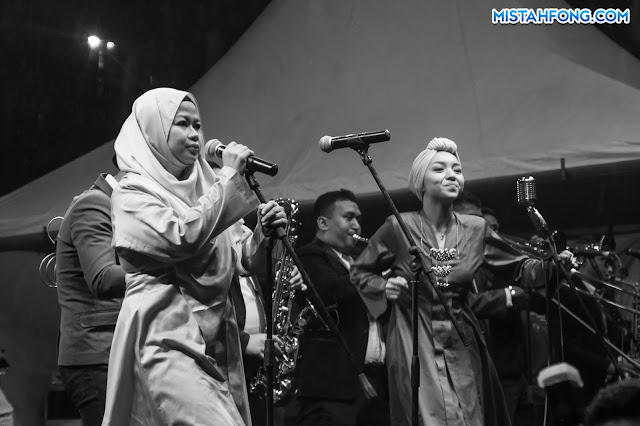 Ipoh’s finest Britpop, SevenCollar T-Shirt, one of the most established local English bands, took the stage next, slowing down the tempo of the show with alternative rock songs. They picked great songs from their wide repertoire that included “Lucky You” and “Fragile”. 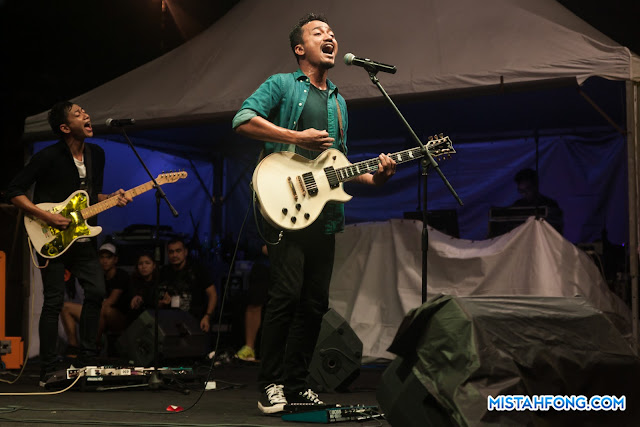 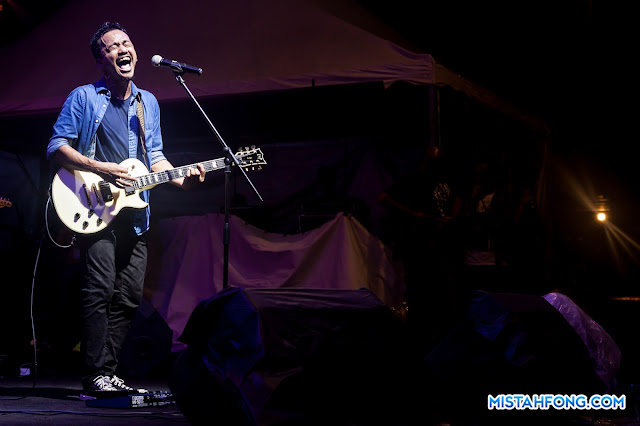 Next up was psychedelic/blues band; Zip Zieller. Those guys are so fun to listen to and it was a nice break from the heavy metalcore tones. Those guys were having an absolute blast on the stage and the mood was infectious. 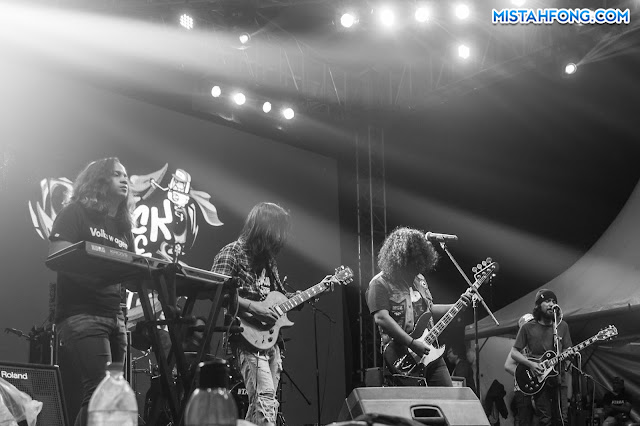 Naratu got the crowd good from the scissor-sharp crunch of a guitar to the gut-rattling moan of a bass as the speakers blurted out brassy, hardcore songs such as “Pergi Mampus “, “Keramat Durjana” and “Maki Hamun”. Naratu’s lead singer Ijam joined the crowd in battling the elements as he came to stage front and ended the set with a crowd sing-along-song to “Pukimak” as crowd surfing fans gave the security guys a bit of work.

The stage was then set for Bunkface, they began the night with “Bunk Anthem,” one of many cuts to surface from the band’s blistering 2010 album Phobia Phoney. Then they got the crowd on their feet and grooving to “Malam Ini Kita Punya” then slowed the tempo down with “Kembali” accompanied by a sole guitar. Not forgetting award winning “Situasi” by getting the crowd to sing along with them and they ended the set with “Resolusi”. 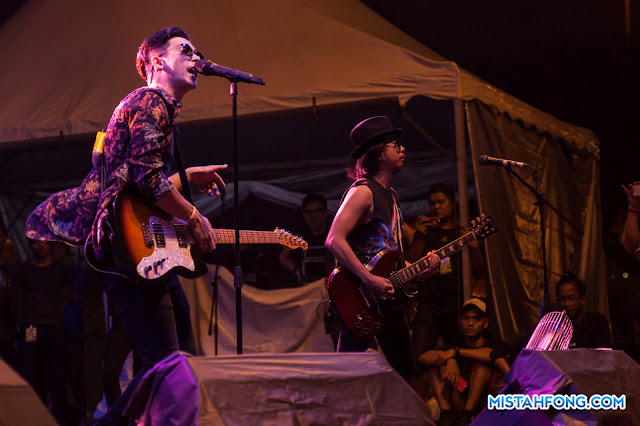 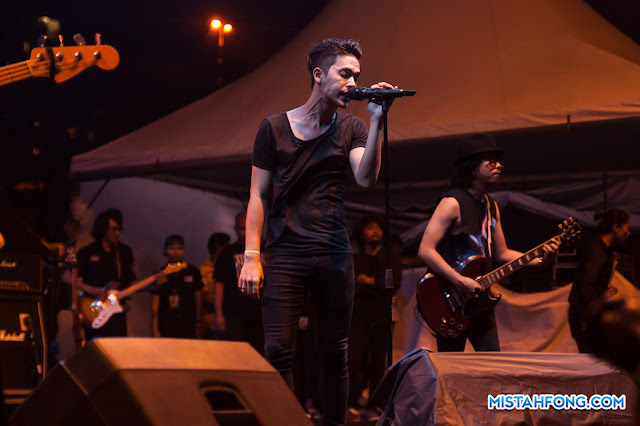 The last act of the night, Emmet I; one half of the legendary band Butterfingers requested that the crowd stop recording and just enjoy the show. Performed few of his originals songs including ”Stolen” and “Stranger Danger”. But when “Chemistry” blasted over the speakers with the energy that hearkened back to the Butterfingers days, it was a trip down memory lane for the near-capacity crowd and a reminder of why he managed to stay relevant for more than 20 years. 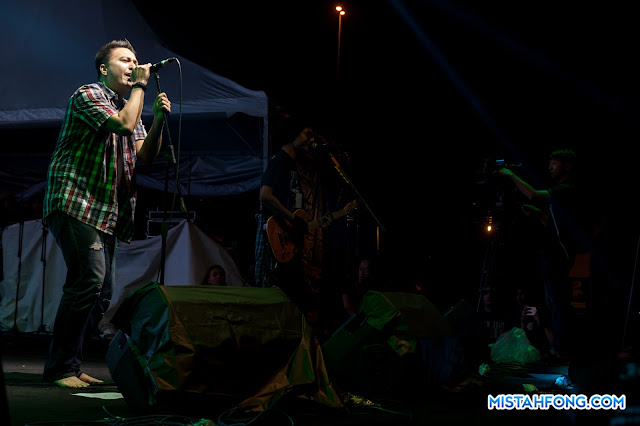 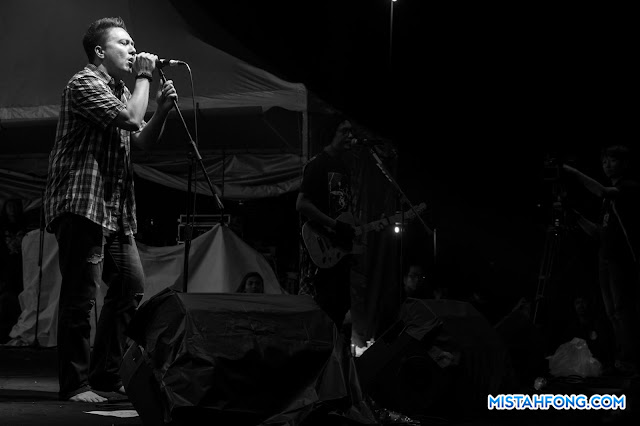