9th of January, Raising The Bar Festival 2016 has made its return after a 3 year hiatus. The one and only hip hop festival in Malaysia brings us together some of the most influential rappers, DJs and musicians since 2013. A crowd of hip hop heads gathered in KLPAC this year to witness hard-hitting headliners from across Malaysia, Southeast Asia & USA such as Joe Flizzow, Okasian, Young Queenz, Heems and more. Lived up into three stages Alpha Cat Stage (main stage), Webe stage (indoor / freestyle battles / live performance) & Scratching Post (DJ booth). 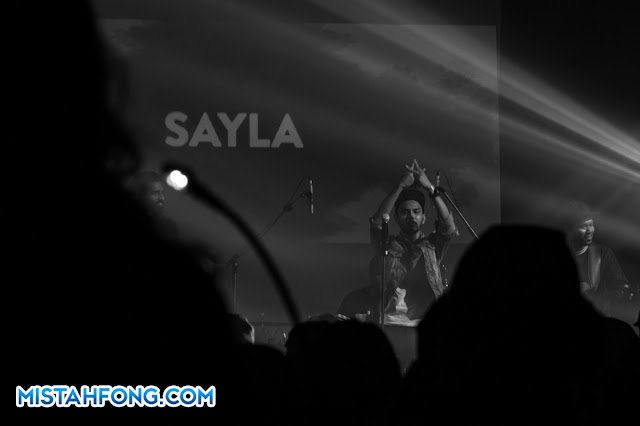 It was a T.R.A.P (Tamil Rap) invasion during Switch Lock Up set, the opening act by the upcoming young cats Alpha Crew, the energetic performance by the trio was continued by explosive energy from Dan Shiv, also co-founder of RTB, as he performed several song which managed to get the crowd swaying. 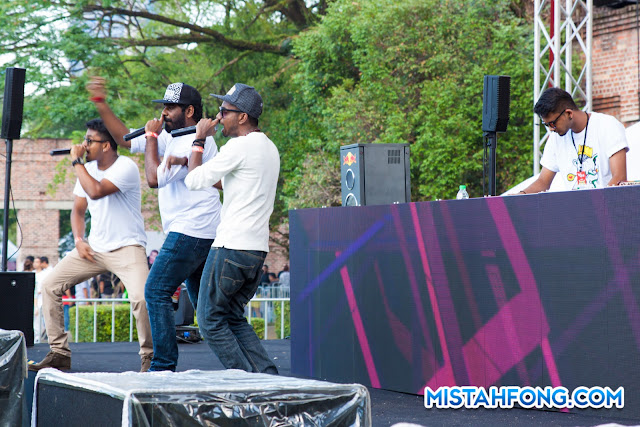 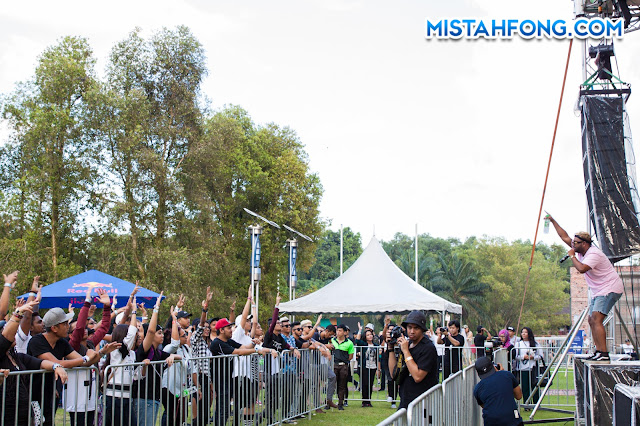 Soon after that, Switch Lock Up stepped on stage, with support from Dan Shiv throughout his entire set, Switch performance was ill ! They had the crowd on its feet, especially when performing his hit single such as “My Indian Girl” & “Thale Therikeh” from his latest album Savadi, then later joined by Balan Kashmir & MC Syze to crash the stage. Almost one hours full of ‘T.R.A.P’ dose. 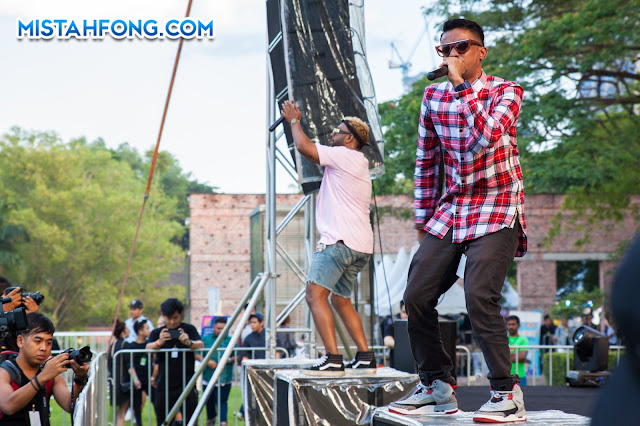 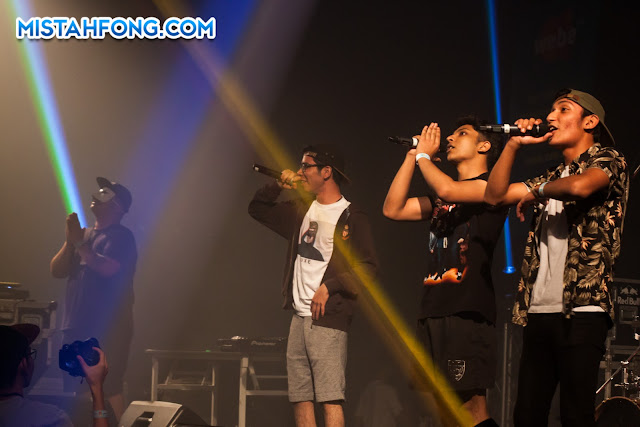 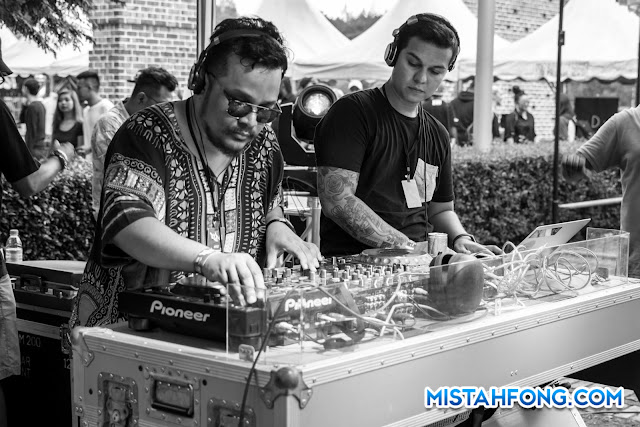 Kayda performance was sexay, not only she can spit rhymes, she can dance too! Accompanied by two backup dancers along with the catchy beat and lyric, this girl can move and she’s not afraid to work it ! 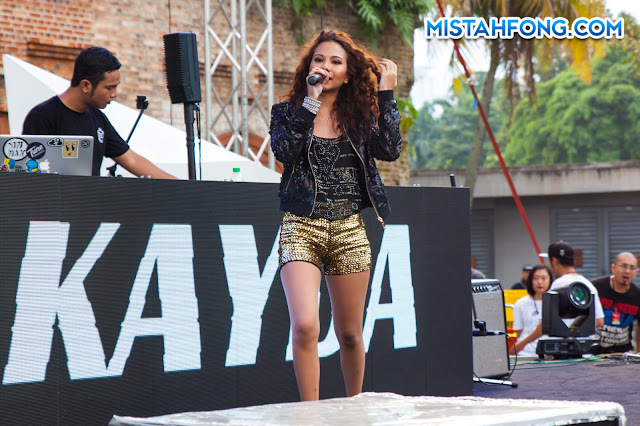 A freestyle battle was breaking out between Vandal vs M.I.O at the Webe stage with percussion curtesy of both modern and traditional instruments. It was a international battle between Canada & Singapore, and although it was declared a tie, M.I.O sure had some dope punchlines. 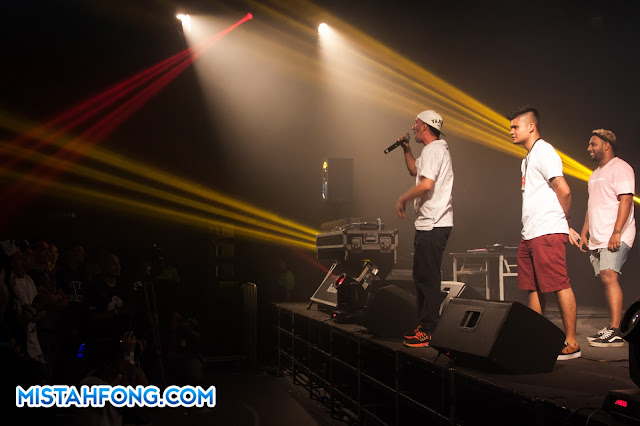 Bassment Syndicate, a innovative cross-stylistic/cross-cultural band also performed on that night. An awesome performance by them featured a mix of rock, jazz, soul, funk, hip-hop and R&B combined in a single performance. 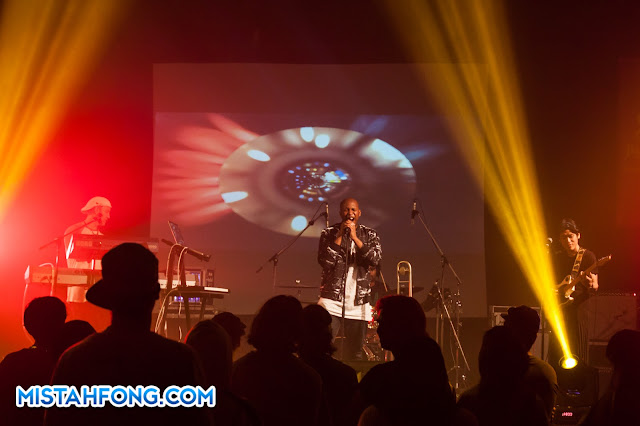 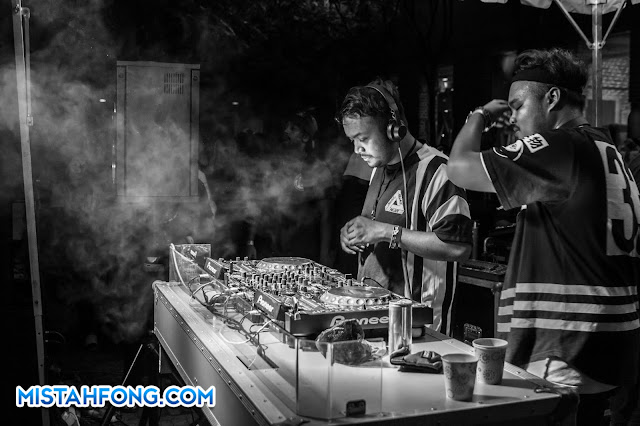 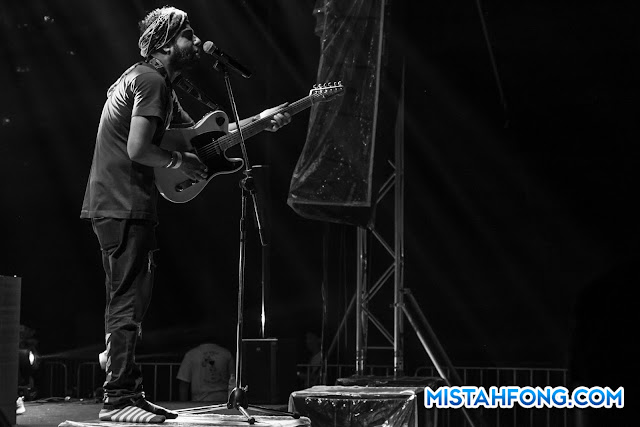 B Bravo brings his own sound of synthesizer funk to any track he lays is hands on. When the beats dropped the whole audience erupted in funk/soul euphoria continued with hip hop r&b groove that takes the audience on a musical journey to outer space with his Starship music. 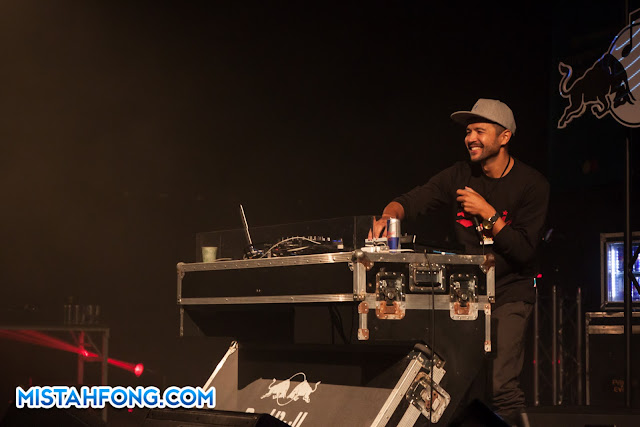 All the way from HK, repping Otaku Mobb, with the rough voice like DMX/Ja Rule, Young Queenz performances was freakin hot (also mention about Malaysia weather, “Is f*ckin hot here !!!” a few times during his break) but the hot weather doesn’t stop him to rocking the stage full force, jumping and headbangin just like a rock concert ! 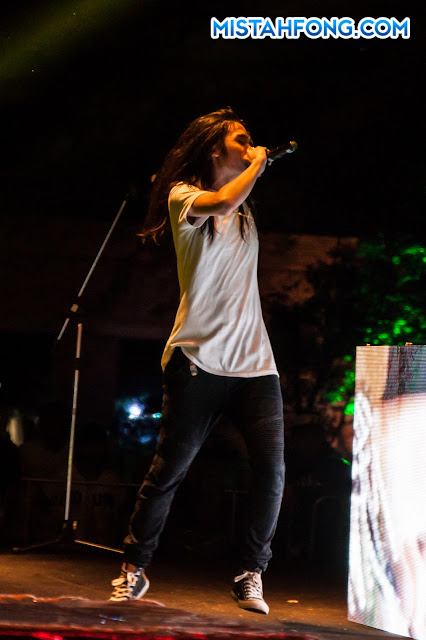 Straight outta Korea, as soon as he steps on the stage, Okasian spit “It G Ma” verse with swag, while the crowd lost its ever-loving mind. He also performed several hits such as “No Flex Zone”, “Spread the Word”, “Pshh”, “Underwater Rebels”, “You Know”, “Sumo” but “It G Ma” was a definite crowd favorite. He ended his set with the same song but this time he went down into the crowd and perform the hottest Korea hip hop single of 2015 ! Its was wicked & wild. 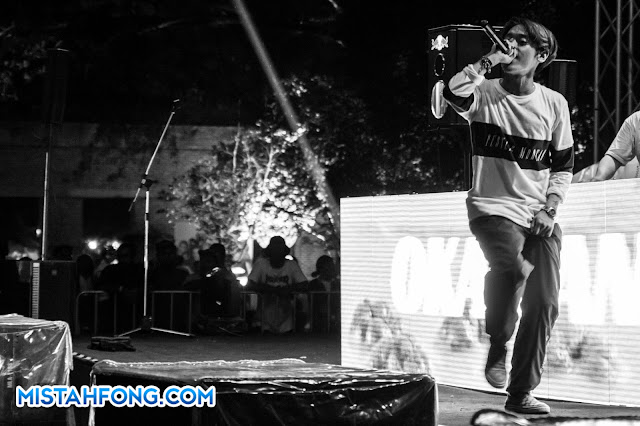 Other highlights included Lawalah Familia, with 18 members from MC’s, a DJ to videographer and a mural artist on one stage. The whole squad were jumping, tearin the stage upside down, making the stage almost want to collapse. Their energy and general realness was apparent almost instantly. Every member was equally energetic as their counterpart and ever present through out the entirety of their set. They went from song to song giving us a full of craziness. The audience was jumping, fist pumping, the crowd was amped. 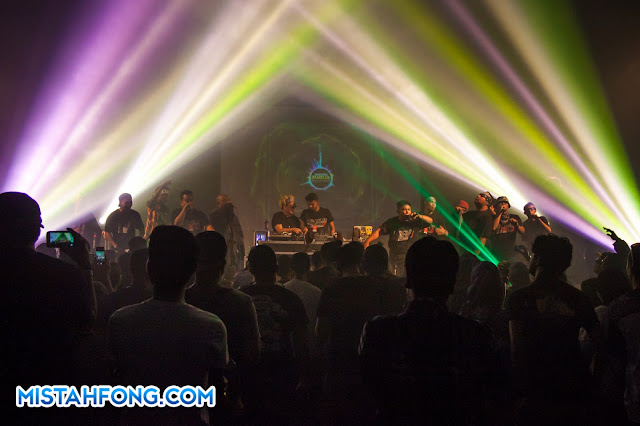 This bad boy Akeem Jahat performance was bad ass, from song “Nora Danish” to “Barang Baik”.  He also surprises the crowd by bringing out #budakflat Aman Ra and letting him spit the famous “Pantun 100 Kerat” and with Sonaone “Ribena” and the whole place went nuts ! 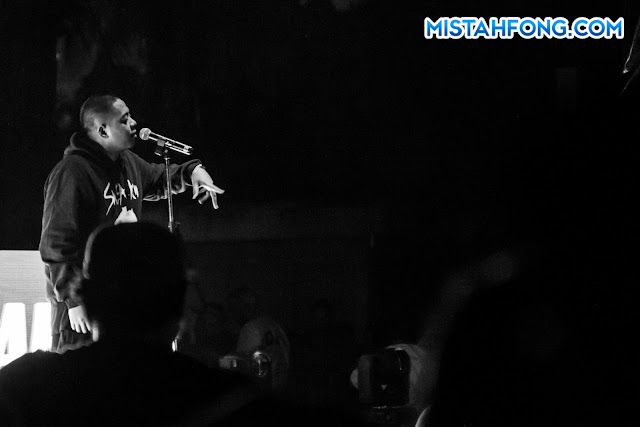 Final act of the night, also half of legendary hip hop duo Too Phat, Joe Flizzow. He succeeded in mesmerizing the crowd nonetheless, glowing crowd ablaze with hits from Havoc album such as “Iller-Iller”, “Kongsi”, “Satu Kali” and also some classic hits like “6MC”, “Showtime” The floor was particularly alive when “Havoc” came on. Not to forget the award winning song “Apa Khabar” which was the first hip-hop song to win Anugerah Juara Lagu last year. He also performed a new single “Gerek” along with Akeem & Sonaone. 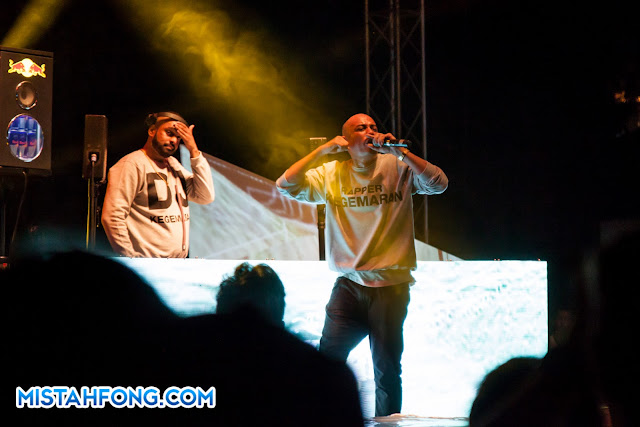