ARE YOU FAN ENOUGH?
Tiger FC is going on a hunt in search of ‘The Ultimate Fan’ this 2015/16 season starting Sept 19.

In a world of football fandom, there will always be a select few who go about like breathing, walking footie encyclopaedias. 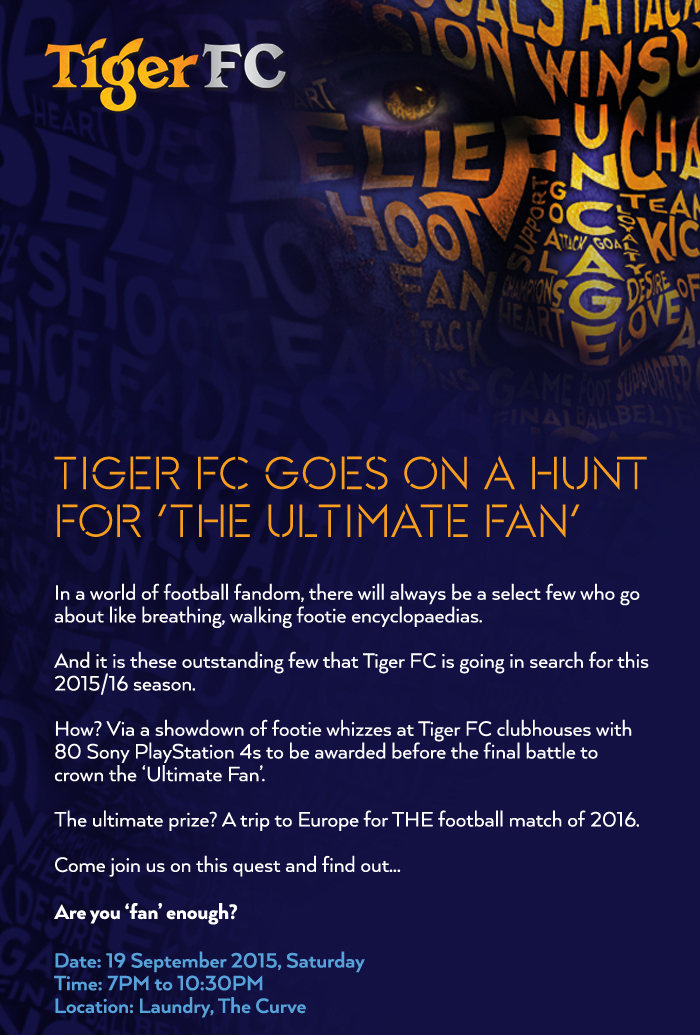 They are the guru of all gurus with an unwavering passion for the sport.

If you relate to the subtext, Tiger FC wants you in a showdown of footie whizzes happening throughout this 2015/16 season starting Saturday, Sept 19 concurrently at Laundry, The Curve, Souled Out Bangsar South, Home and Away Bangsar and TBF in Summerton, Penang at 7pm.

To prove you are indeed fan enough, visit any of the above mentioned clubhouses on the said date and participate in a football trivia. Come out victorious and stand a chance to be named ‘The Ultimate Fan’ at the end of the season.

Tiger Beer Marketing Manager Jessie Chuah acknowledges the strong following football has in the country and would like to reward the true fans of the sport. “We have a sturdy legion of fans with a strong passion for football and as Tiger FC moves into its 12th year, we hope to see this group expand and fans’ appetite grow. As such we’d like to put the fans’ passion for the sport to the test and see which one knows the ins and outs of the sport best. If you think you can outshine the rest and be crowned the ‘The Ultimate Fan’, come join us at our clubhouses. It’s going to be an exciting season. Apart from bragging rights, there will be plenty of great prizes to be won.” 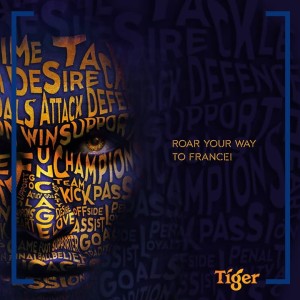 And how might you get your hands on these great prizes, you ask? Well, the game mechanics are simple. At selected Tiger FC clubhouses during predetermined matches, a pop quiz session will take place during half time. Answer football-related questions correctly, and stand a chance to walk away with a brand new Sony PlayStation 4. A total of 80 PS4s will be given out until the grand finale in May 2016. There will also be 350 Under Armour T-shirts consolation prizes to be won.

Those who have gotten a hold of the hi-tech gaming console is automatically in the running to be ‘The Ultimate Fan’. The final showdown will convene all 80 winners in a football trivia quiz-off, where only one will come out victorious as ‘The Ultimate Fan’.