KUALA LUMPUR, 13 SEPTEMBER 2015 – MTV World Stage Malaysia 2015 , one of the
biggest Southeast Asian music nights of the year, was punctuated with amazing MTV moments for
fans. The stellar line-up of performers Jason Derulo, Carly Rae Jepsen, Apink, SEKAI NO OWARI and
Malaysia’s #MostWanted local act, Stacy, delivered explosive performances to a live audience of
nearly 20,000 fans gathered at Surf Beach, Sunway Lagoon on Saturday night, 12 Sep 2015.
Recorded live for global telecast, the one-night only outdoor event, which is in its seventh year,
brings multi-genre talents from around the world onto a single stage. The event hashtag
#worldstagemy top trended in Malaysia and trended in Singapore, with an estimate of over 100
million social impressions within a day (Sysomos). 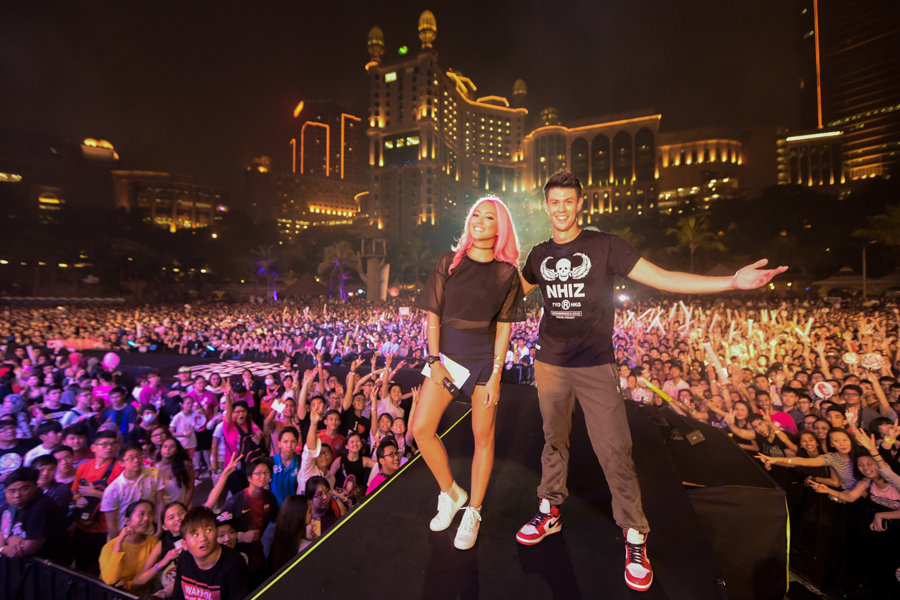 The night opened with the limelight on Malaysia as the nation’s #MostWanted local act and award winning singer Stacy gave her first-ever MTV World Stage performance. Stacy had the crowd dancing
to an upbeat track, “Not For Sale” featuring Malaysian rapper Altimet. 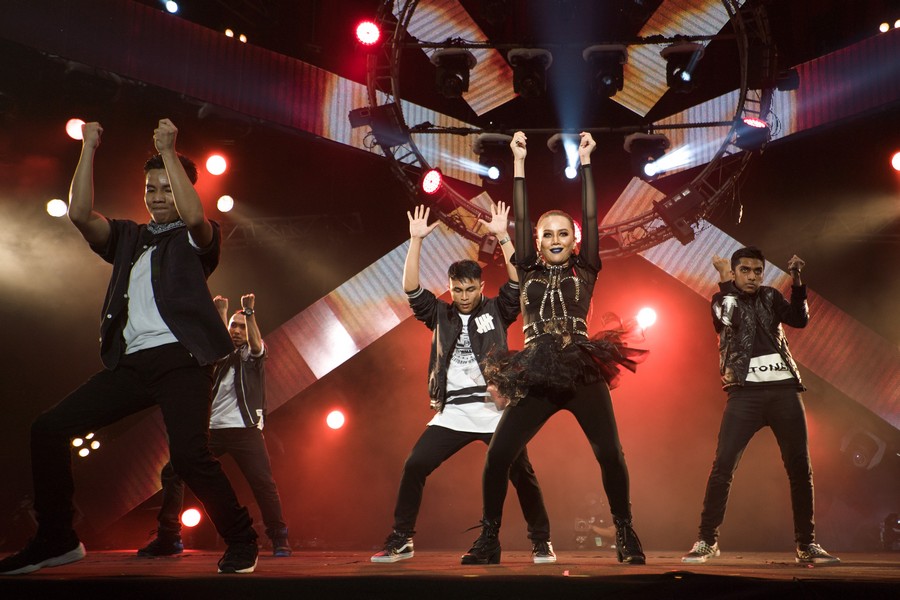 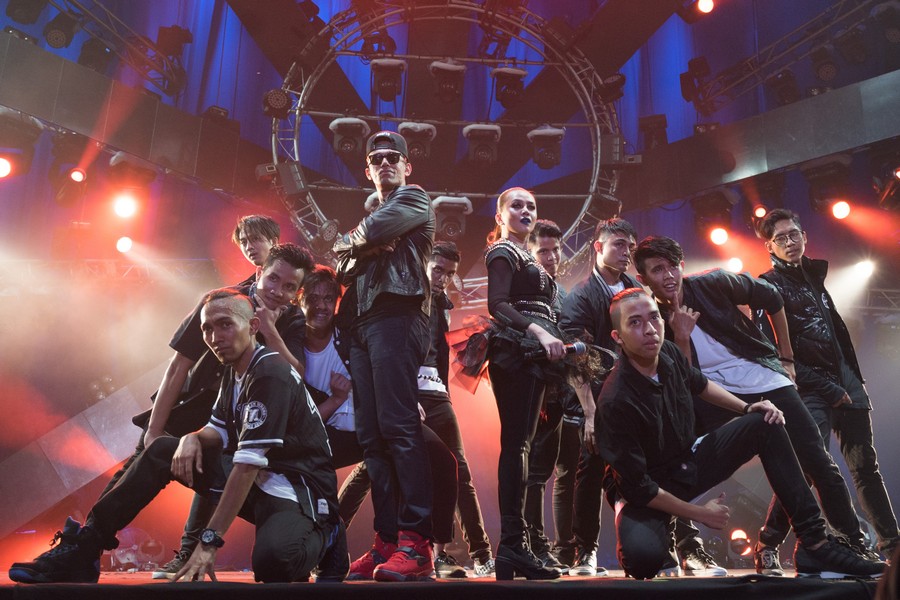 Kicking off the performance with “ANTI-HERO,” SEKAI NO OWARI made their MTV World Stage
debut to thousands of fans, excited to see them perform for the first time in Southeast Asia. The
Japanese band’s third track, “Death Disco”, was both a musical and visual sensation for fans, with
mesmerizing 3D laser orbs lighting the stage in tandem to the band’s unique musical expression. Last
night, SEKAI NO OWARI transported fans to another world with an ethereal rendition of “SOS”. For
“Dragon Night”, the last song of their five-track set, the band upped the ante with its pianist playing
an accordion and adding a banjo to their unique instrumental mix. 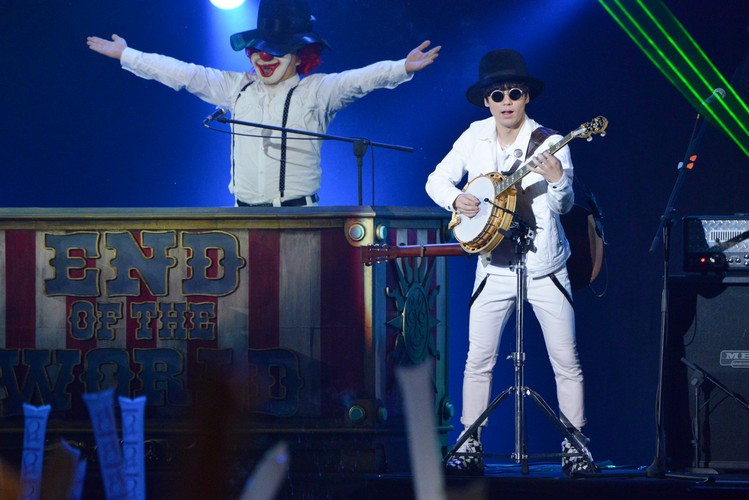 DJ LOVE and Nakajin of SEKAI NO OWARI 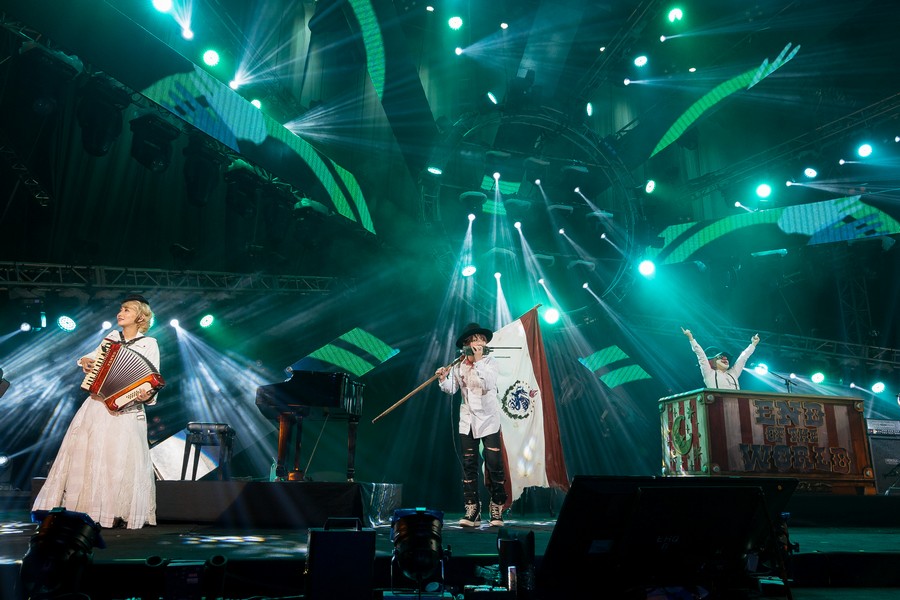 Saori, Fukase and DJ LOVE of SEKAI NO OWARI 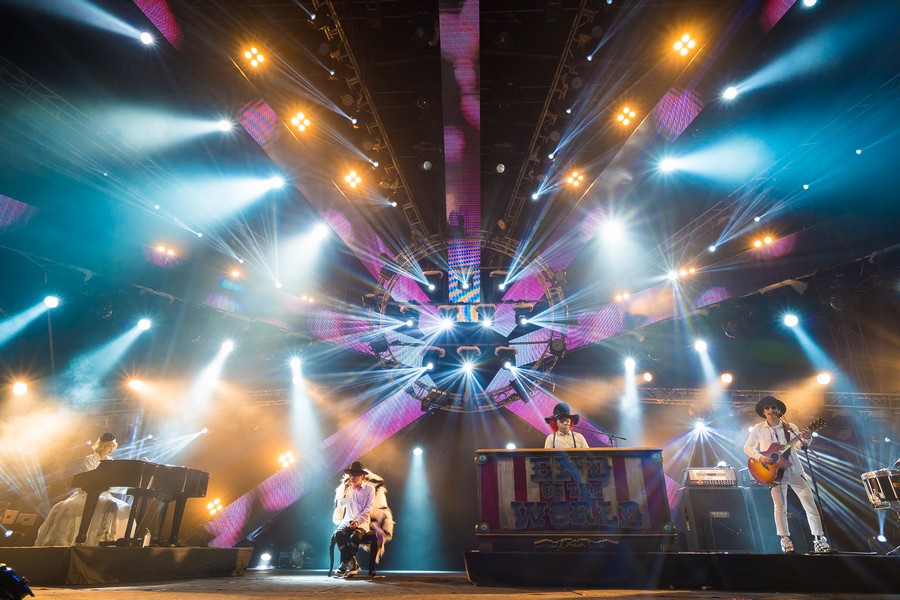 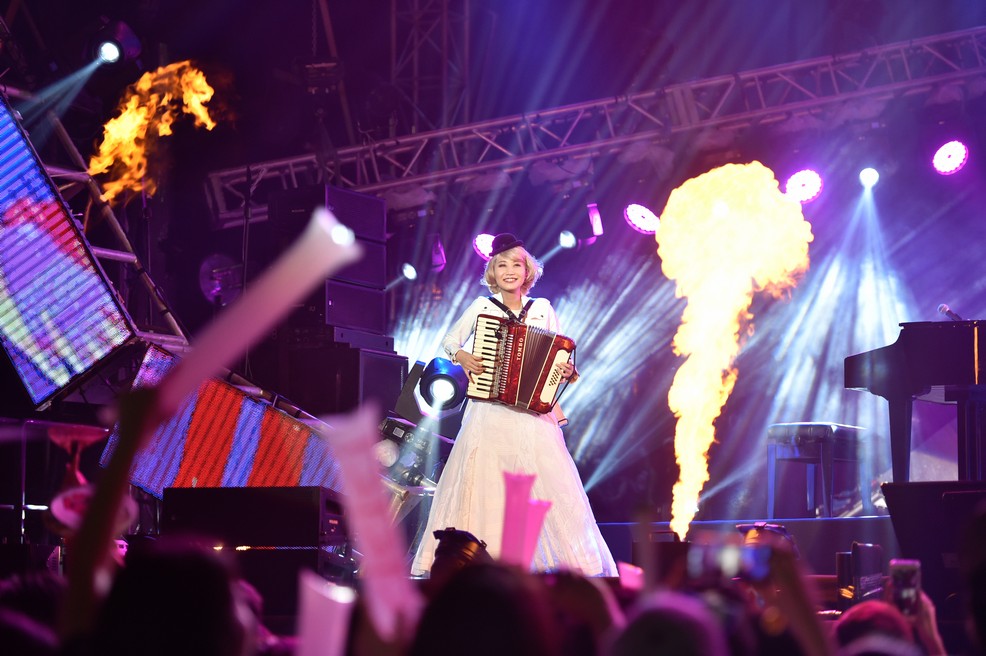 Saori of SEKAI NO OWARI

K-pop sensation Apink made their MTV World Stage entrance in true superstar style as they were
elevated onto the stage to perform their first of four tracks, “NoNoNo,” with confetti-filled balloons
released onto the adoring crowd. Apink’s third track, “LUV”, was a treat for all in attendance as they
moved closer, coming to the front of the stage. Throughout their set, the girls interacted with the
audience, showing their sweet side and love for their fans. The Korean stars wrapped up their act
with a rousing performance of “Remember” as an impressive display of confetti was released into
the night sky. 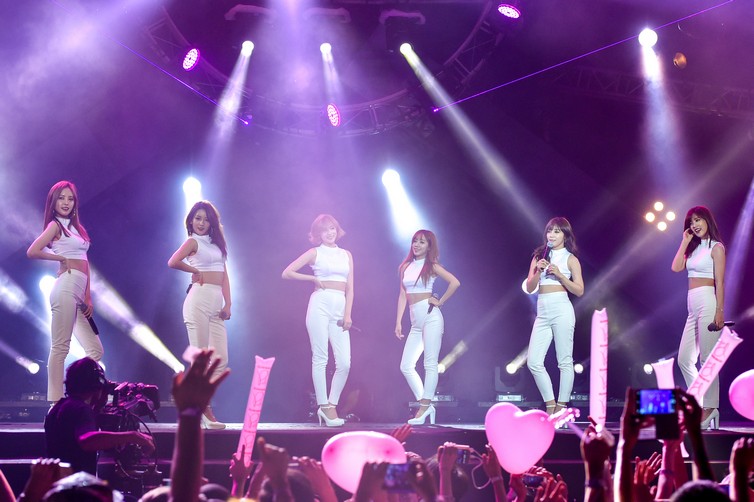 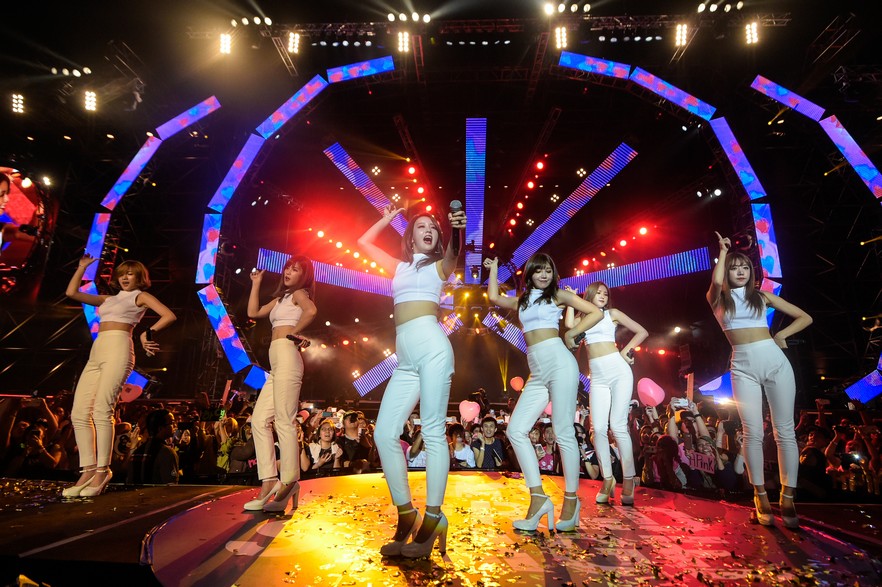 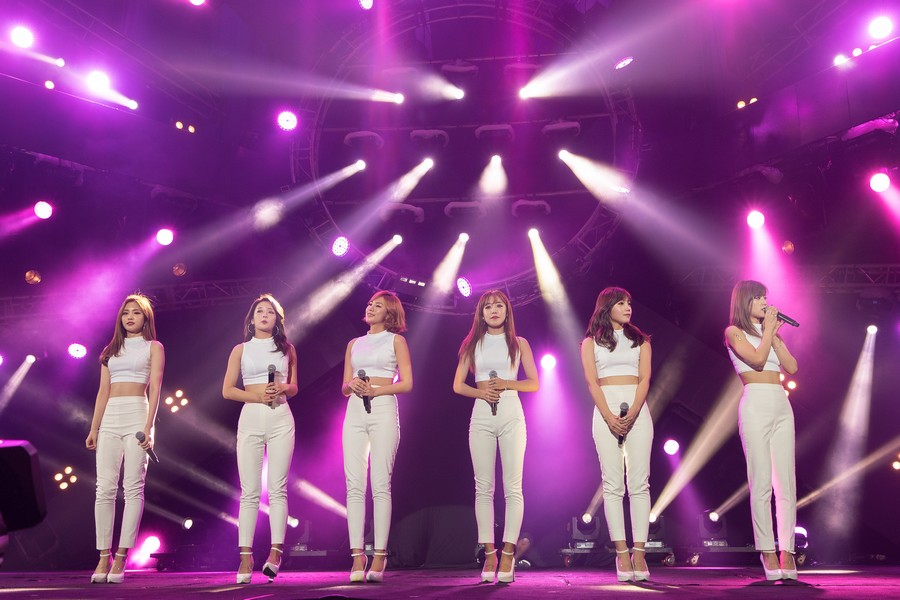 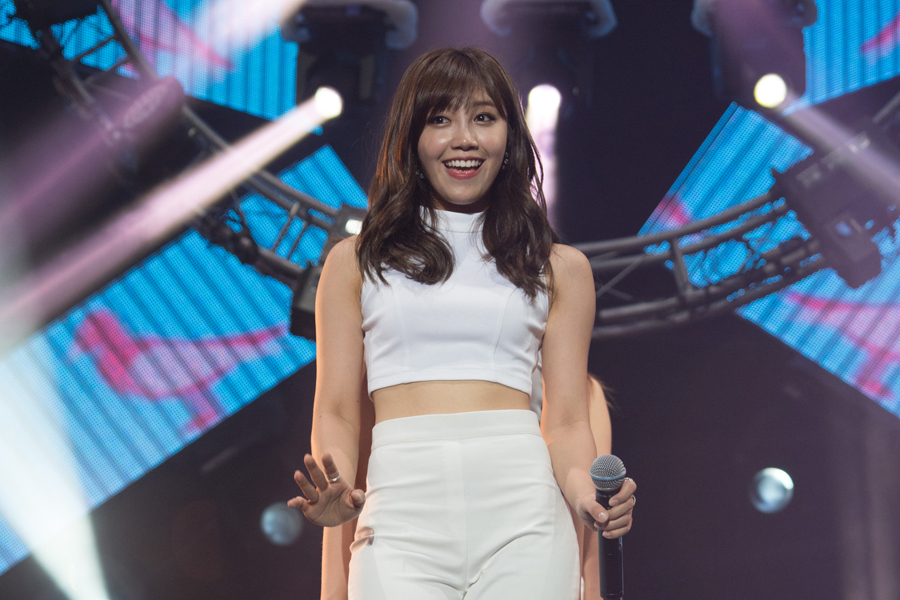 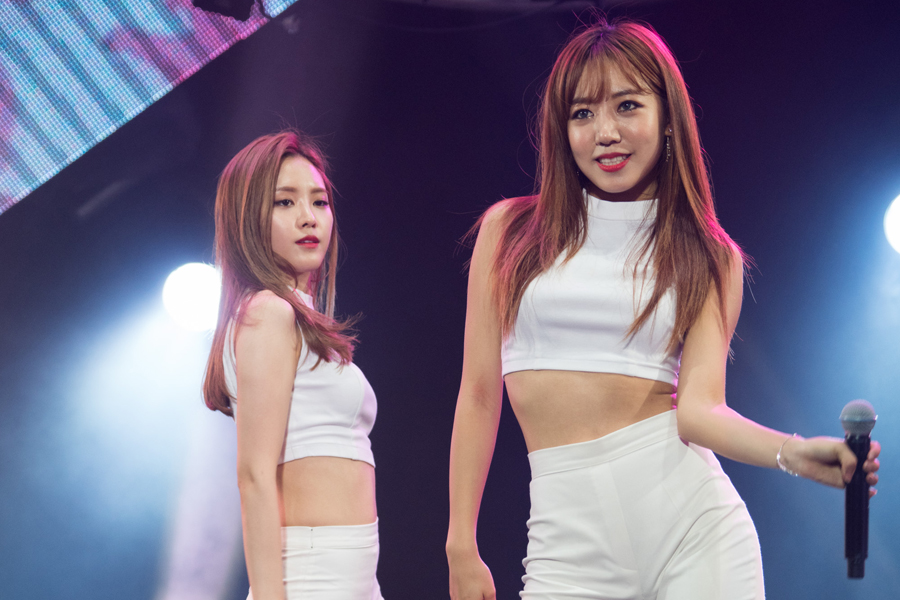 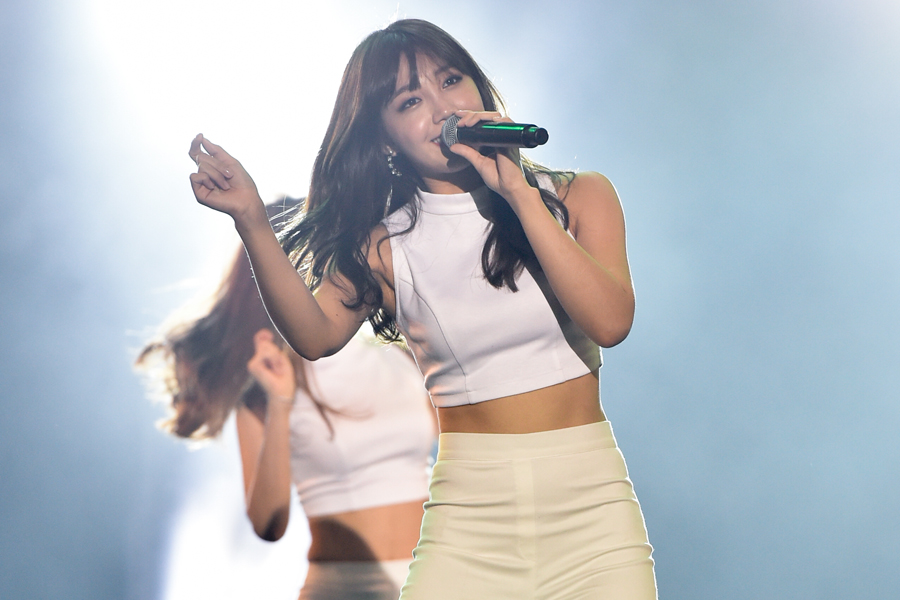 Multi-platinum, Grammy®-nominated singer-songwriter, Carly Rae Jepsen made her Malaysian
debut to a sea of cheering fans, performing “Run Away With Me,” the second and latest single from
her highly anticipated new album, E•MO•TION. Jepsen stole fans’ hearts as she continued the set
with a breathtaking rendition of “E•MO•TION,”the album’s title track. The Canadian pop sensation’s
fun and bubbly side shone through her entire set with giant LED balloons bouncing among the crowd
and bubbles being released into the mosh pit. Energy levels were through-the-roof with fans singing
along to Jepsen’s chart-topping track, “Call Me Maybe”. Jepsen ended her nine-track set with a lively
performance of yet another fan favourite, “I Really Like You”, leaving them really really really
hungry for more. 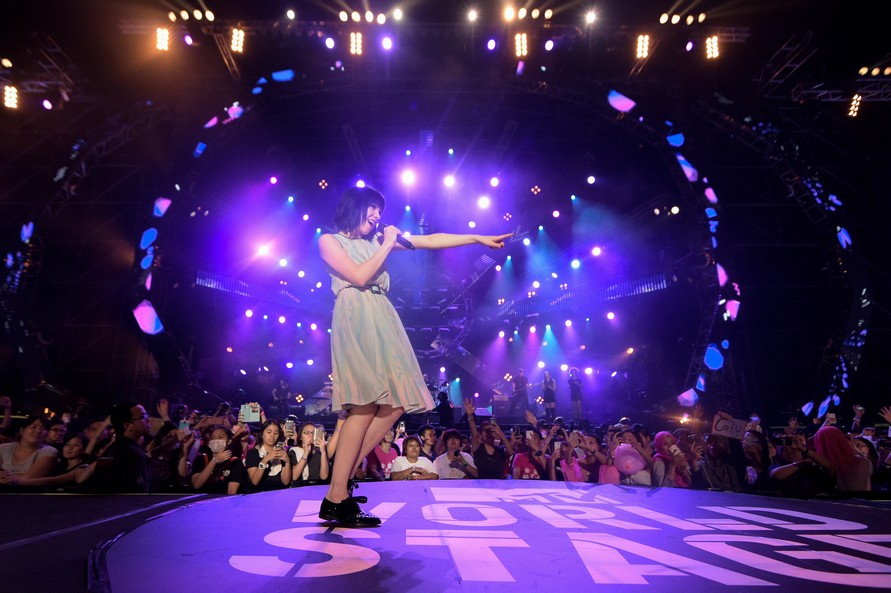 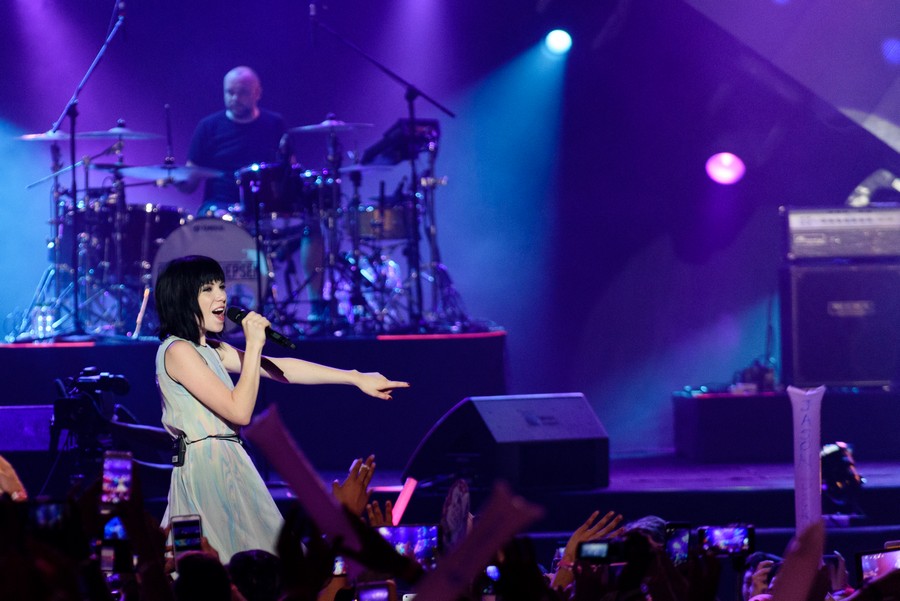 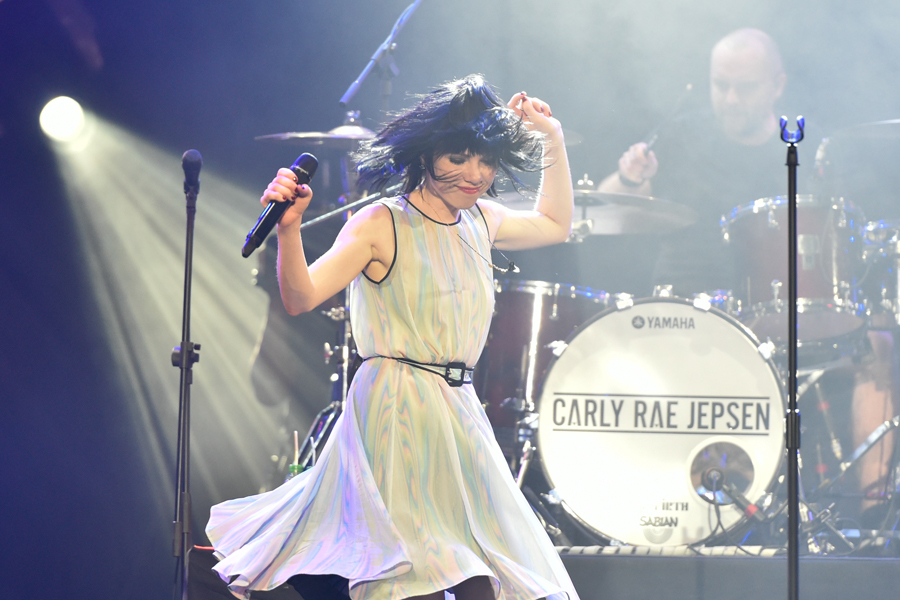 Eagerly anticipating international superstar Jason Derulo’s performance, the crowd roared as DJ Joe
Murphy appeared on stage in a Harimau Malaya jersey. Derulo kicked off his MTV World Stage
Malaysia performance with a bang, jumping up as he was elevated onto the stage. Derulo’s
energetic performance comprising a 14-track medley had the crowd rocking to the beat of his music,
starting with “In My Head”. A shower of glittering flames lit up the stage as Derulo continued his act
with a series of impressive dance moves, bringing the crowd’s energy levels to its peak. Romantics in
the crowd swooned as they were serenaded with popular track “Marry Me”. After a few more fastpaced
tracks, Derulo took a break to have a heart-to-heart with his fans, inspiring them to dream big
and revealing the meaning behind “Cheyenne”, his personal “stress-relief” song. Much to the delight
of the audience, Derulo performed global favourite “Want To Want Me”. As the night came to a
close, Derulo had some fun teaching the audience some of the moves to his song “Pull Up”. The set
closed with a spectacular show of fireworks and a stunning display of lights, a fitting end to a
sensational night. 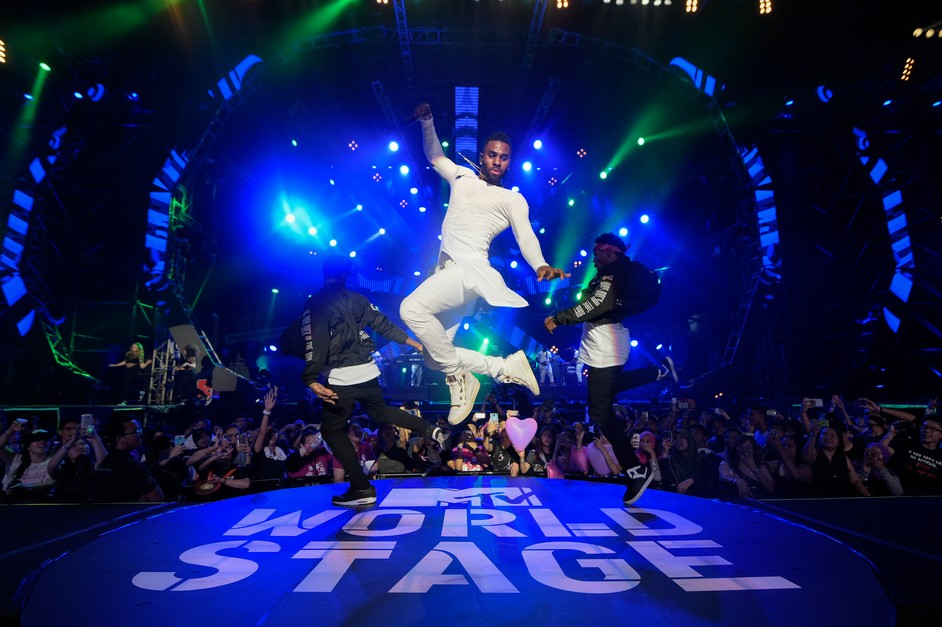 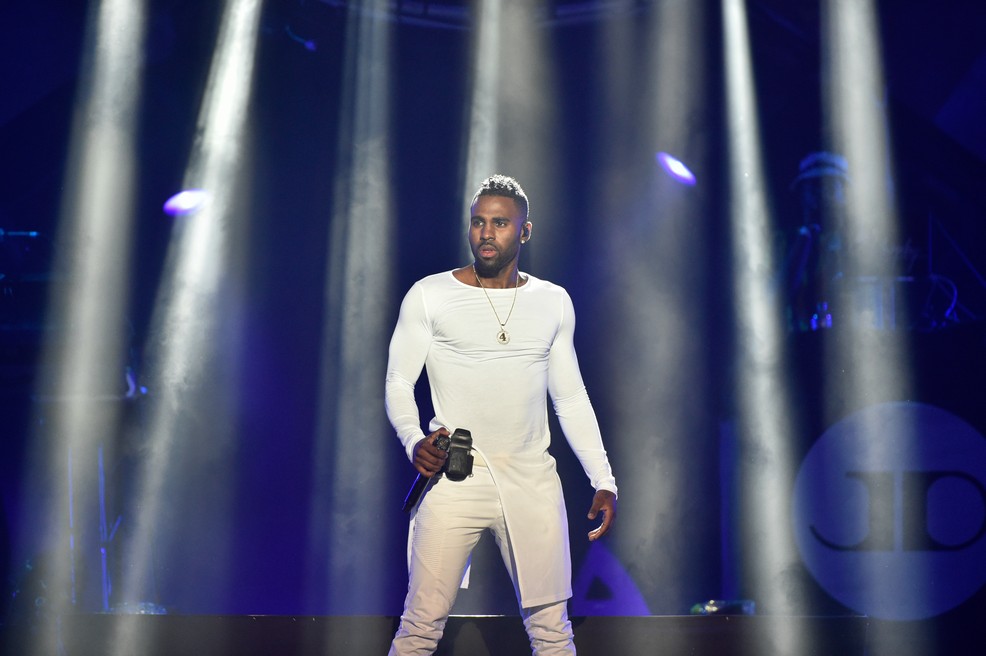 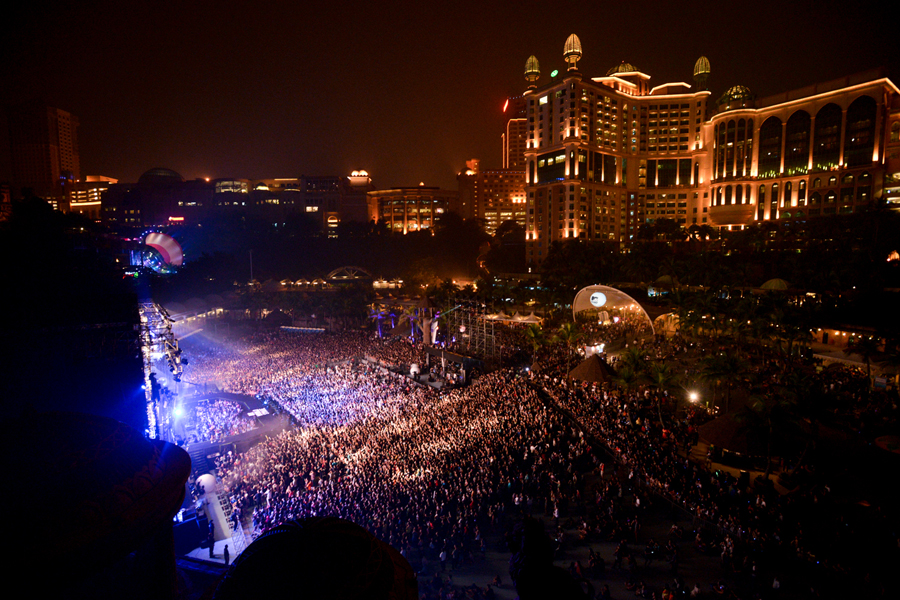