Medini, Iskandar Puteri, Johor, 28 July 2017 – Medini Iskandar Malaysia Sdn Bhd (“MIM”) threw a soiree for its community yesterday to create awareness of its newly-completed cycling paths. The event, dubbed as ‘Chill & Ride in Medini City’, saw a gathering of employees from MIM, corporate tenants, sub-developers, residents and other stakeholders at Medini City’s Central Piazza to commemorate the latest milestone in the rapidly-growing township. 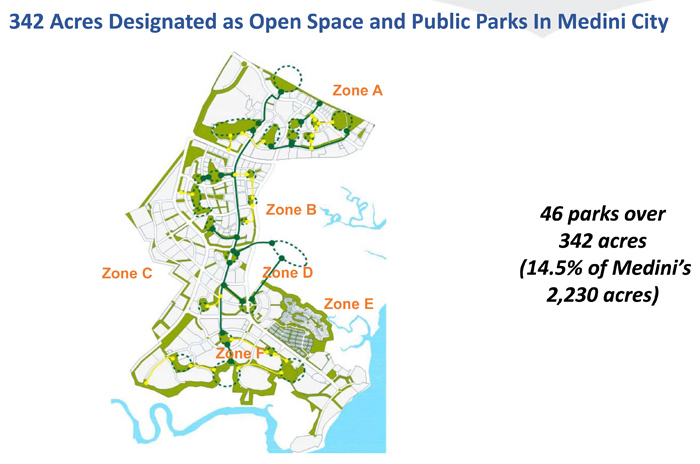 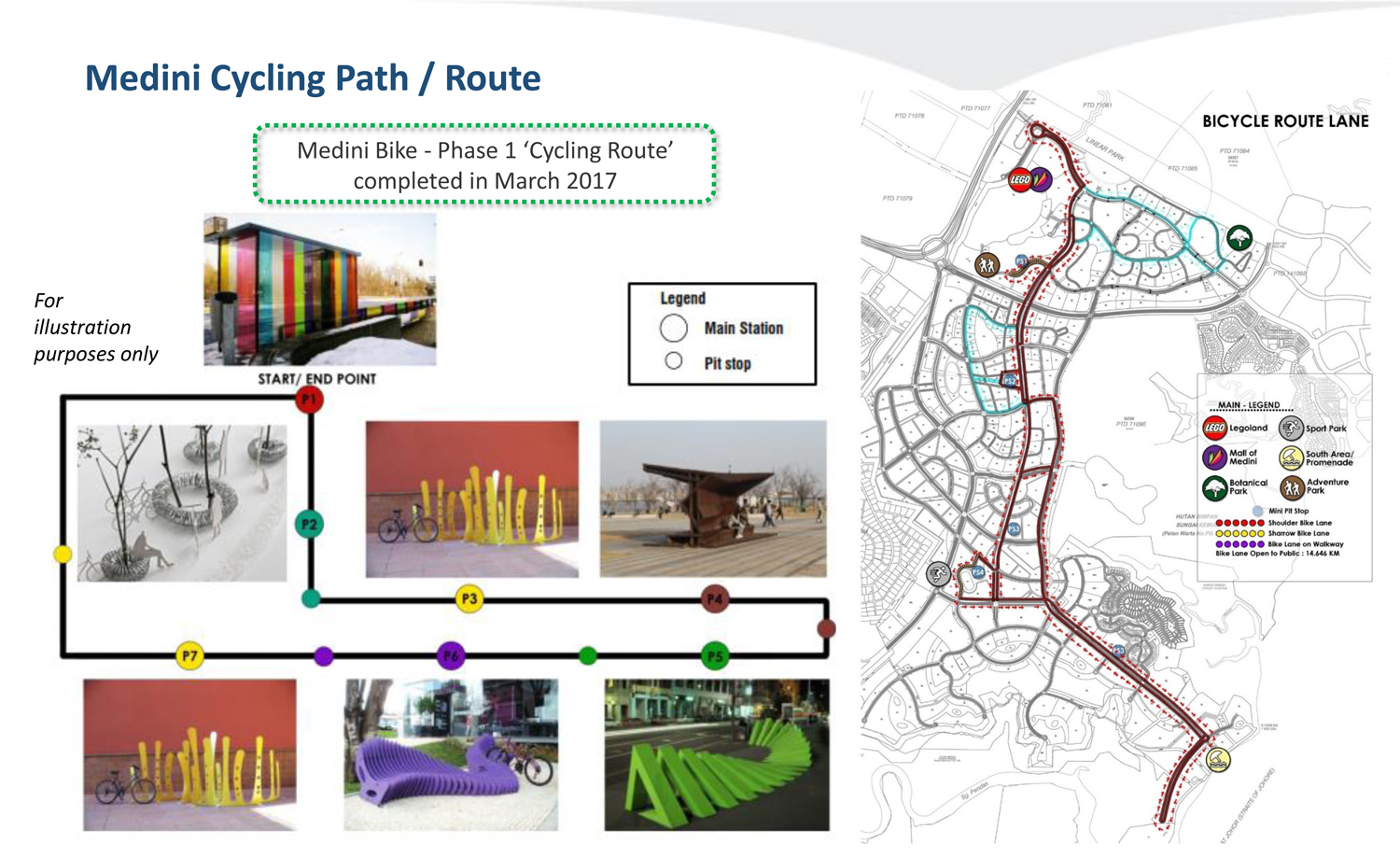 Medini’s brand new cycling path stretches from north to south of Medini, spanning 22 kilometres in length that provides residents a viable alternative to vehicular transportation. There is a total of five strategically located pit stops along the path for cyclists to park their bikes and enjoy the sights. The cycling path is designed to allows cyclists to enjoy the urban township’s green spaces and public art attractions. 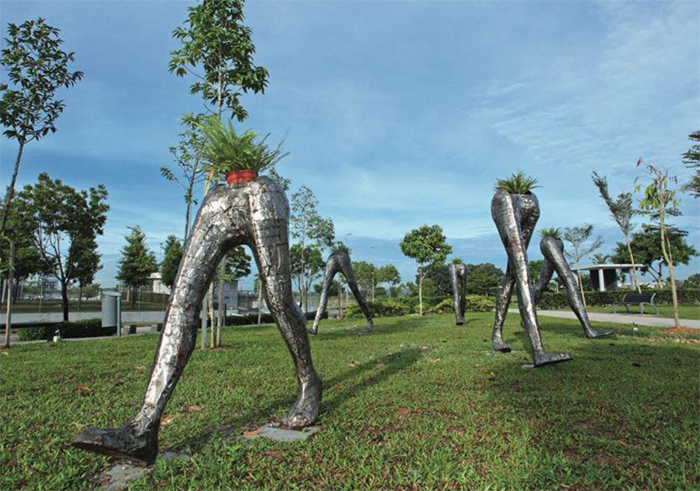 Yesterday’s activity also showcased the recently-completed implementations such as the Medini PublikArt project and the soon-to-be launched Edible Park and Heritage Forest, which aims to nurture ideas about sustainable living and a greener lifestyle. The projects provide a platform for community engagement and was conceptualised by Johor native Chris Parry, founder of Johor Green, in collaboration with award-winning local architectural practice Y Architects. 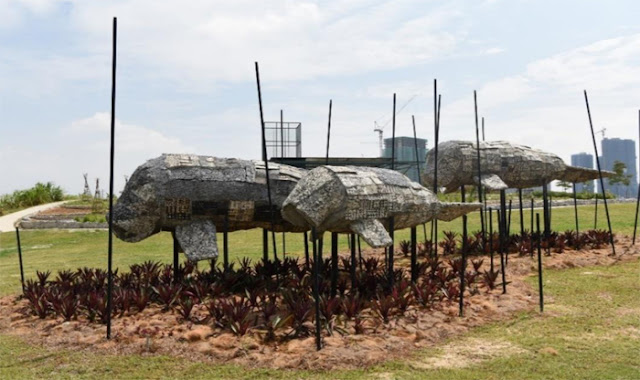 The Edible Park presents a lush urban park with local fruit, vegetable and medicinal trees, while its Heritage Forest gathers the region’s flora for a proud and honest snapshot of Johor’s wilderness. Both will be managed and utilised by Johorean individuals and enterprises, giving rise to a dynamic, autonomous space for the local community. The Edible Park and Heritage Forest are two out of 46 parks in Medini. 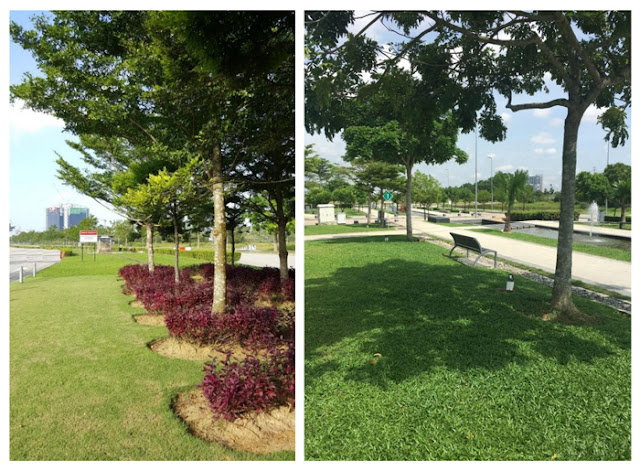 Dr James Tee, the Managing Director/ Chief Executive Officer of MIM said, “The Medini PublikArt project plays a vital role in establishing and building community character. Beyond enhancing aesthetics, the Medini PublikArt project – which involved local talents – can enhance economic development, build community engagement, and create communities of lasting value that are both equitable and sustainable. With the completion of the cycling paths in Medini, these form part of our commitment to shaping Medini as a destination of choice for business, leisure and healthy living.” 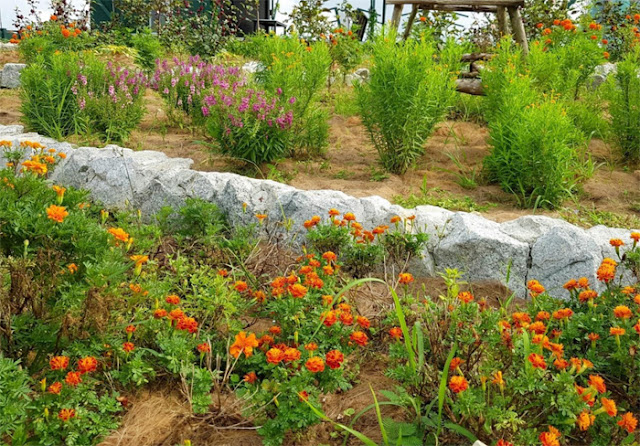 Dr James added, “The event yesterday was organised as a treat for the growing Medini community. Attendees were invited to walk or cycle along the designated paths and were later entertained by the buskers while enjoying the variety of food from the Medini Food Truck operators. Medini has never appeared as idyllic and vibrant as it did yesterday evening, and we hope to organise similar activities in the future to allow the Medini community to unwind after working hours or during the weekends.”
‘Chill and Ride in Medini City’ follows IP Kreatif, Johor’s very own festival of ideas held at the Mall of Medini last weekend. The two-day event brought over 300 locals from the creative industry to Medini to explore Malaysian creative expression in all its forms. Highlights from the event included a start-up barcamp, workshops, exhibitions, interactive art installations by local artists, and over forty performances.

For more information, visit us at www.medini.com.my