#Uncagemusic, the music and arts platform from Tiger Beer, is returning to the stage this year with a full lineup of events aimed at showcasing the best audiovisual talents from Malaysia and beyond. Taking in music festivals, a series of hosted shows, sponsorships, and a support network for upcoming local artists, #Uncagemusic promises a packed calendar for Malaysian fans of music and art. Building on the success of Tiger Translate and Tiger Jams, #Uncagemusic will continue to offer unique collaborations between the music and arts scenes to deliver immersive, integrated audiovisual experiences unlike any other.

#Uncagemusic will first take the stage at Urbanscapes 2017. Not only is Tiger Beer the official beer sponsor for this renowned music festival, it will also be hosting the finale of the festival on Sunday 21st May – at the Tiger #Uncagemusic Block Party.

Music and art lovers who want to join the fun can win one of 50 pairs of tickets by taking part in a contest on the Tiger Beer Facebook page. There will also be 20 pairs of tickets to be won in the participating outlets in The Row block party on 21st May itself.

The Bee also plays host to the legendary Upfront series this year, with Tiger Beer returning as official beer sponsor. Known for bringing the hottest live acts from around the world to Malaysia, Upfront is one of the best places to catch great live music, while enjoying an ice-cold bottle of Tiger Beer. 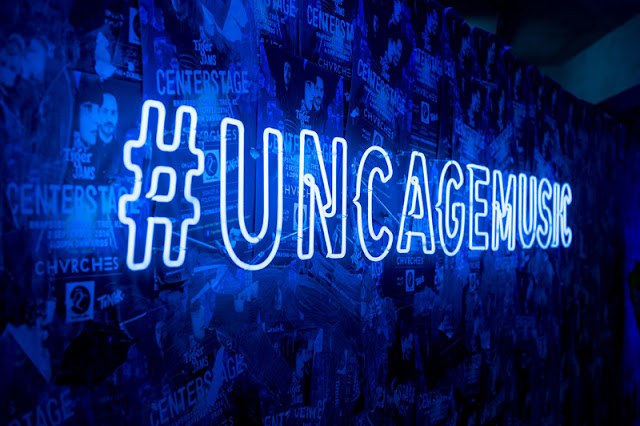 Tiger Beer Marketing Manager, Jessie Chuah said, “Tiger Beer has always been at the forefront of delivering unique music and visual experiences to Malaysian drinkers. We began with the success of Tiger Translate and Tiger Jams, and we’re going to keep building on that in the long term with #Uncagemusic.”

“Through the audiovisual collaboration of #Uncagemusic, Tiger Beer will continue to bring the worlds of music and art together in a series of immersive experiences that are not to be missed.” Chuah continued.

More details on the full programme of activities under the #Uncagemusic platform will be revealed in due course.  For more information, and to win tickets to the Tiger #Uncagemusic Block Party, log on to www.facebook.com/tigerbeermy