Medini, Iskandar Puteri, JOHOR, August 27 & 28, 2016 – In thriving new township of Medini in Iskandar Puteri, at the Mall of Medini on August 27 & 28 2016, Medini Live! is back in Malaysia for a second year. Featuring an eclectic mix of entertaining performances as well as educational workshops, and even an artisan & community bazaar, with a total of more than 50 acts and activities. 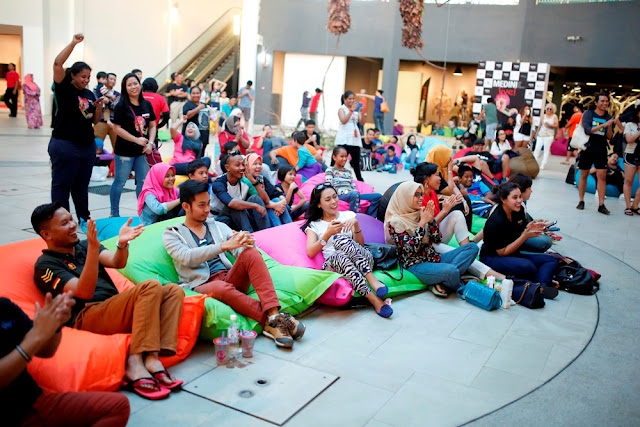 Presented by Medini Iskandar Malaysia Sdn Bhd (MIM), Medini Live 2016 brings together a specially-curated series of activities in the overlapping themes of film, arts, music and community. MIM is committed to supporting and promoting creative endeavours due to its deep involvement and alignment with the local creative sector. 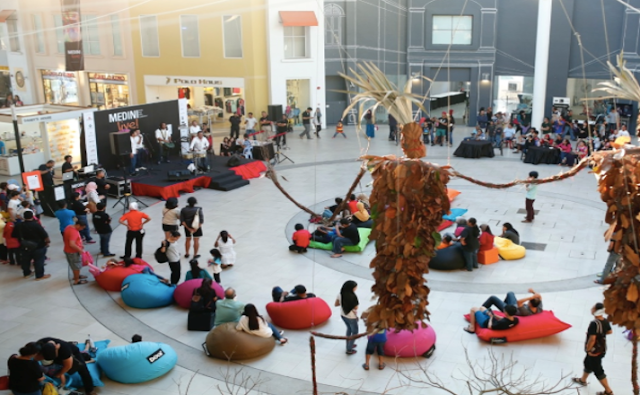 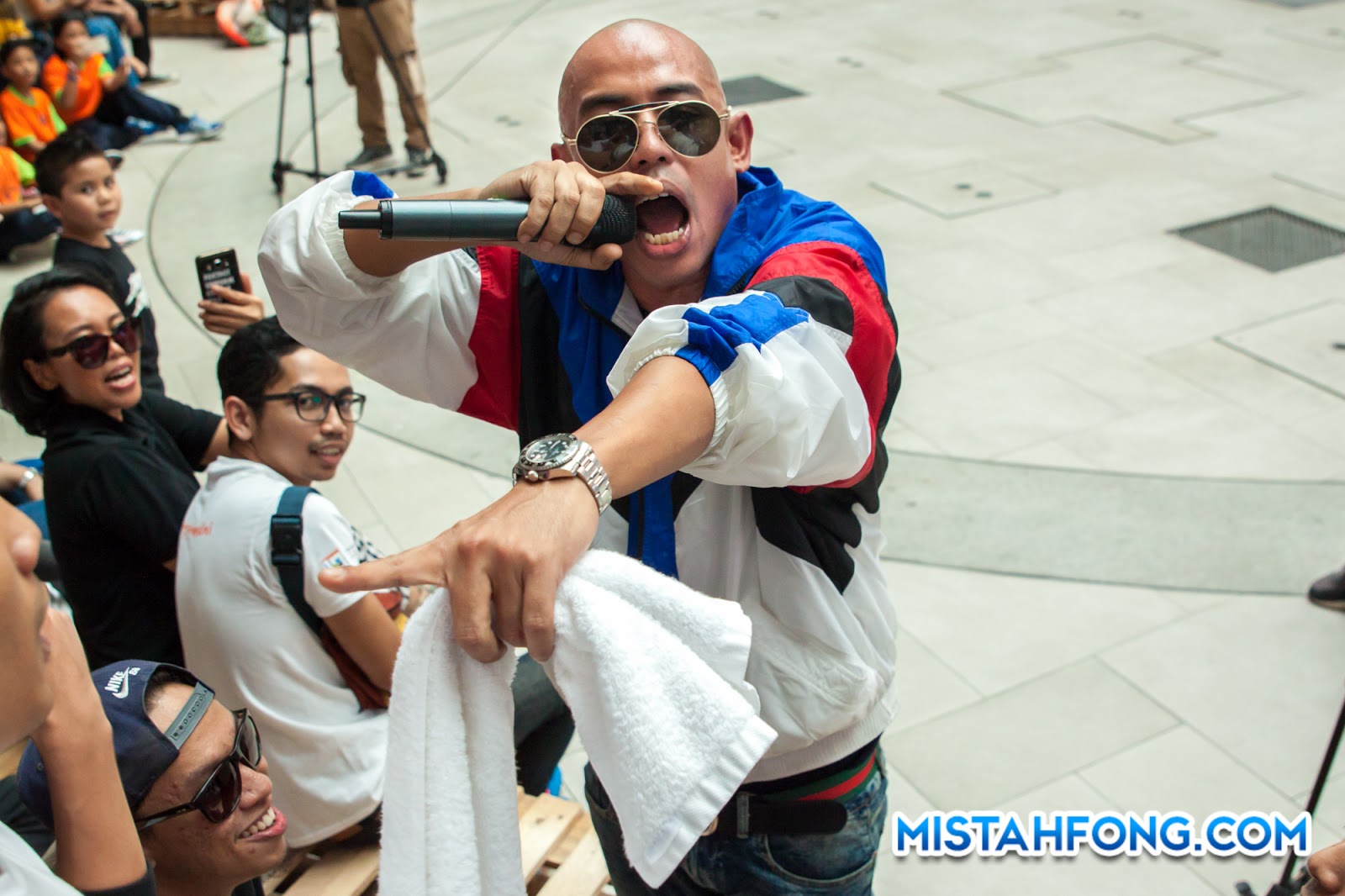 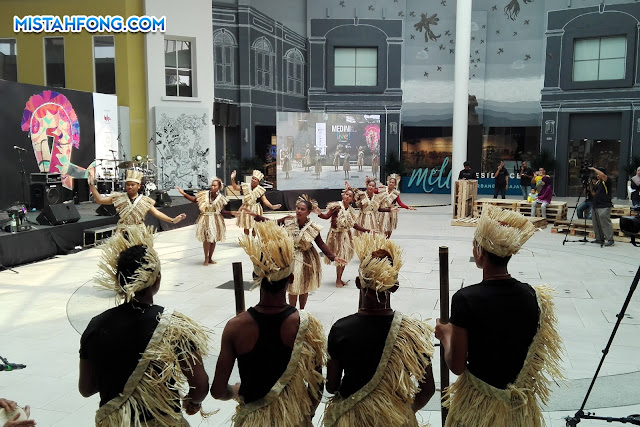 As well as short filming screening, traditional games such as congkak and batu seremban. As part of the ‘Merdeka & Malaysia Day’ celebration, a special doodle mural featuring drawings by local Johor artists, complete with a session on doodling for the public. Others activities included Merdeka Costume Competition and lucky draw. Members of the public got to see a few social enterprise projects on display, including food trucks to satisfy cravings as well as artisan and community bazaars. 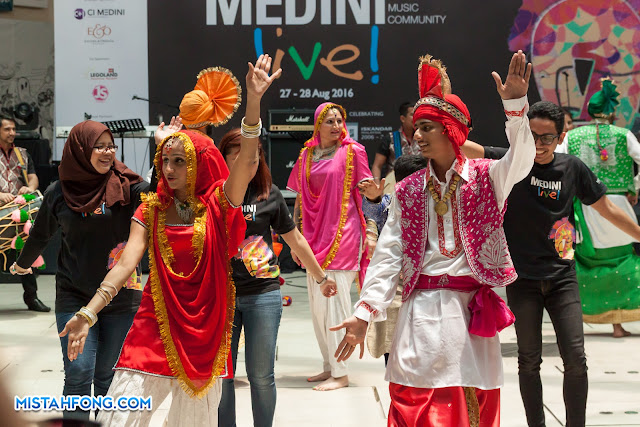 An exclusive excitable and fast-paced piece of battle drumline battle between invited schools and colleges . 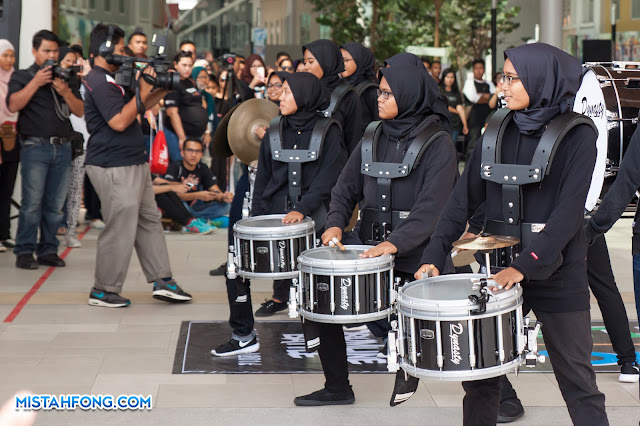 Carefully choreographed formations and showmanship to show the onlookers who’s the best marching band in the land. 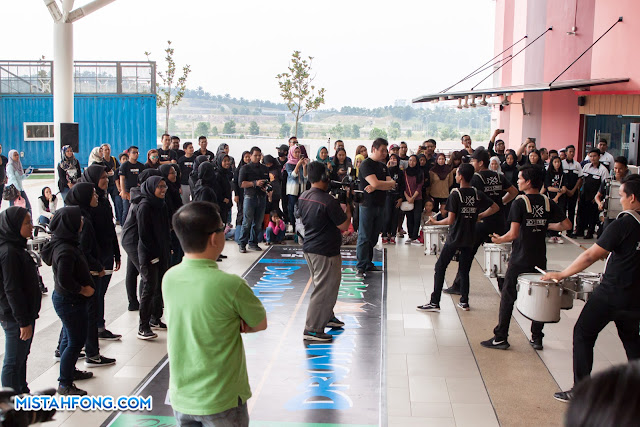 The fiery final battle between boys & girl erupted in a crescendo of snare rolls and driving drums in the middle of the mall and Sultan Ibrahim Girls School Band won.

Various art exhibitions and workshops were held, offering plenty for kids to do such as a pop-up book workshop, a unique new library concept exhibition by SK Medini, sand art, giant bubbles and more. 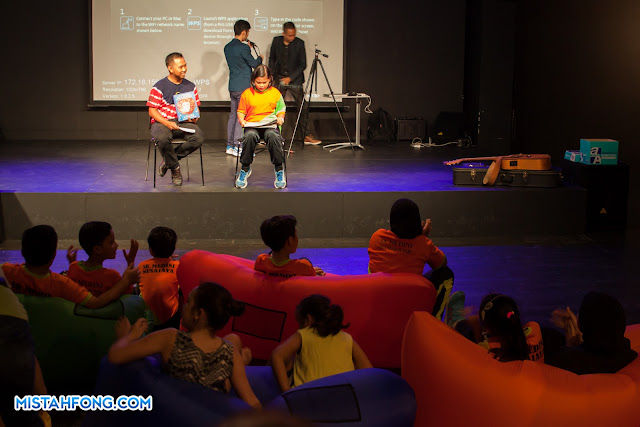 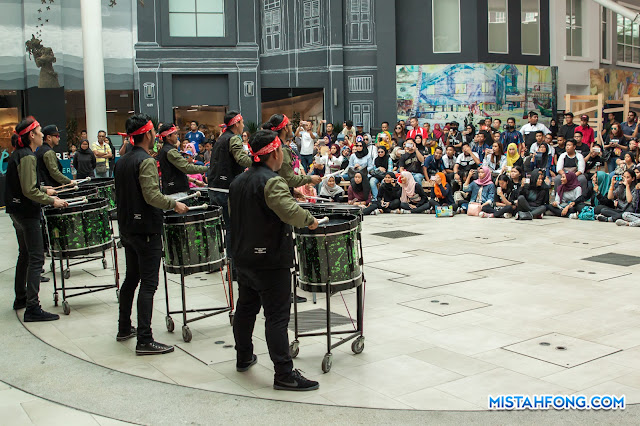 A lot of drums, brass, marching and formation by Batteryheadz Percussions. 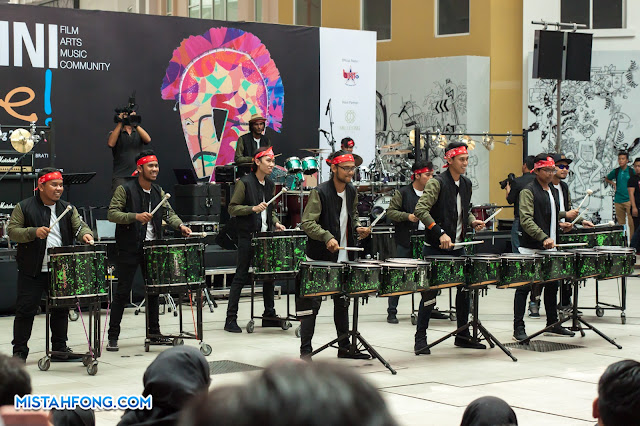 Az Samad, a talented guitarist who specializes in fingerstyle picking, The only artist that performed 2 solo sets  and 2 trio sets on both day. The trio set was known as Az Samad Trio with Kirsten Long (vocalist, pianist and ukulele player) alongside Kevin Theseira, bassist extraordinaire paying tribute to P Ramlee & Jimmy Boyle. 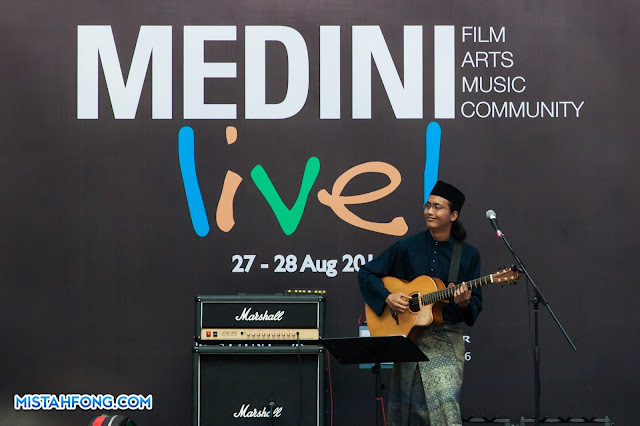 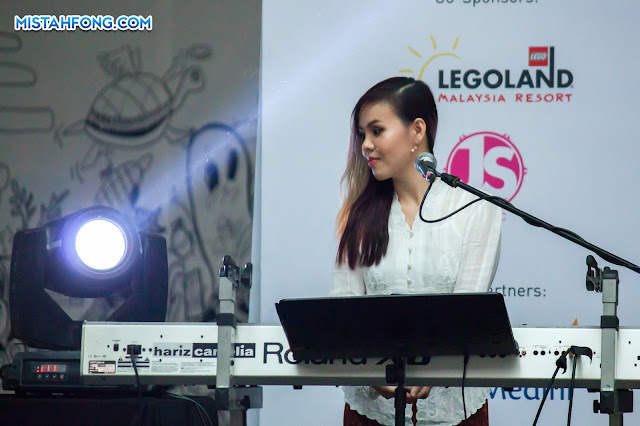 Stellar live performance by Malaysia’s eminent (and Johor’s own) songstress versatile singer-songwriter Najwa Mahiaddin, who mesmerized everyone with her rich soulful voice. 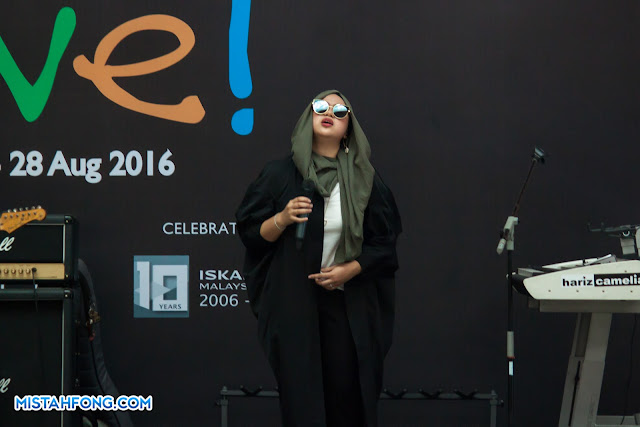 Some songs she performed are:  ”Got To Go”,  and covers Yuna ”Lanes”. 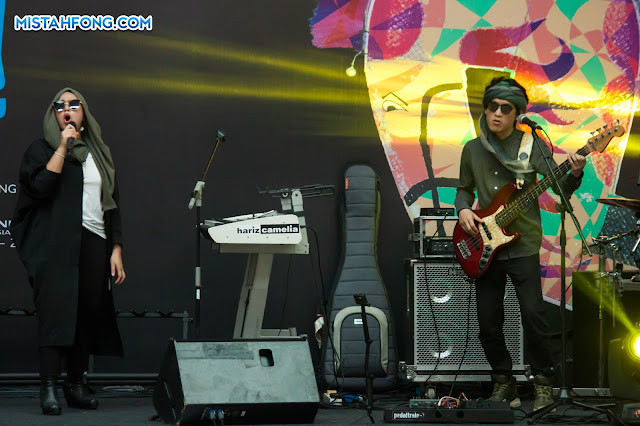 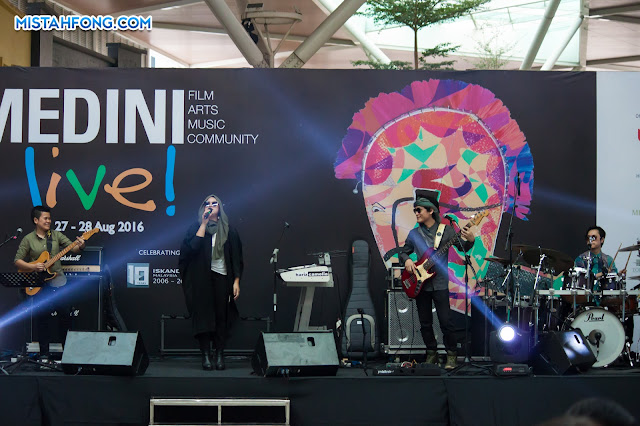 Malaysian tenor Sean Ghazi, who offered his rich velvety voice. Through his show, Sean was very engaging, he interacted with the crowd throughout his set and managed to get the crowd tapping their feet and dancing. 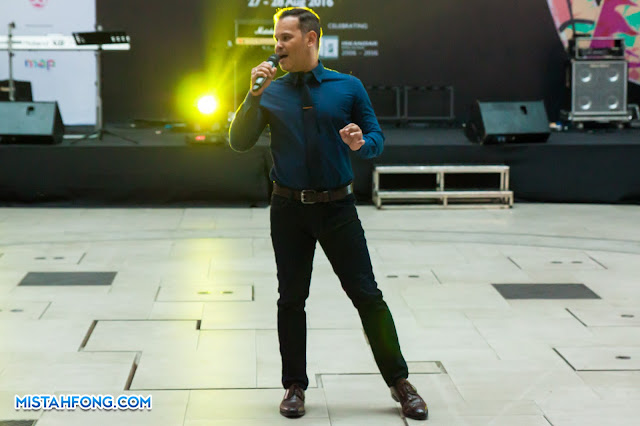 Duets with Liza Hanim sang “You’ll Never Find Another Love Like Mine”. Liza Hanim also did a solo performance earlier with her powerful vocal. 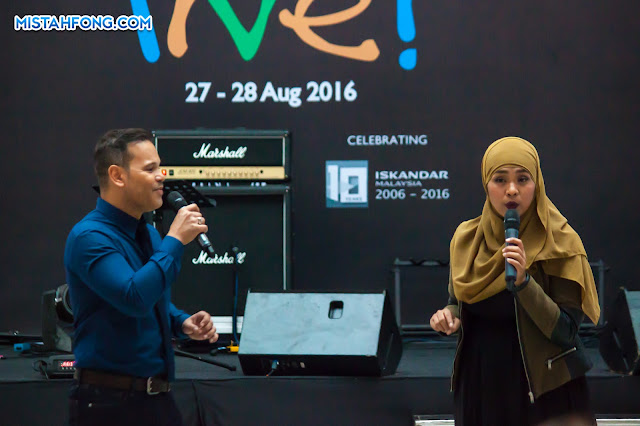 Ida Mariana’s, the jazz enthusiast took the stage with Sean for the songs “Quando Quando Quando”, and “Something Stupid”. 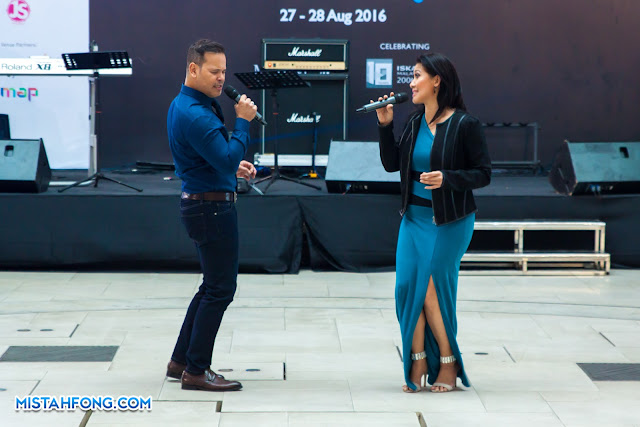 Sean passed the show over to Ida who enchanted audience with her sexy vocals performing cover song in her own style. 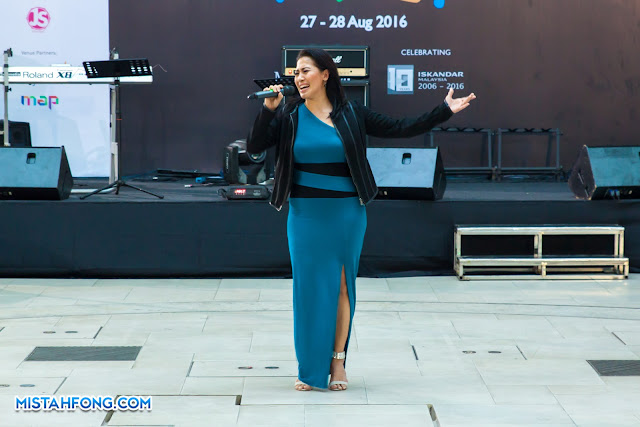 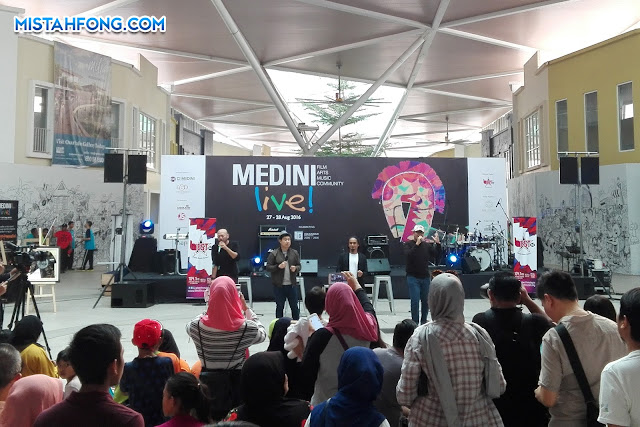 Returning for a second time and crowd favorites Mr.President Joe Flizzow kicked off the party with his radio hits such as “Polis Evo”,  “Budak Baek”, & “Apa Khabar”. 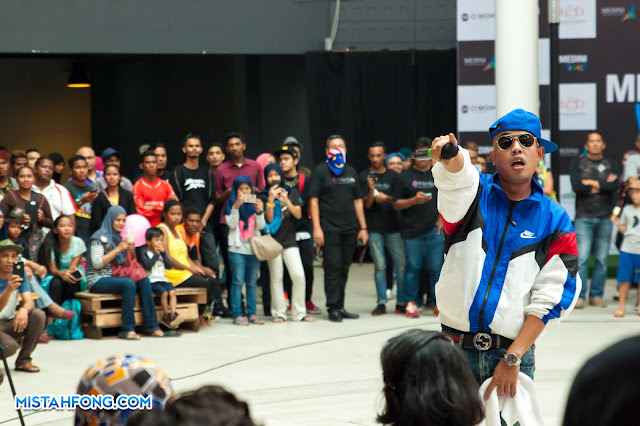 The mall energy was way up, his performance had the whole crowd really moving. 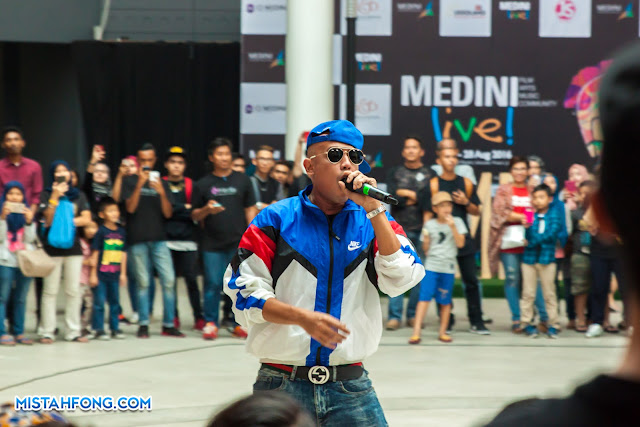 A kid stole the show when he rapping some of the “Budak Baek” lines. 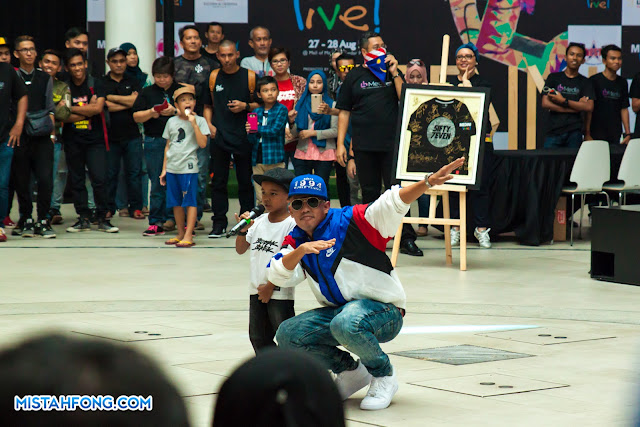 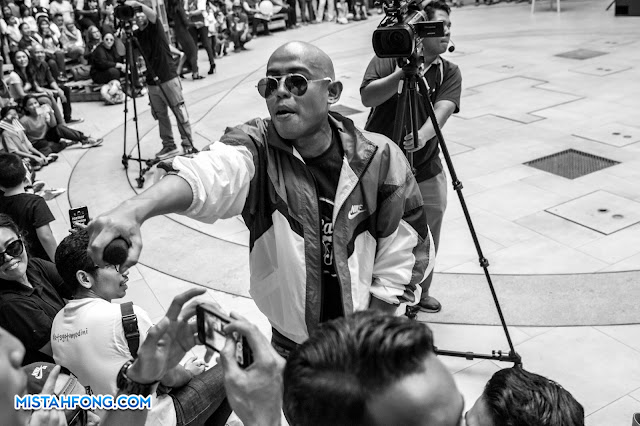 Final act of the day, acclaimed trombonist Q Sound or Marques Young who specialize in old fashioned jazz, R&B, hip hop and electro to soul, funk and classical music ended the festival with a bang. 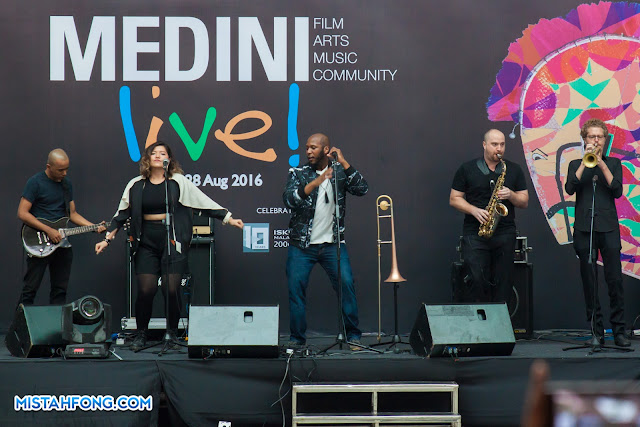 Boogying frenetically to his powerful, horn-centric blend of jazz, funk, soul and rock ‘n roll
tunes in his new repertoire were pinned to contagious grooves, energetic but intimate at the same time. 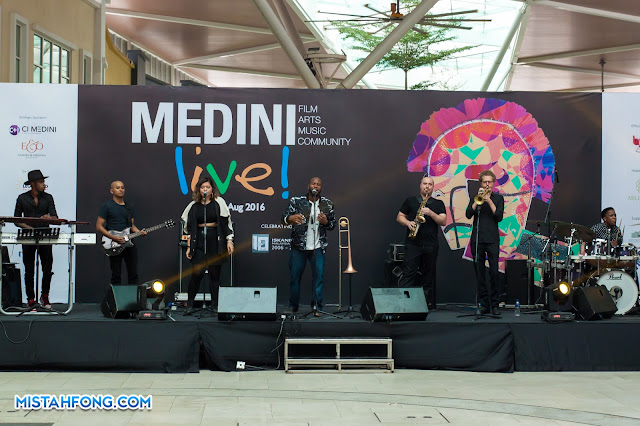 They turned in a pleasing set of modern jazz that was perfect for a sunny evening in the mall. 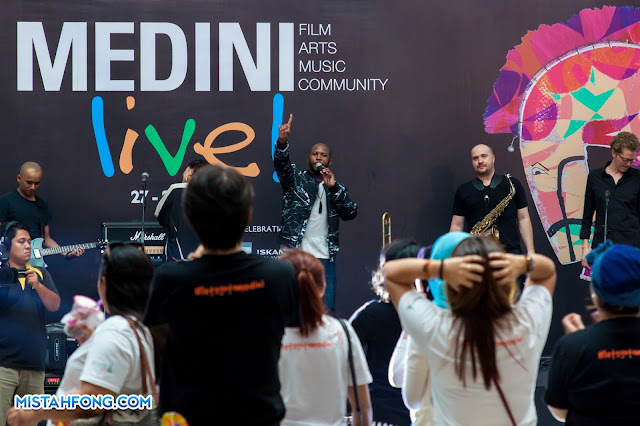 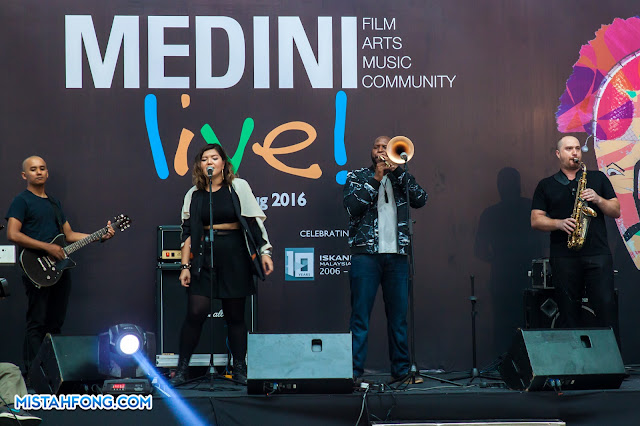 “Medini Live! is an inclusive creative space that aims to bring diverse communities together, while establishing Medini as a destination of choice. This is also well aligned with our aim to support and increase appreciation for local talents and the local arts scene. It is our aspiration for Medini Live! to become a platform for people to gather, connect, and to bond over a shared passion and desire for creativity. “ said Datuk Ir. Khairil Anwar Ahmad, Managing Director / Chief Executive Officer of Medini Iskandar Malaysia Sdn Bhd.