Soju Sunway threw one awesome party on 27 Nov with a “White Sensation” theme featuring an amazing entertainment line-up. The crowd were enraptured all night long by stunning array of lights, lasers, and awesome kaleidoscopic LED chandelier. 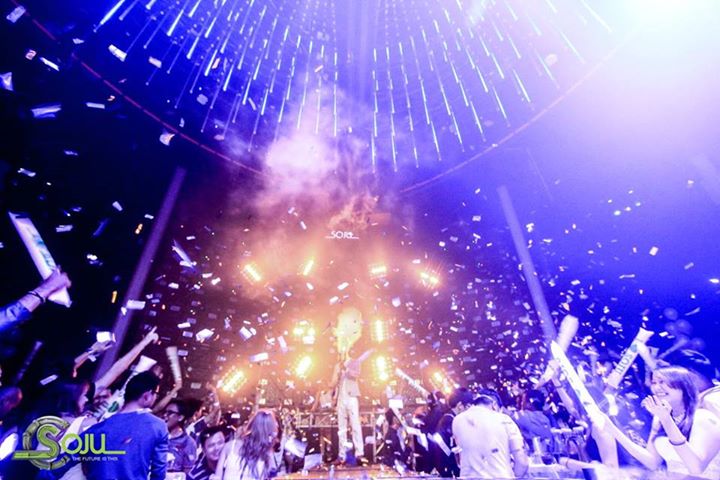 Located at Sunway Resort Hotel & Spa, the venue was transformed into a sea of white. Inspired by the worldwide dance festival “Sensation” phenomenon, guests were dressed head to toe in white.

Local band The Mars, kicked things off with an amazing live performance followed with powerful sets by Indonesian songstress Satrina, formerly of Crush Crew Project. She dazzled the audience with her fantastic vocals, performing songs from her recently released “Kisahku”. The powerhouse singer also delivered her hit single “Ketakutanku” accompanied by the Indonesian dance trio, N-generation. N-generation set the stage on fire with sizzling hot dance numbers, captivating the crowd with their svelte moves. 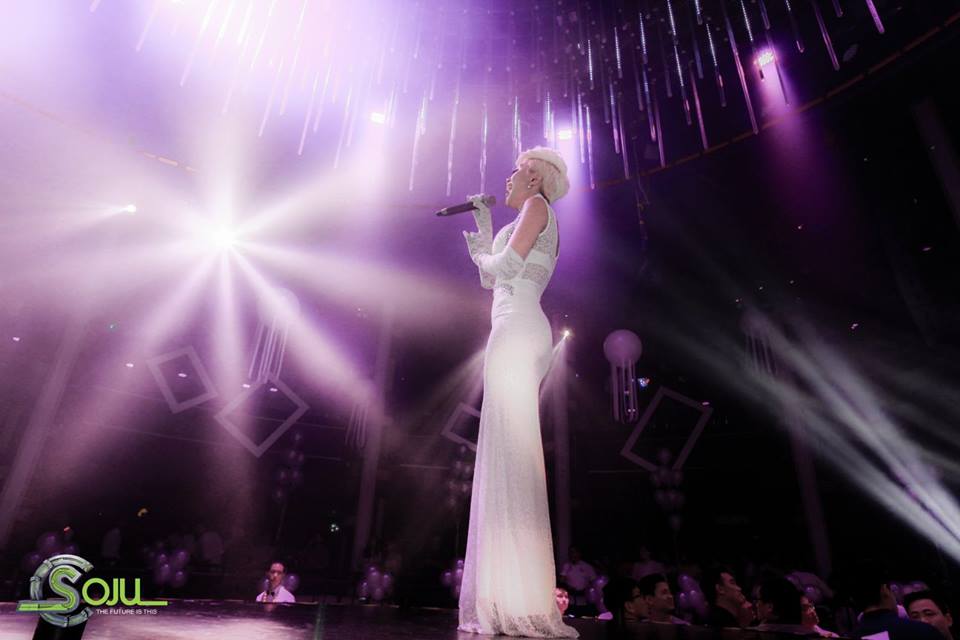 Soon after that, Eye Candies, a six-member girl group from the Philippines, also effortlessly mesmerized the audience with their tantalizing vocals and coordinated dance moves as they heated up the place with their intense energy, sizzling dance moves and non-stop vibes! Everyone instantly went into pump mode. 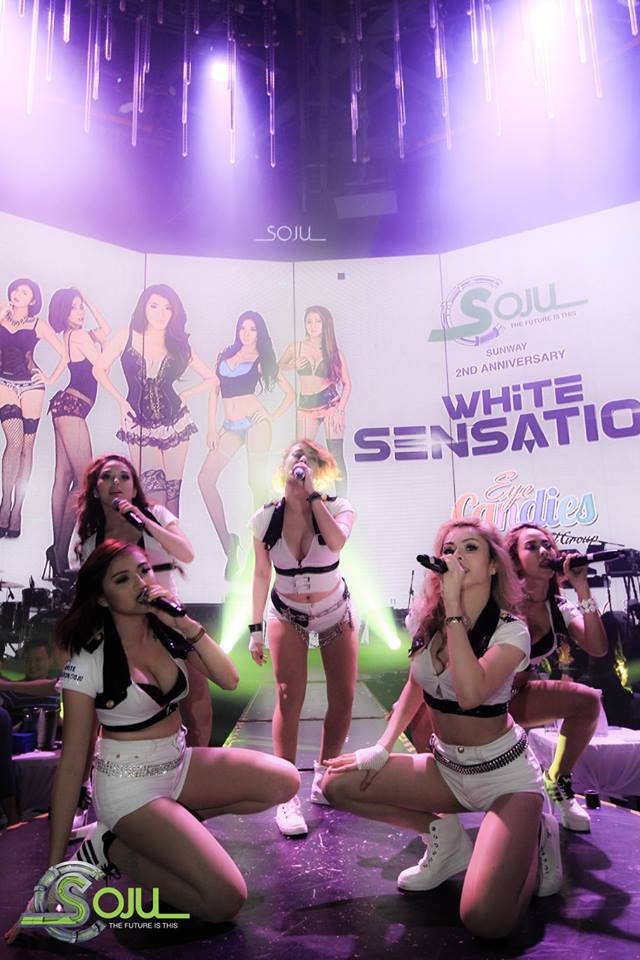 My favorite act that night, was however, the incredible alluring aerial arts and pole dance talents of Viva Vertical Malaysia, who showcased their gravity-defying stunts with much poise and grace. Their impressive skills made it difficult for the audience to look away the entire time. Smartphones and cameras saved the night as the incredible stunts performed were recorded for prosterity and to share on social media. 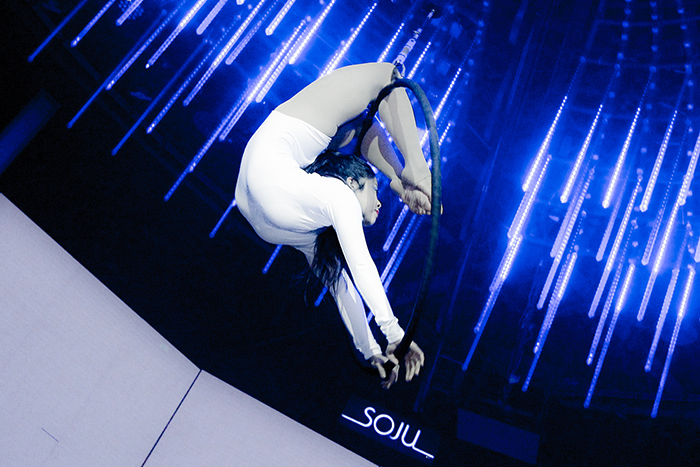 Later that night, Canadian band Ovaload rocked the stage with their energy-packed performance. They made the crowd go wild with live variations of rap, rock & pop, including “Eminem’s – Lose Yourself”, and their pumped-up rendition of “Bon Jovi’s- It’s My Life”. 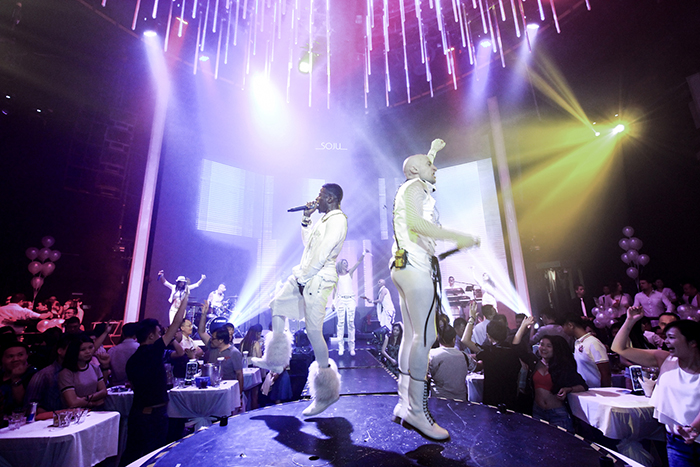 Headliner of the night, DJ Litchi from Russia certainly lived up to her name as the bright and scandalous queen of the dance floor. She churned out an eclectic mix of EDM, house and twerk mash-up tracks to crank elevate the night’s performances even more. 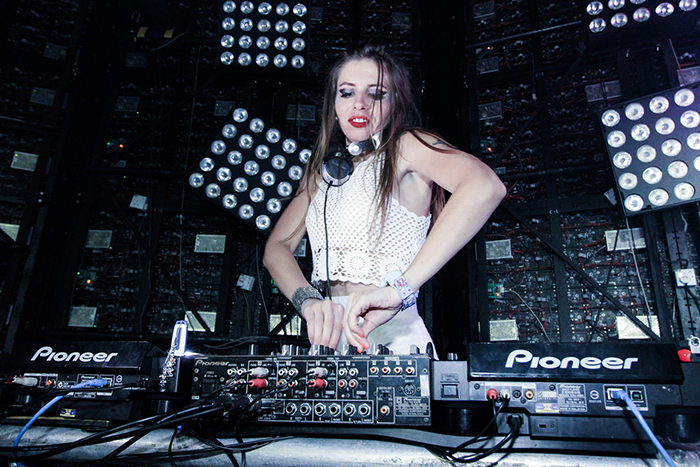 Well past 1 a.m., the club was still packed and the party still going strong. Romanian performer Mario, decked out as the Super Soju Robot in his LED-lit costume, provided futuristic entertainment and showed off his incredible guitar act combined with a stunning laser light show beautifully illuminated the club’s expansive interior, keeping the crowd going hard well into the early morning. 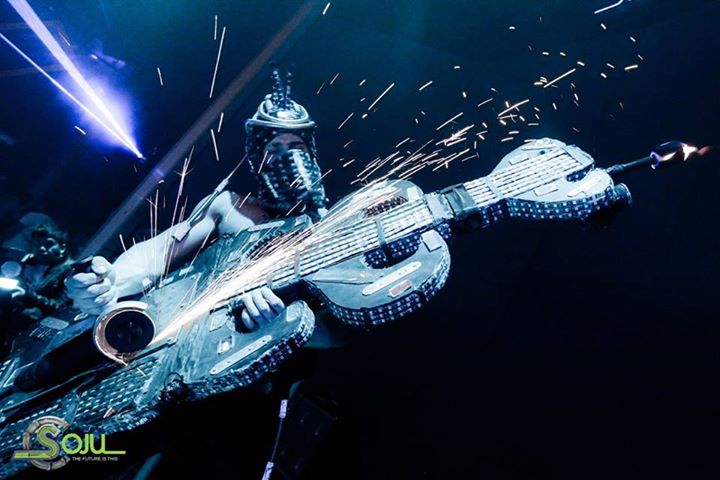 Overall, it was a awesome party, a combination of local and international talent with amazing performances under one single roof. Soju Sunway, which first opened its doors on Nov 27, 2013, is part of the Soju chain of entertainment clubs managed by Penang-based entertainment group Worldwide Platinum Records.

For more info & reservation please visit their official FB page Soju Sunway at
https://www.facebook.com/sojusw/
as well as their website at http://www.soju.com.my