Famous K-Pop group, Big Bang, was back in town last week on their world tour “Big Bang 2015 World Tour (MADE) In Malaysia 2015 “! Due to overwhelming fan response, the organizers IME Productions even held an an extra show to the two day schedule. 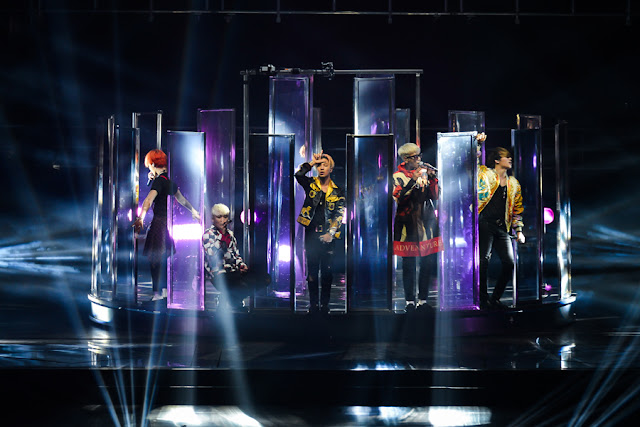 After the crowd’s appetite was whetted by the latest Big Bang music videos shown on the big screen, G Dragon, T.O.P, Taeyang, Daesung and Seungri kicked off Friday’s concert with the latest hits “Bang Bang Bang” and kept the crowd hyped with their extremely energetic performance to non-stop screams, and rapturous cheers and sing-alongs with fans. 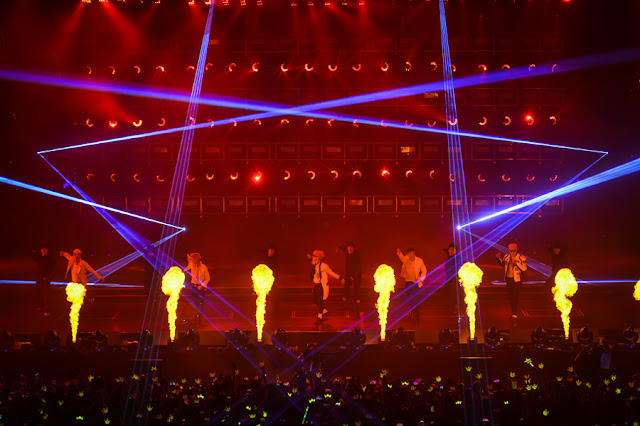 During the “Stupid Liar” chorus , the show was taken to another level as suspension bridges from left and right side that connected to another stage move into the middle, allowed the band to safely bypass rabid fanboys and girls mid-air through the rockzone area ! 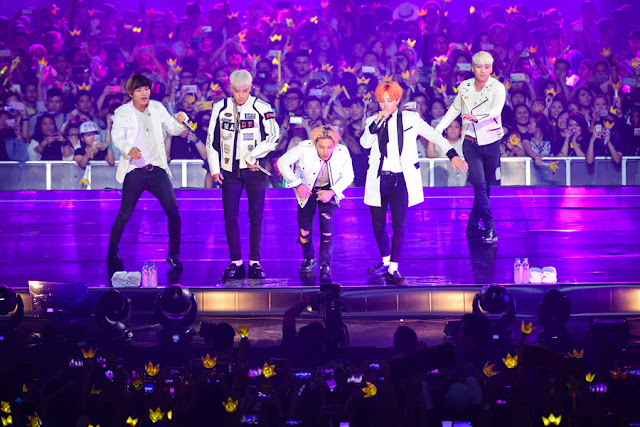 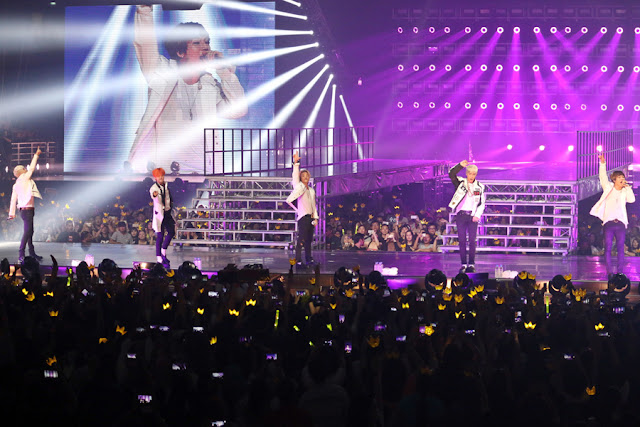 After singing some songs, each member introduced themselves:

Taeyang: Do you guys remember the last time I was in Malaysia? I miss it here!
Seungri: I love being in Kuala Lumpur! I love Malaysian food! I love Malaysian weather and Malaysian ladies!
TOP: “Malaysia, Kamu Bagus !” (He also spoke in Malay which can be translated as you guys are great)
G-Dragon: We heard Malaysians VIPs can sing really well, is it true? Can you guys sing along with us?Most amusing to the crowd was Daesung’s intro where he quiped, “Saya tak boleh nampak !” few times (“it means I cant see in Malay”, he was trying to be cheeky by covering his eyes with his hair. Then he cheekily flicked his hair away so that fans could catch a glimpse of his eyes and quickly put it back again. 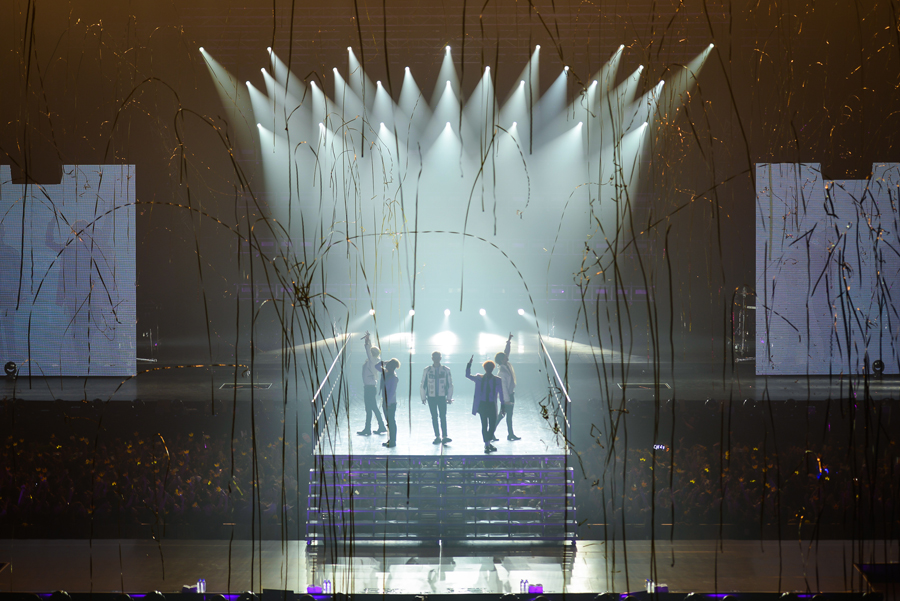 Every Big Bang member got to give a solo performance, with Seungri starting off the solos with his signature sexy “Strong Baby” and “Lets Talk About Love” with G-Dragon & Taeyang. While TOP performed “Doom Dada” with his deep voice and rapid fast rap skills that all the fangirls go crazy over.
Taeyang sang one of his greatest hits , ” Eyes, Nose & Lips”,  an incredibly powerful vocal performance plus a massive karaoke session. Besides, Daesung performing the hit “Wings”, Daesung also got to shine for 2nd time in their new song ” Sober “. He started the song with an impressive drum solo performance and continue played entire song. 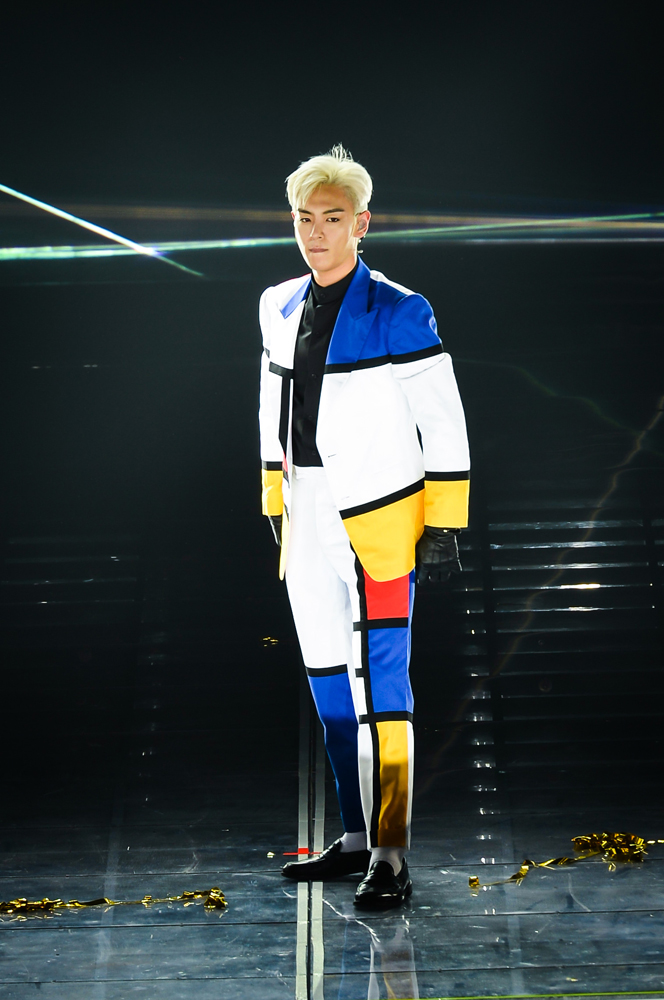 The crowd go crazy again when G-Dragon & Taeyang singing “Good Boy”, which was followed immediately after by G-Dragon’s solo, “Crooked” , which was carefully calculated to whip the audience into a further frenzy. 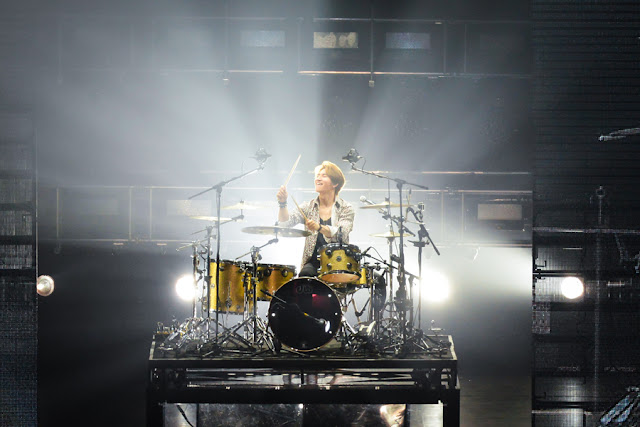 Besides their latest offerings, they also sang some of their best hits , like Fantastic Baby / Lies / Haru Haru / Bad Boy & etc.. 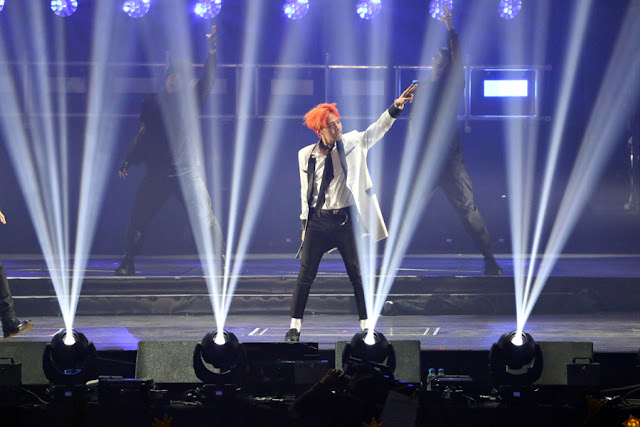 Two lucky fans got very special mementos as Seungri threw his MADE jacket to his fans and Taeyang threw his bandana and cap during the encore session. 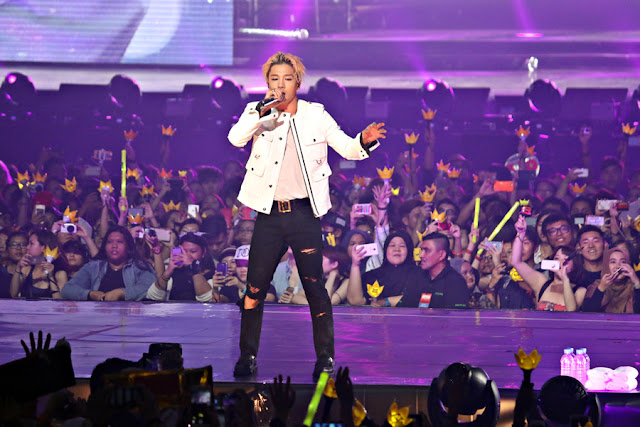 The night closed with the boys performing the hit “Fantastic Baby” as they bid farewell to their fans and left the stage. As G-Dragon was calmly announcing that it was the last song, Seungri interrupted with “No! GD! Don’t go!‘ It’s time to get yo crayon!!” And to their fans joy, the band came back on stage for an encore. Performed “We Like 2 Party” & “Hands Up”. 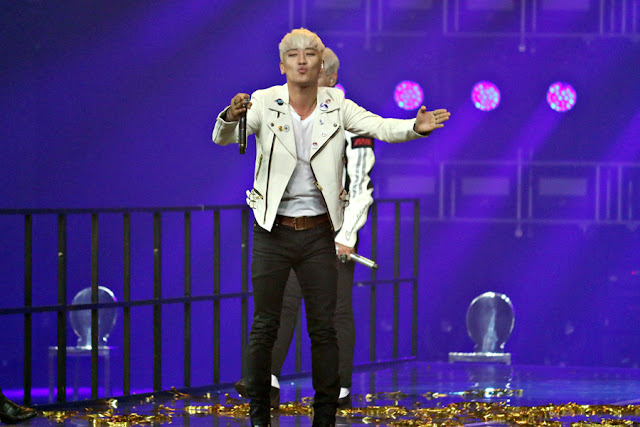 Big Bang & fans partied like there was no tomorrow in that two hour performance replete with cool stage effect like the suspension bridge mentioned earlier, a rotating stage with mirrors, bursts of confetti, pyrotechnics, towers of flame and fancy props including an angelic Grecian sculpture and mask-like silver throne, also well choreographed dance moves backed up by the amazing live band performance which we have come to expect from the boys. Big Bang ended their concert with a BANG indeed ! 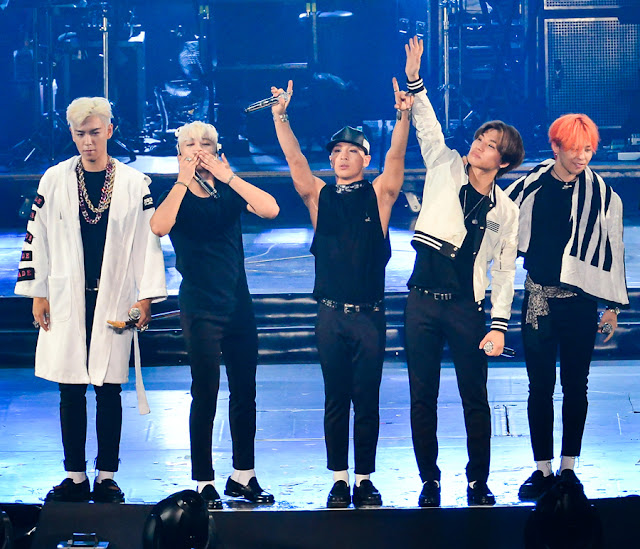