Last call to uncage your passion

As the football season draws to a close, Tiger FC invites fans to unite one final time to witness two rival teams battle it out.

Only a few more matches before the league comes to an end, and Tiger FC is calling on all football aficionados to unite at the final ‘Big Away Game’ of the 2014/15 season.

With a full itinerary of footie-centric activities to celebrate the beautiful game, any self-respecting football fan should make their way to TBF (The Beer Factory) in Sunway Giza on Sunday, May 17. Kicking off at 7:30pm, fans can partake in a foosball tourney, mobile games, and of course, Tiger FC’s game-changing digital platform aptly named, Playmaker. 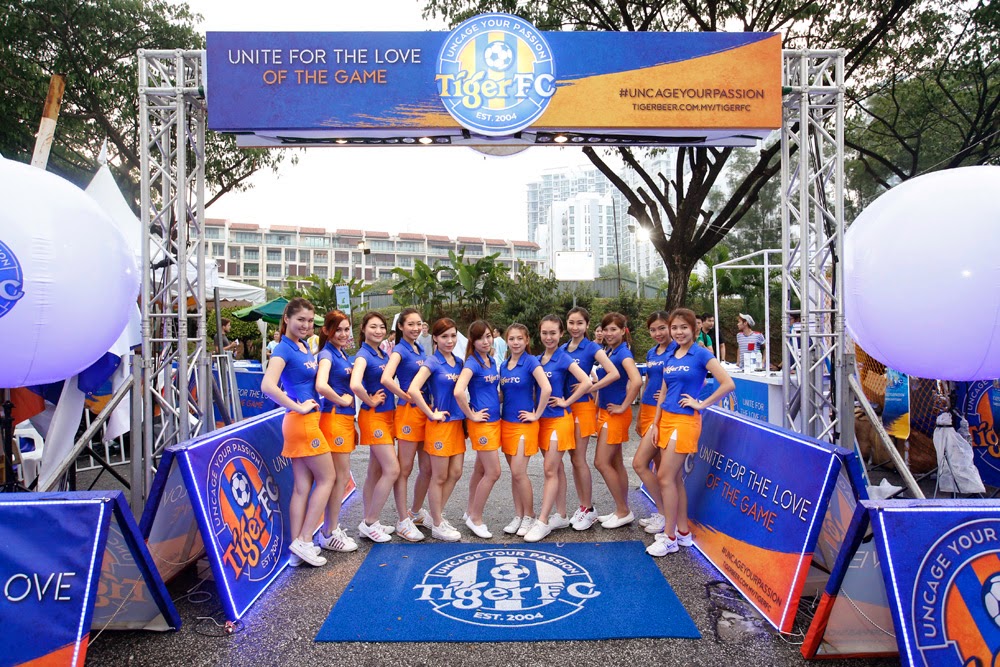 The mobile web application that operates from any web browser beckons fans to predict the game play for each half. Football fans are encouraged to bring their A-game to the event in order to score the most points on Playmaker’s football related trivia and be rewarded with premium gifts including prizes like a smartphone, 50” LED flat screen TV, tablet, compact camera and watch.

Tiger Beer marketing manager Tai See Wai says, “As we conclude this season’s hosting, we’d like to invite fans to join us once more for the love of the game, the atmosphere, the prizes and the cold beers. The highly anticipated May 17 match between two long-time rivals is definitely a game hardcore football fans would not want to miss. We hope to see you there.”

In addition to the Big Away Games, Tiger FC has also made it easier for fans to catch live matches at its clubhouses. Located across the Klang Valley, northern and southern regions, these clubhouses are ready to play host to selected matches. To find one near you or for updates on the upcoming Big Away game, visit www.facebook.com/tigerbeer