Tiger Beer is proud of its Asian roots and wants to showcase this to the world, as its latest campaign reveals. Tiger Beer, which has been popular locally since its inception in 1932 and successfully expanded its footprint in Asia and beyond, has now launched a bold new campaign featuring short films on the real stories of young Asian personalities.

The campaign features inspiring stories of female Chinese tattooist Joey Pang, a make-up artist turned coveted tattooist, Thai-American stuntman Charlie Ruedpokanon, who studied business management but is now a Shaolin-trained stuntman, and Singaporean filmmaker Anthony Chen, whose films broke Asian conventions. UNCAGE tells the story of how they have forged their own paths, breaking free from conformity. (Please refer to appendix A for profiles)

With this campaign, Tiger is running counter to traditional beer advertising themes and wants to speak to young adults in a personal way, to inspire them to realise their potential. For many of them, conforming to societal or family expectations and taking safe, a well-trodden path is the only way to go. The Asian beer brand is portraying itself as a symbol of courage – encouraging people to ‘ignite the Tiger inside’ and take the leap to follow their passions and dreams.

Bruce Dallas Marketing Director of Guinness Anchor Berhad (GAB) said, “As an iconic beer brand created in Asia, Tiger aspires to spark a change among young Asians. We see great potential emerging from this region and through UNCAGE hope to inspire young talents to follow their dreams.”

The 360-degree campaign challenges people to think about their personal cages and hopes to inspire them to overcome the odds, the naysayers and their own hesitancy to fulfill their potential. Whether one wants to uncage ones’ self from the daily nine – to – five grind, the paper chase, the morning rush hour commute or any other routines and norms, UNCAGE encourages them to find their courage and turn their restlessness into action. In singling out this raw desire that is buzzing throughout Asia and the world, Tiger moves beyond simply advertising a beer – it is putting a mirror up to the people who have the power to shape their own lives and chart a dynamic future for the region. 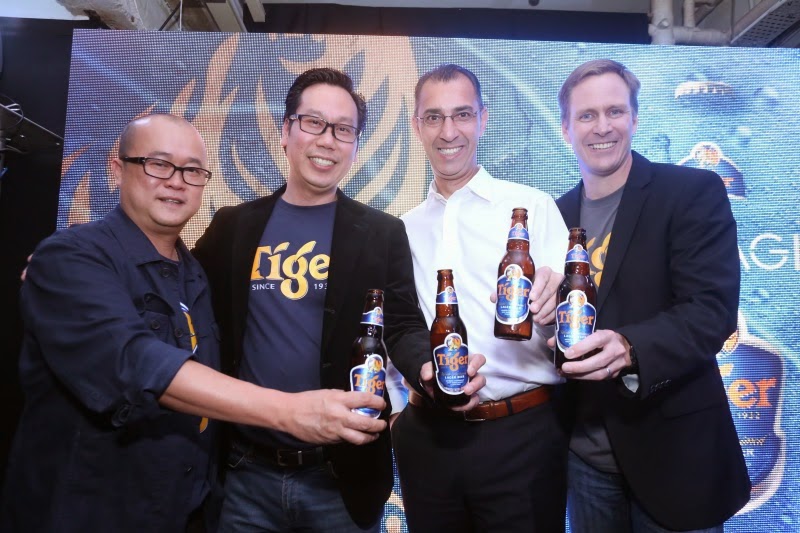 As part of the launch, two simple contests were created for fans. The first calls for consumers to watch Tiger UNCAGE videos at www.tigeruncage.com.my and answer three simple questions to win an exclusive paid trip to Hong Kong for a freehand tattoo by Tattoo Temple founder Joey Pang. The second beckons fans to uncage themselves via a photo contest and stand a chance to win exclusive UNCAGE merchandise. On top of that, the website also enables consumers to create their personalised 15-second UNCAGE video at the website based on their Facebook profile.

UNCAGE will be launched in 25 countries with print and integrated digital engagement programmes. This will be accompanied by the unveiling of an enhanced vibrant brand identity across all consumer touch points including fresh logos, visuals and packaging.

To find out more about the campaign, visit: www.tigeruncage.com.my