The MTV World Stage Malaysia 2014 music party landed on Surf Beach, Sunway Lagoon on Saturday, 16 August 2014, and it was a night to remember! The stellar line-up of performers B.o.B, Yuna, Boys Republic and Thaitanium rocked the stage in Malaysia with a collective explosion of R&B, hip-hop and K-pop performances to a live audience of over 10,000 fans. 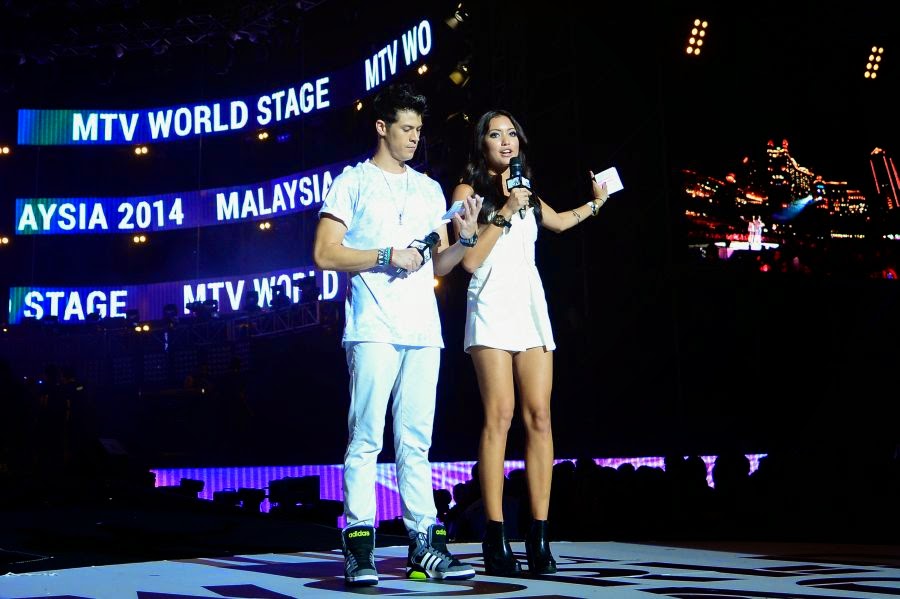 Thaitanium opened the night and wowed the audience with an upbeat 11-track medley, which included an inaugural performance of their new single with Snoop Dogg, “Wake Up (Bangkok City)”. 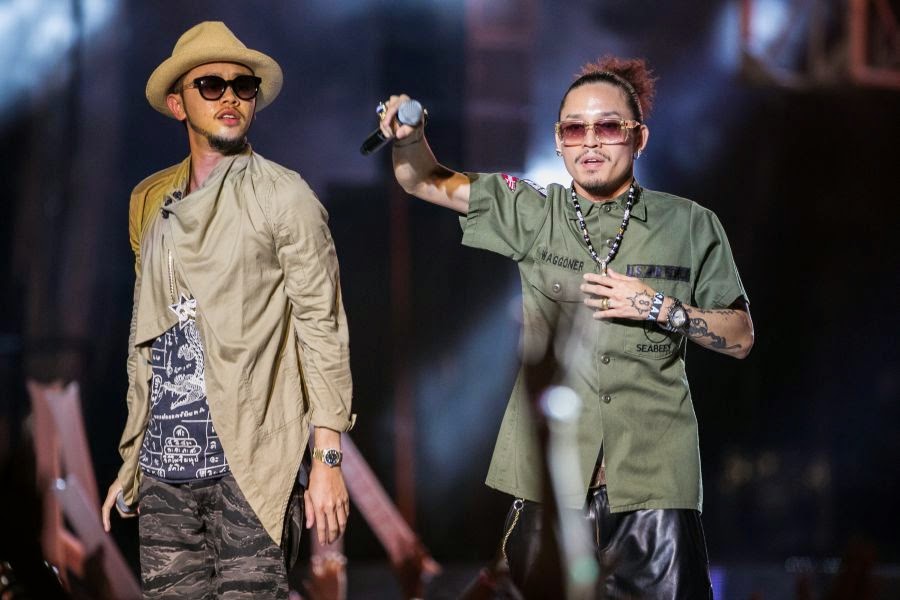 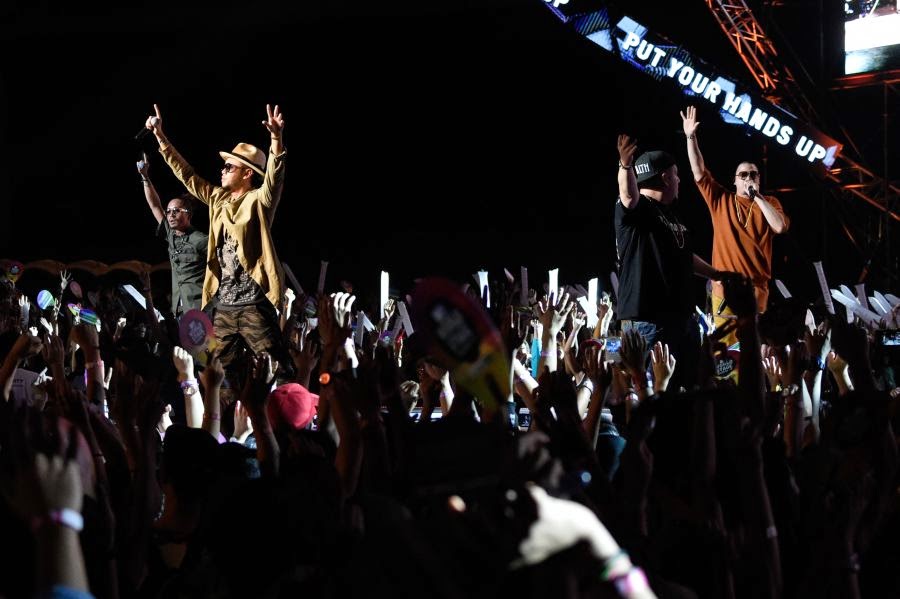 The five sons of Siam – KHAN, WAY, DAY, BIG CALO and Tony B – got the audience rocking and really set the mood for the night. They performed songs like “Do What I Say”, “Bong Tong”, “Put Your Hands Up” and “Sukebe”. 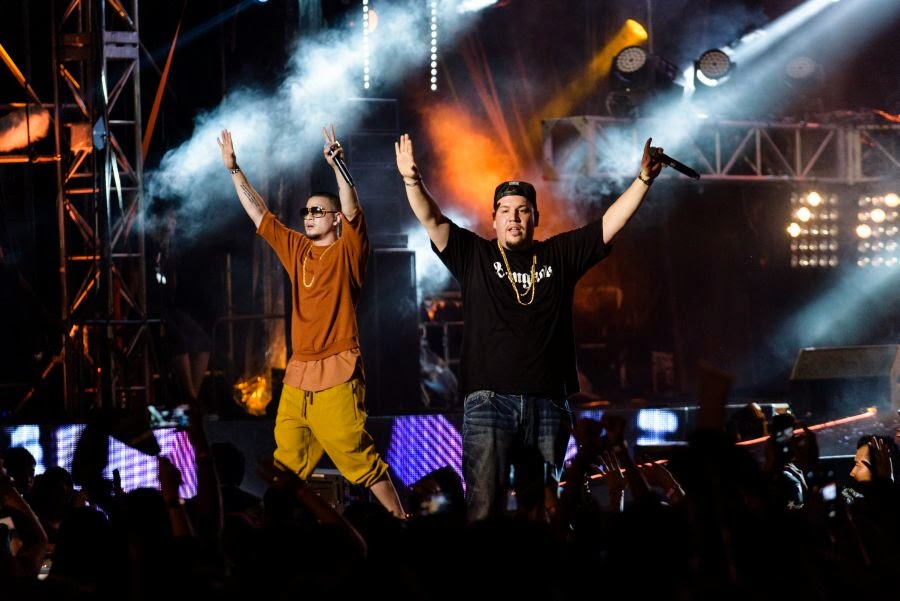 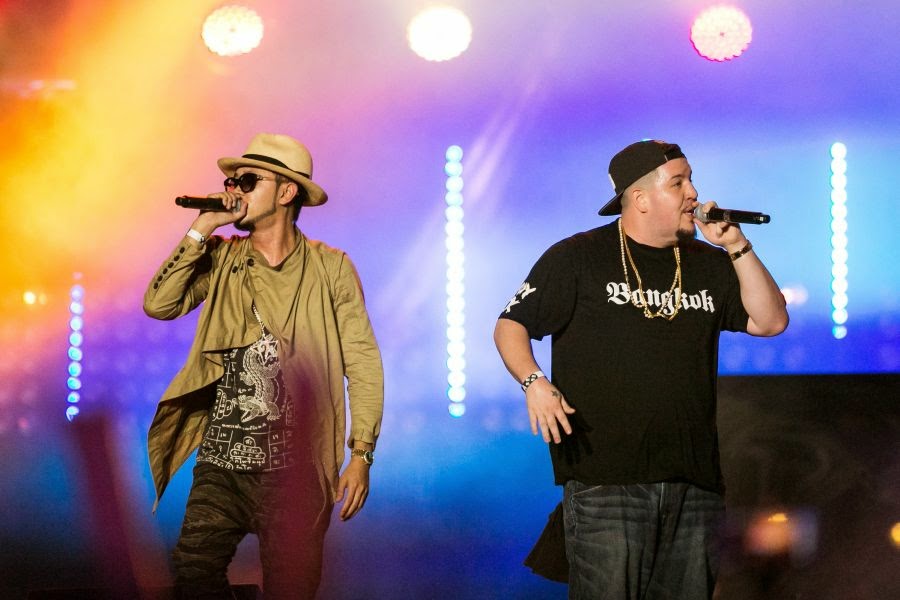 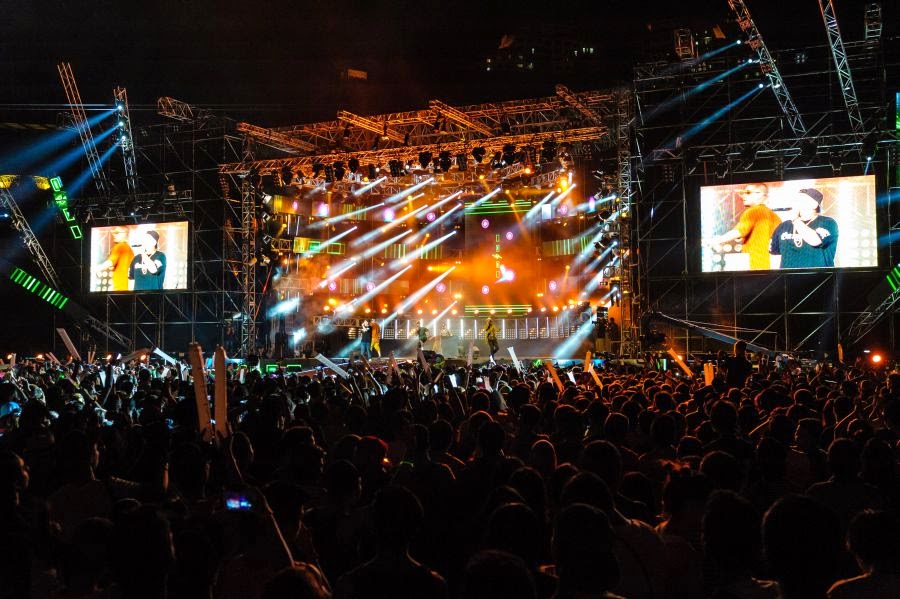 Kicking off their performance with “You Are Special”, Boys Republic made their MTV World Stage debut with a bang as the stage ignited with a burst of fire power, matched by their fans’ screaming frenzy. 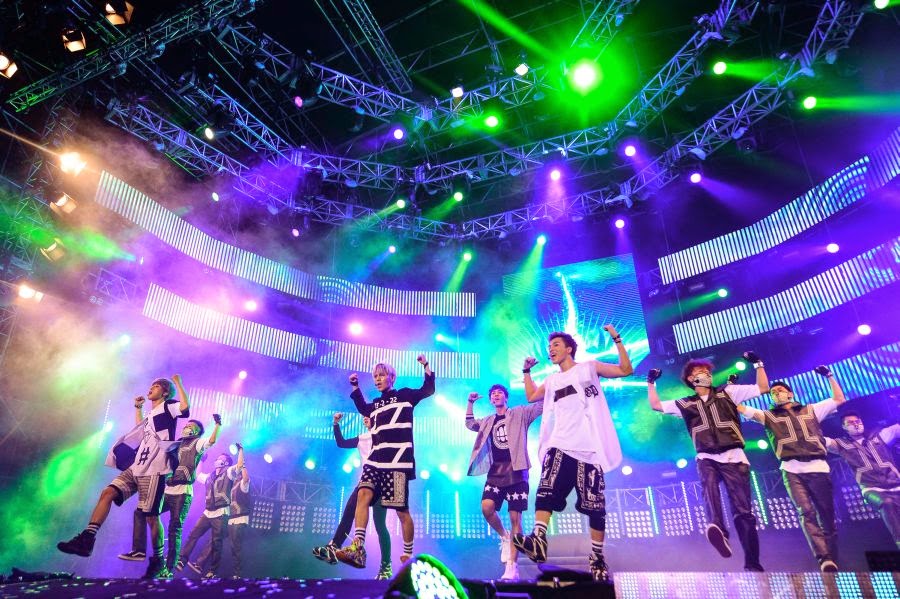 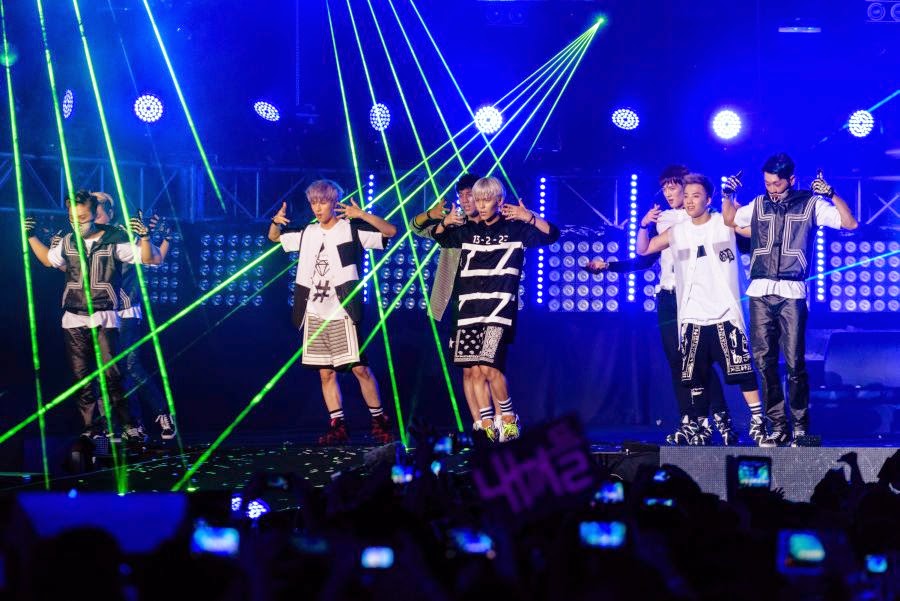 The boys charmed the audience as they interacted with fans and expressed their love in returning to Malaysia. The audience was surprised with a maiden performance of Boys Republic’s remix of “Video Game” on the MTV World Stage Malaysia, where fans were invited to post 15-second mobile phone clips on Instagram to #worldstagemyfancam. One lucky fan, who won Boys Republic’s “Girlfriend” contest, was introduced during “Dress Up”, leaving hearts racing throughout the performance. 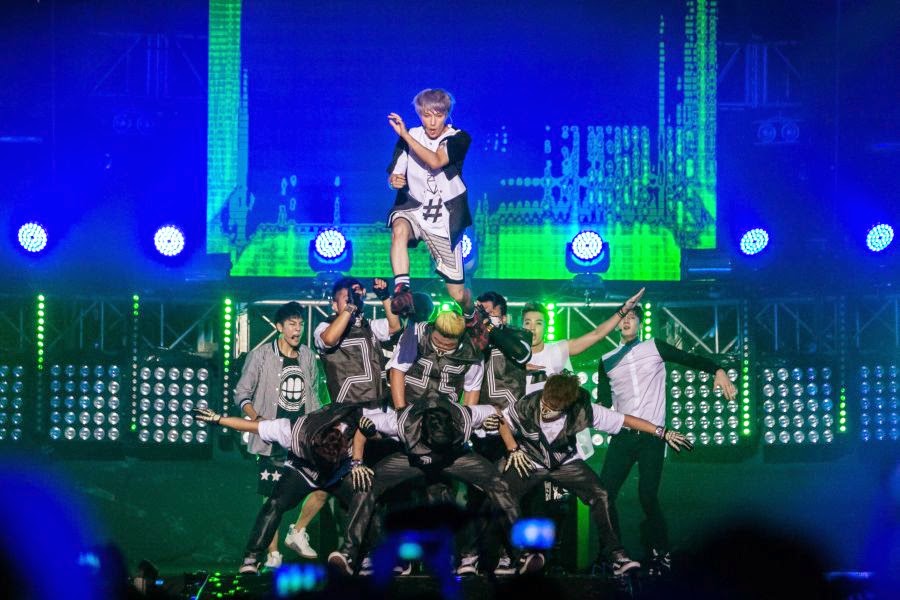 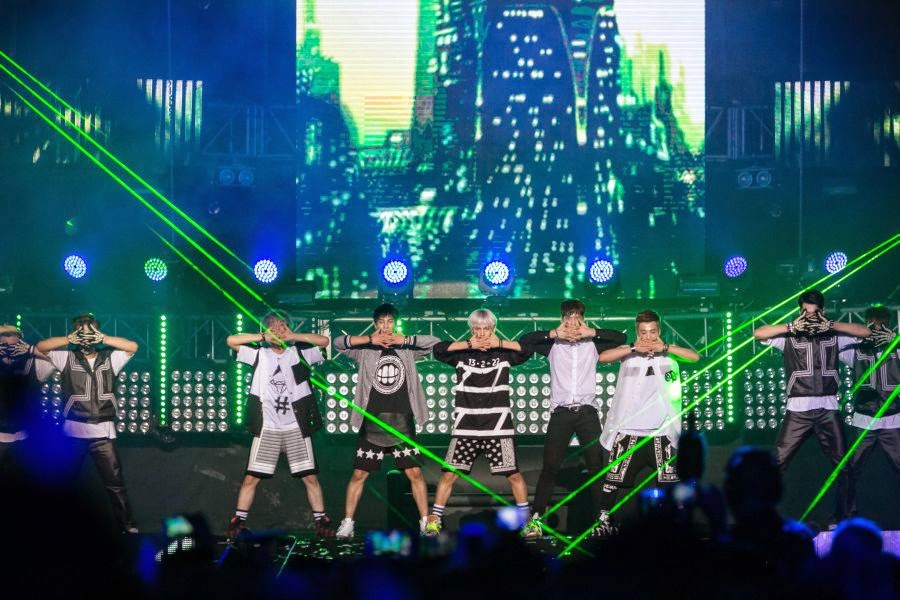 The winner was curated towards a new Korean look by the K-Pop group’s stylist and received a wardrobe she strutted proudly on-stage as the boys serenaded her. Their show culminated with fan favourite, “Party Rock”. 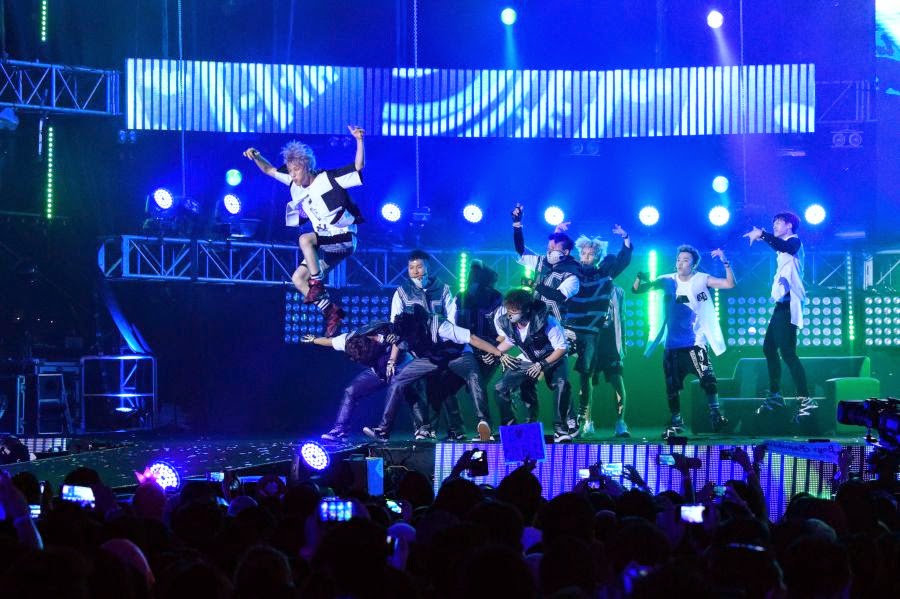 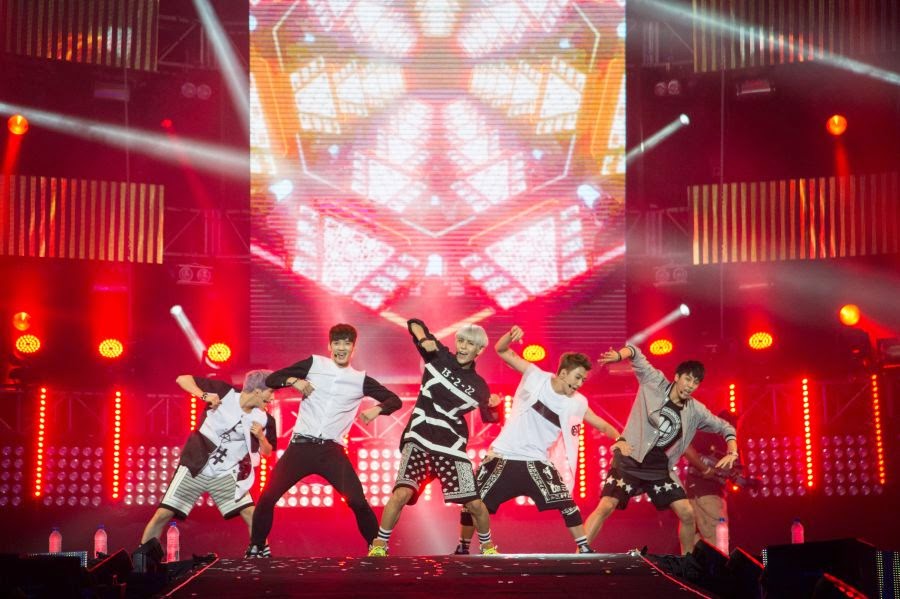 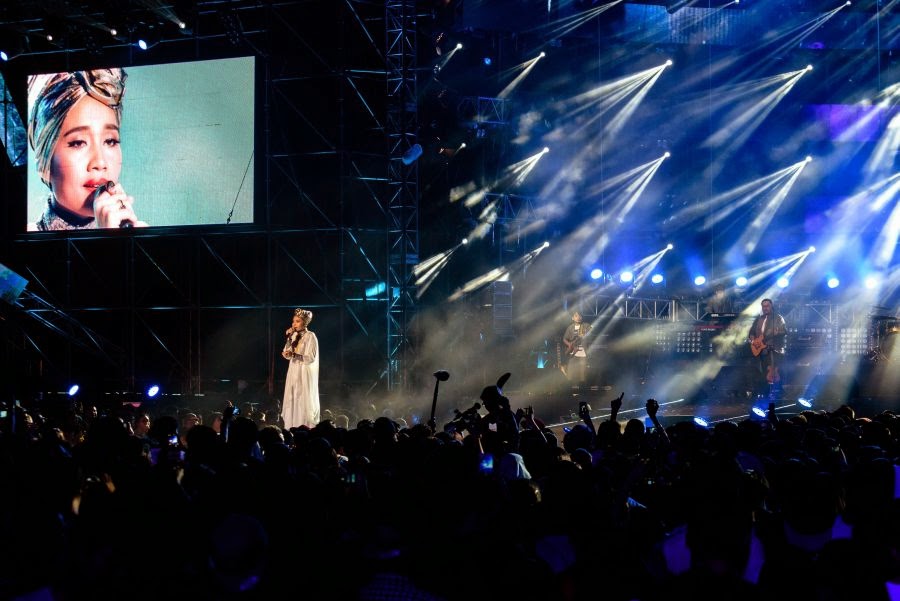 The crowd gave a rousing welcome to their home girl, Yuna as she was elevated elegantly on to the stage, singing “Falling” against a backdrop of waterfall pyrotechnics. 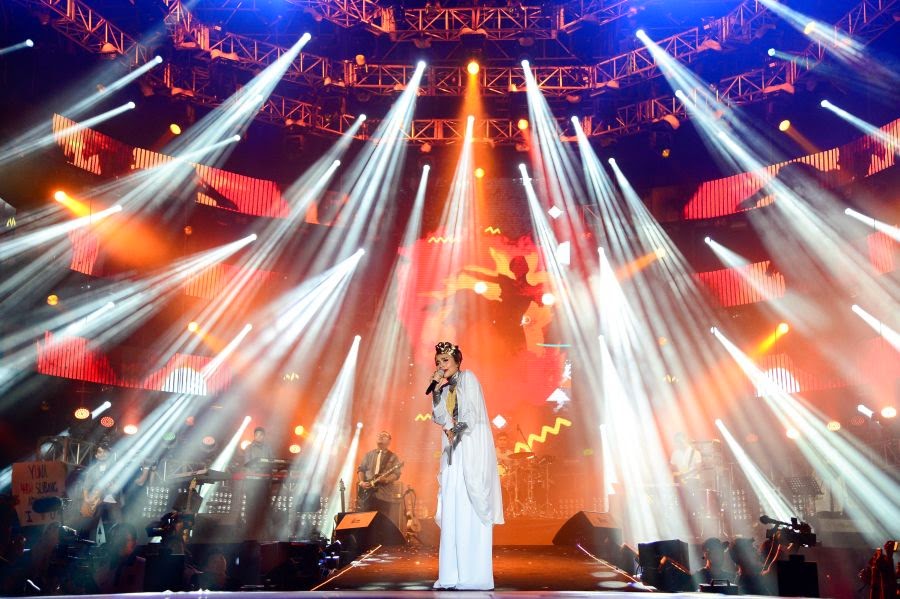 She enticed with soulful, intoxicating renditions on the MTV World Stage, including “Mountains”, “Lelaki” and “Dan Sebanarya”, “Lights And Camera” and “Terukir Di Bintang”. She mesmerized fans as she performed “Rescue” with her ukulele. 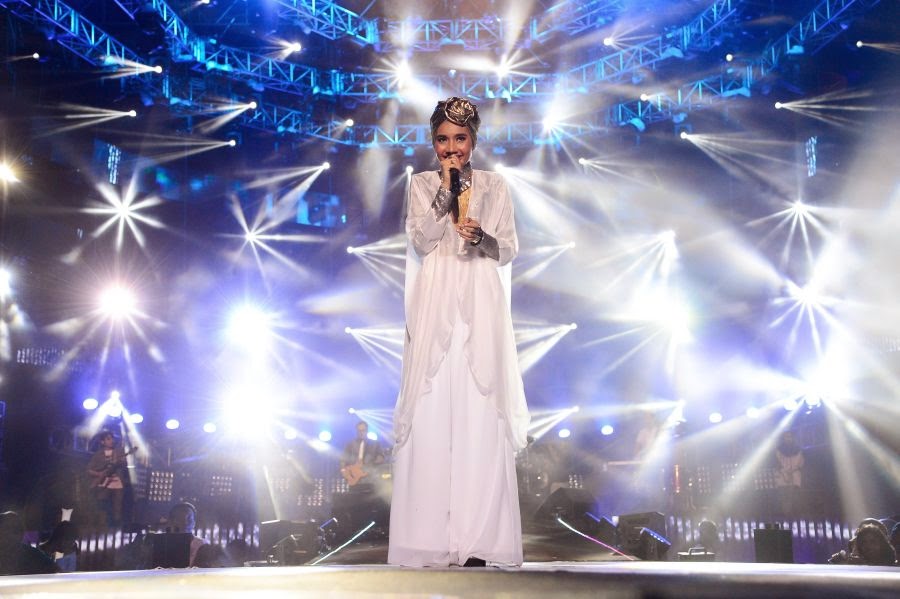 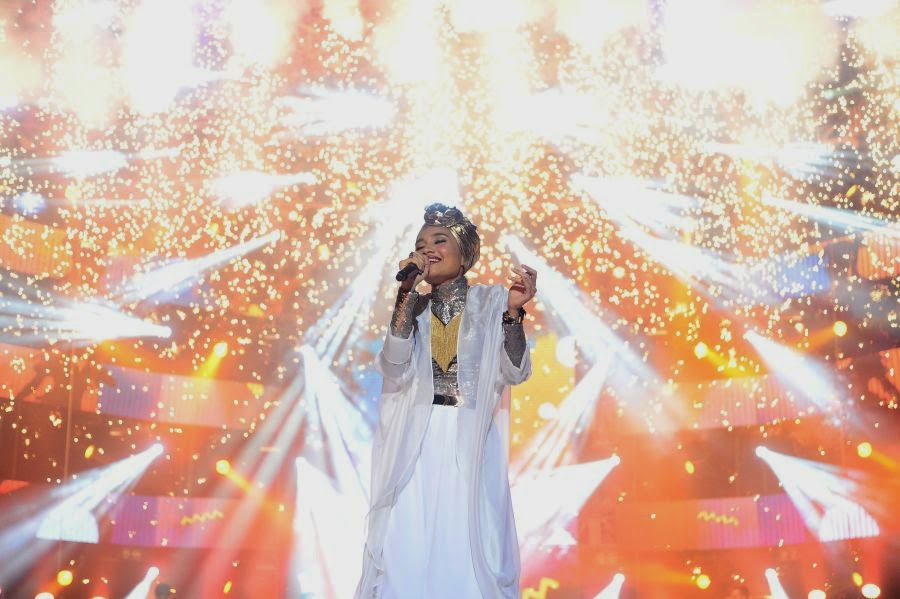 The Malaysian superstar then wrapped up her set on MTV World Stage Malaysia with an absolutely magical performance of “Come Back”. 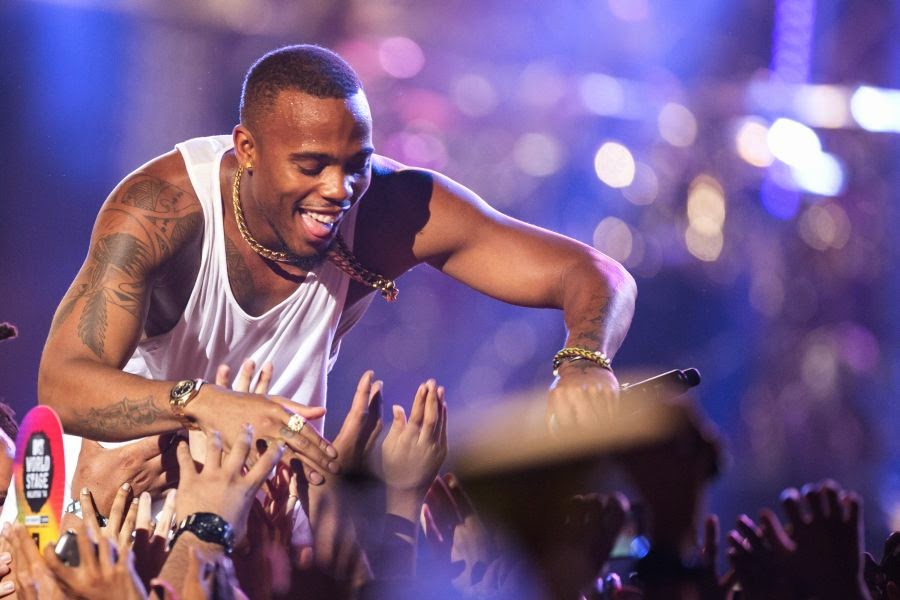 Returning to Malaysia, B.o.B heightened the crowd’s energy level as he kicked off his set with a spectacular display of lights as his backdrop. The international rapper impressed the audience with an energetic performance comprising of a 16-track medley that kept the audience bobbing to tracks like “Don’t Let Me Fall”, “Ready ft. Future”, “Headband ft. 2 Chainz”, “John Doe ft. Priscilla” and “So Good”. 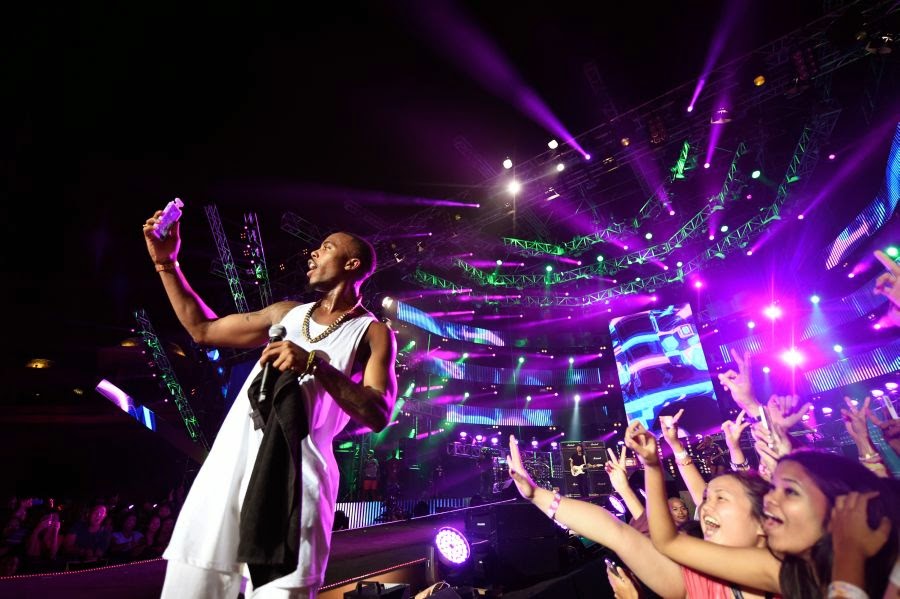 At the start of feel good song “Magic”, B.o.B headed over to his fans and exchanged high fives with them, showing his down-to-earth side. A master at thrilling his fans, B.o.B took live performances to the next level as he cheekily stole a phone from the audience to snap a selfie. 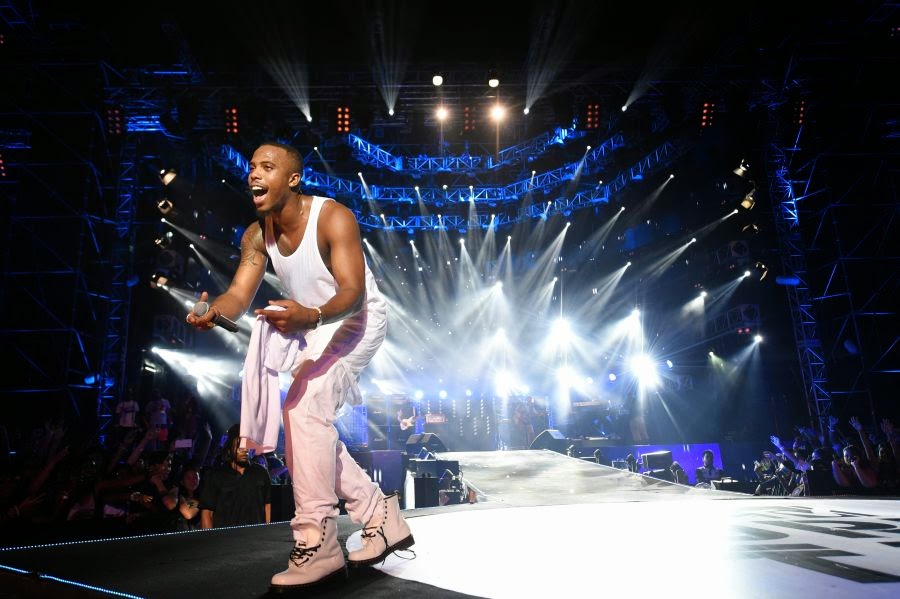 MTV World Stage Malaysia 2014 was lit up with a beautiful scene of the audience waving their mobile phones to a soulful performance of “Both of Us ft. Taylor Swift”. It was a poignant moment when B.o.B dedicated global hit song ““Airplanes ft. Hayley Williams of Paramore”, to all those who had lost loved ones in recent tragedies. 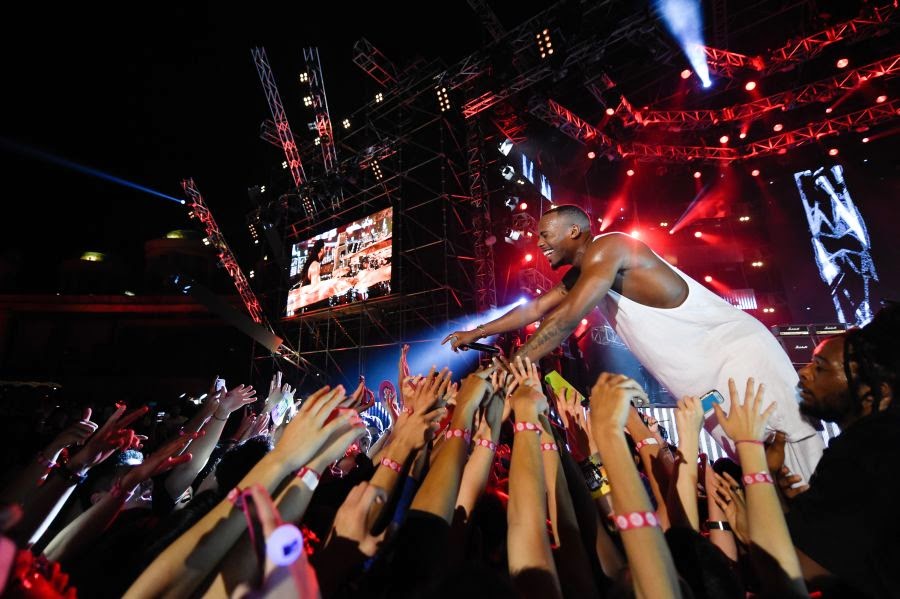 Much to the delight of the audience, B.o.B teased fans and went crowd surfing, before delivering his finale “Still In This”, which was met with streamers and over 1,000 multi-colored LED balloons thrown into them. 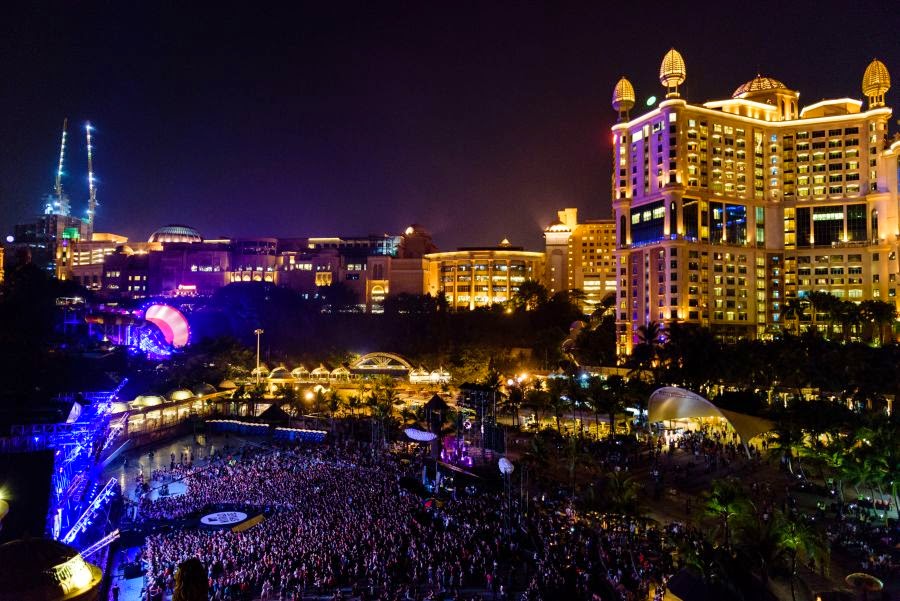 This year’s MTV World Stage Insider made his debut on-stage to loud applause from local fans who cheered for their fellow Malaysian. MTV World Stage Malaysia made college student Aric Ting’s dreams come true as he was picked to be the MTV World Stage Insider 2014, giving him an all access backstage pass to capture behind the scenes moments and first-hand insider information. Ting spent his opportunity sharing exclusive moments on MTV Asia’s Facebook page, Twitter and Instagram feed.

MTV World Stage is a global series that brings multi-genre talents with global relevance, telecast to an audience in over 550 million households. Recorded ‘live’ at the most exclusive gigs, world renowned music festivals and unique concert locations from around the world, the series is the ‘front row seat’ for music lovers to experience the biggest artists on the globe without leaving the comfort of their sofas. MTV World Stage Malaysia is part of this platform that delivers the MTV brand experience not only on the ground with MTV fans in Malaysia, but with a global airing in 154 countries across MTV Networks. The Malaysia show is also MTV’s first originally-produced MTV World Stage event globally, which started in 2009.