Kuala Lumpur, August 15, 2014 – Carlsberg’s Friendtastic Machine tour recently concluded when it returned to Pavilion Kuala Lumpur on its final stop after eight weeks of touring the country and cementing bonds of friendship, both old and new. 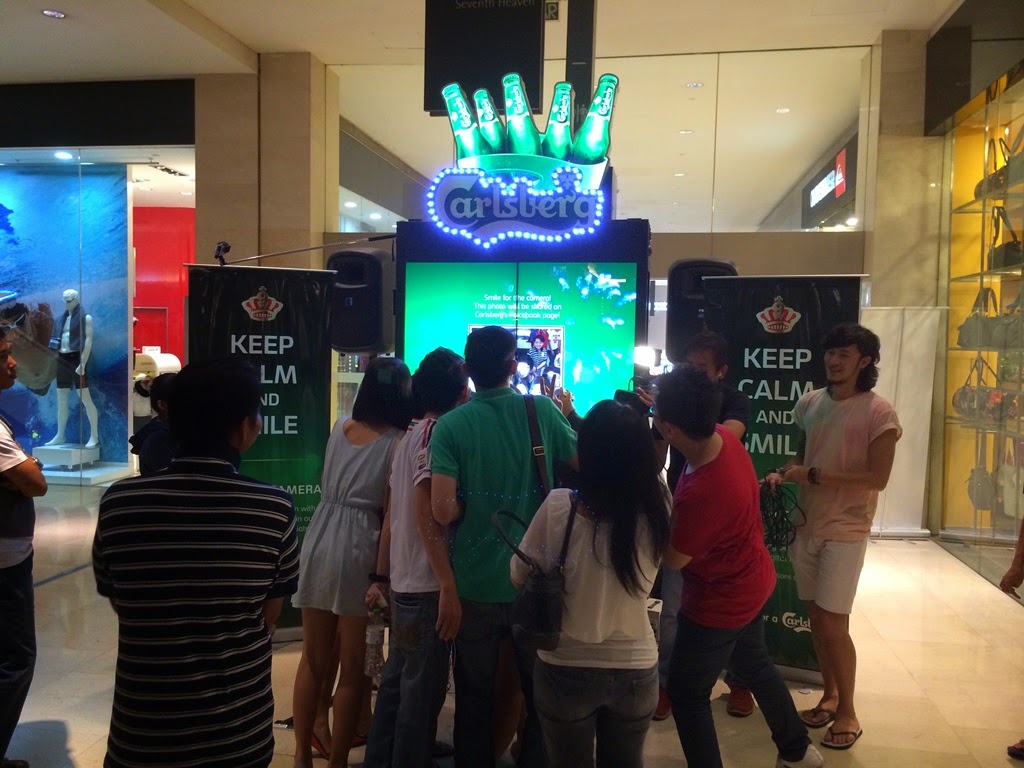 Photos of the laughs, spill and thrills captured by the Carlsberg Friendtastic Machine are available on Carlsberg’s Facebook wall at www.facebook.com/CarlsbergMY.

In a surprise twist to the finale, Carlsberg snuck in customized BPL branded watches and also an additional Friendtastic Machine grand prize to the cans of ice cold beer. Yong Sing Hok, 31, lucky winner of the grand prize, was in disbelief when he discovered the exclusive, limited edition BPL jersey was autographed by the entire Liverpool team. 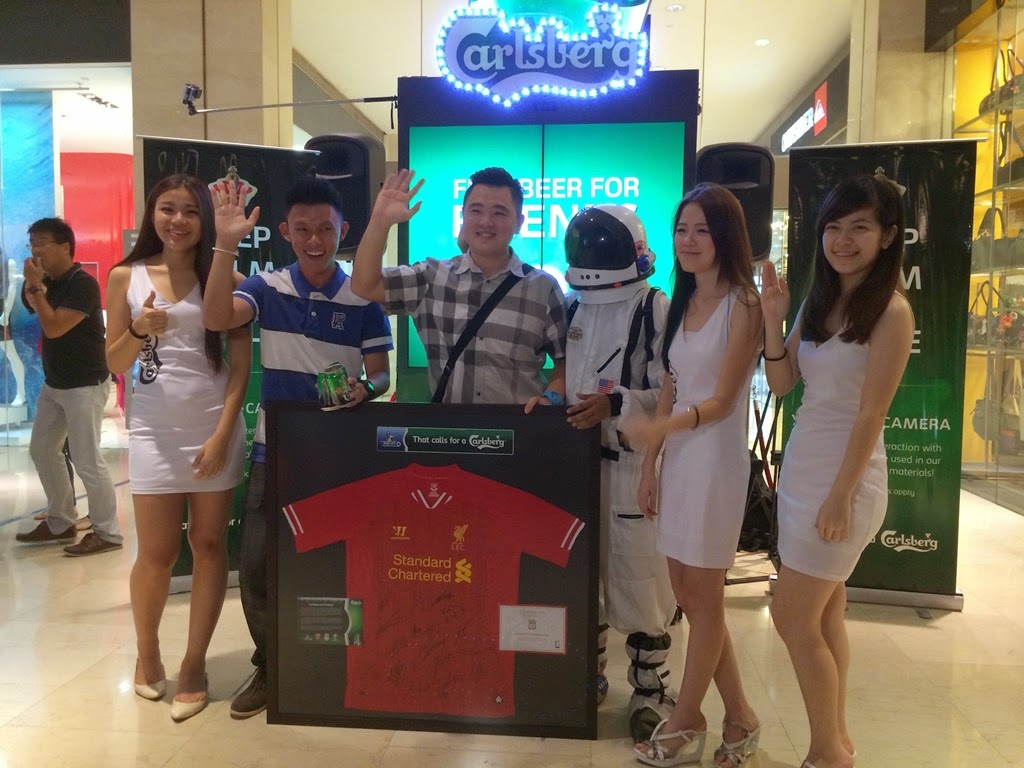 Friends Chew Yi Feng (second from left) and Yong Sing Hok (third from left) displaying the exclusive, limited edition BPL jersey autographed by the entire Liverpool team which they received as a prize from the Carlsberg Friendtastic Machine.

With Carlsberg being the official beer partner of the Barclays Premier League, the jersey was also a fitting end to the previous season, while heralding the start of the upcoming 2014/2015 season.

“One of Carlsberg’s missions this year is to strengthen the bonds of friendship around the nation with unique experiences and rewards. The Friendtastic Machine has enabled us to do this in Malaysia by encouraging friends to participate and strengthen their camaraderie in a fun way. Like our brew and the Carlsberg Friendtastic Machine, football connects people. That’s why we decided on the signed Liverpool jersey as the ultimate reward to kick off the new 2014/2015 season, as it allows us to celebrate the beautiful game and bonds of friendship,” said Juliet Yap, Marketing Director of Carlsberg Malaysia. 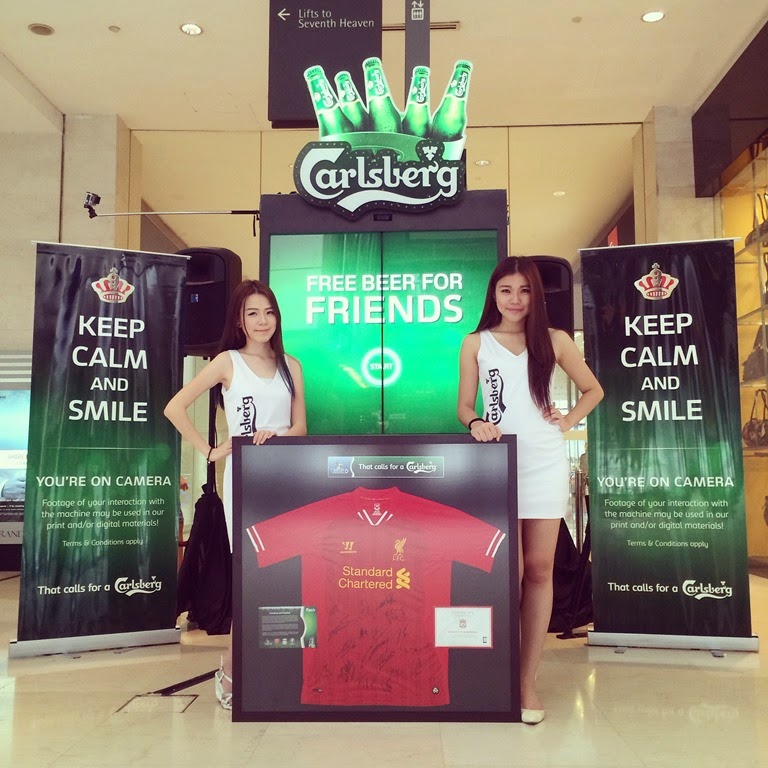 In a surprise twist to the finale, Carlsberg snuck in an exclusive, limited edition BPL jersey autographed by the entire Liverpool team as grand prize for the Friendtastic Machine Finale.

The Carlsberg Friendtastic machine, which scales up its difficulty setting to match the number of people playing, is an epic version of touch screen arcade games but with a uniquely Carlsberg twist. With a minimum of 2 and supporting up to 4 players, this is an ultimate dexterity arcade game which requires players to coordinate closely to accomplish all 3 challenging but fun stages in order to win. With friends spilling over each other, it’s a tangle of arms and legs till they succeed. 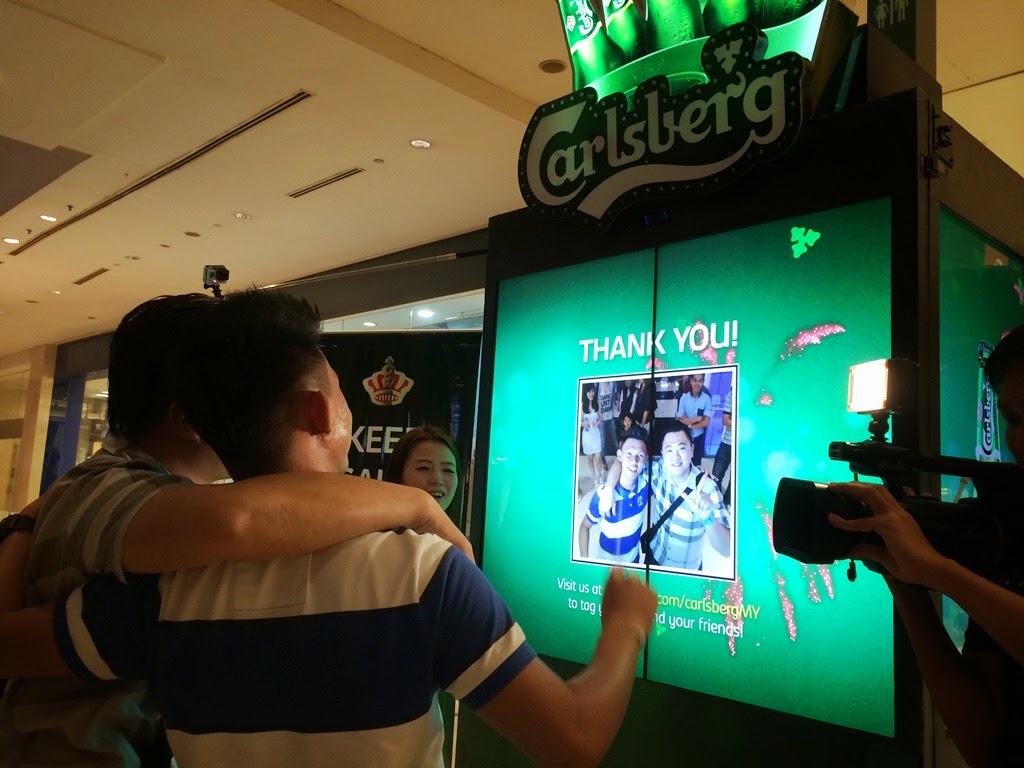 She said, “Throughout its journey, our beer-dispensing, friendship-building Machine managed to reward and celebrate more than 12,500 friendships in total with cans of Carlsberg Green Label and was great fun for both participants and spectators. For those who couldn’t experience it personally, loads of photos of the laughs, spills and thrills along the way were posted on the Carlsberg Facebook. Now that calls for a Carlsberg!”

Fans of Carlsberg can relive moments spent with the Friendtastic Machine and check out upcoming campaigns and events at www.facebook.com/CarlsbergMY