Skip to content
SHAH ALAM, June 16, 2014 – Carlsberg Malaysia begins a new chapter in philanthropy with the launch of the J.C. Jacobsen Foundation (“Foundation”) in Malaysia, also Carlsberg Group’s first foundation of its kind to be established in Asia. 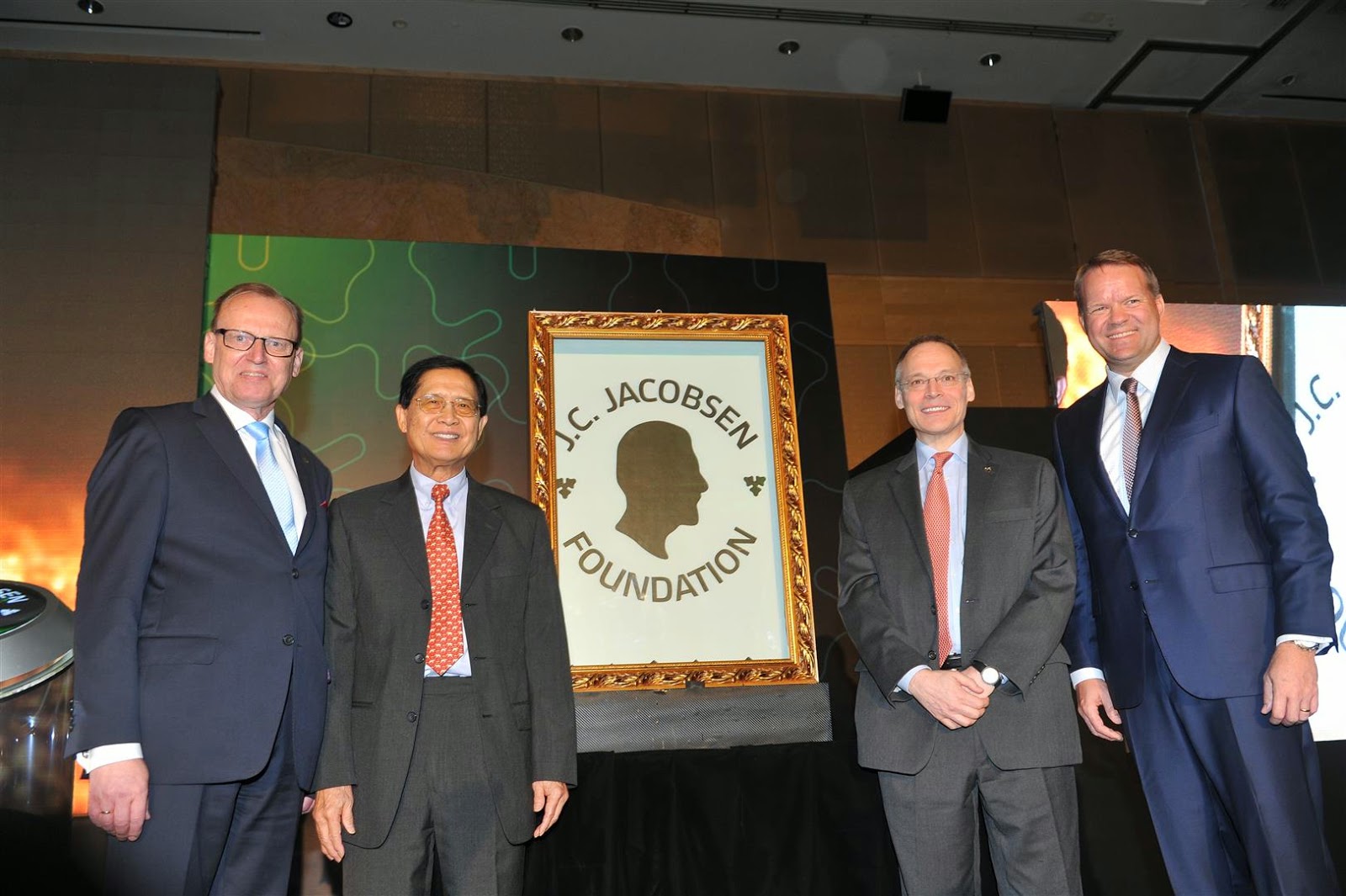 Set up and managed independently from the brewery in Malaysia, the J.C. Jacobsen Foundation will champion local philanthropic efforts by raising funds that can further contribute to the betterment of Malaysian society through just and sustainable solutions.
All funds generated by the Foundation’s activities will be channelled to support three pillars, namely education, sports and environment. The launch event raised funds amounting to more than RM400,000, of which RM300,000 was channelled towards   18 schools and homes under the Foundation’s education pillar, and to the Olympic Council of Malaysia, Paralympic Council of Malaysia and Malaysia Federation of Wushu, Negeri Sembilan as part of its sports pillar. Beneficiaries under the environmental pillar on the night included Do Something Good, Hati Malaysia and Community Recycle for Charity (CRC).
More than 800 customers, business associates, friends, beneficiaries and media attended the event, which was graced by guest of honour His Excellency Mr. Nicolai Ruge, Danish Ambassador to Malaysia. He was joined by Professor Flemming Besenbacher, the Chairman of the Carlsberg Foundation and the Supervisory Board of Carlsberg A/S who flew in from Denmark to officially launch the new Foundation alongside Carlsberg Group Senior Vice President of Asia, Christopher Warmoth. 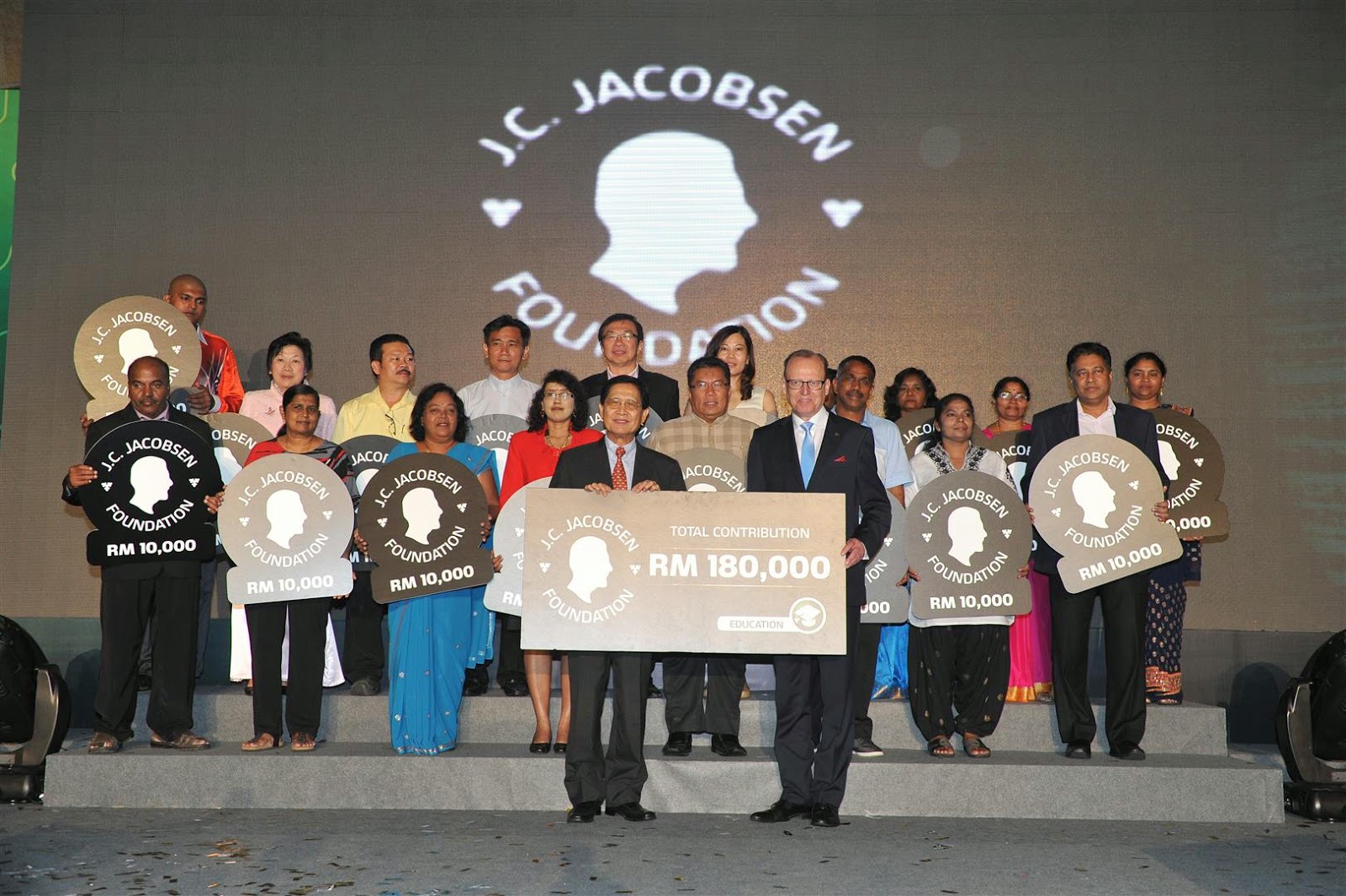 The launch of the J.C. Jacobsen Foundation generated and channeled RM180,000 in funds towards its education pillar and benefited 18 schools and homes.

The evening also saw the introduction of the Foundation’s Board of Trustees. Chaired by Dato’ Lim Say Chong, also Chairman of Carlsberg Malaysia. The Foundation’s other trustees comprise Tunku Tan Sri Imran ibni al-Marhum Tuanku Ja’afar al-Haj, Dato’ N. Sadasivan, Dato’ Larry Gan Nyap Liou and Henrik Juel Andersen, Managing Director of Carlsberg Malaysia.
Speaking at the launch, Foundation Chairman Dato’ Lim said: “This is a milestone moment for us in Malaysia as we carry on the vision of Carlsberg’s founder by enhancing the quality of life of Malaysians. We like to think of the Foundation’s work as an investment in the shared future of our nation”. “As it will be managed independently from the business operations of Carlsberg Malaysia, the J.C. Jacobsen Foundation will enable us to expand our reach and we look forward to raising the bar and making a greater contribution to a larger segment of society in Malaysia moving forward,” he shared. 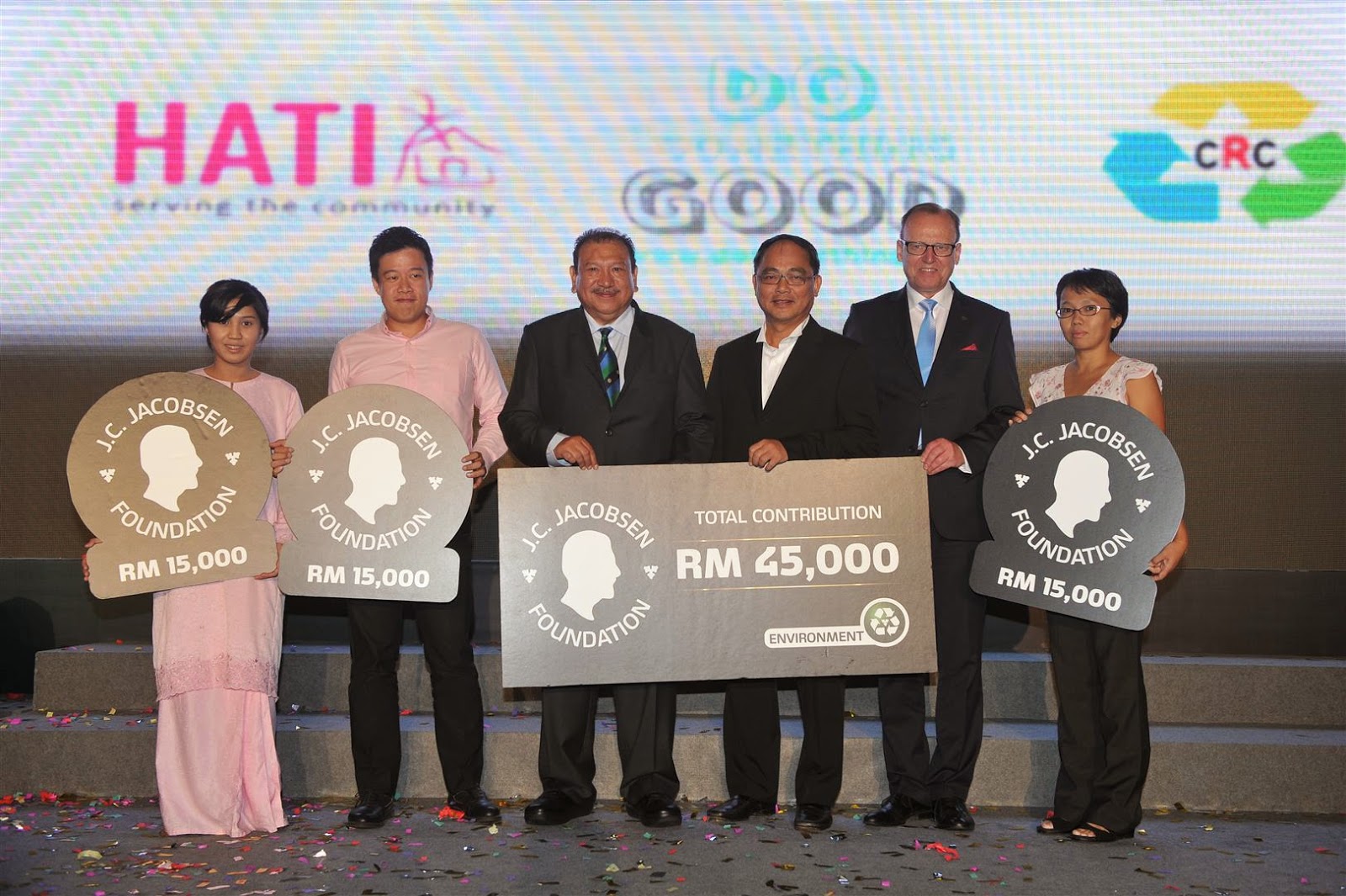 The launch of the J.C. Jacobsen Foundation generated RM45,000 in funds for its environmental pillar, benefiting partner programmes Do Something Good, HATI Malaysia and CRC Recycling Charity.

“The Foundation’s mission is to collaborate with both existing and new charitable organisations as we believe that partnerships and working together will make an even greater difference. We hope the Foundation’s tagline, ‘Let’s brew a better, greener future’ will inspire us to go beyond and help shape the community and the environment,” he elaborated.
Henrik Juel Andersen, Managing Director of Carlsberg Malaysia and fellow Foundation board member added, “Carlsberg Malaysia has a long history of contributing to social advancement via our CSR activities. For example, our Top Ten Charity Campaign has contributed more than RM400 million to the advancement of Malaysian education. We set up the J.C. Jacobsen Foundation in order to reach out to those Malaysians who would be better served by the institutional support of a foundation and hope to serve the public good in a way which would make Jacobsen proud.”
Professor Flemming Besenbacher, Chairman of the Carlsberg Foundation, commented: “It is a great honour to have the Foundation in Malaysia, which is also the first in Asia, named after J.C. Jacobsen in homage to a man who truly embodied ‘public spirit’. As the latest in a well-established line-up of foundations associated with the Carlsberg Group, the J.C. Jacobsen Foundation follows in the prestigious footsteps of these other foundations which include the Carlsberg Foundation, New Carlsberg Foundation, Tuborg Foundation and Kronenbourg Foundation. They have made tremendous advances in the fields of science, art, culture, sports, and education for the advancement of society and in the name of philanthropy across the globe.” 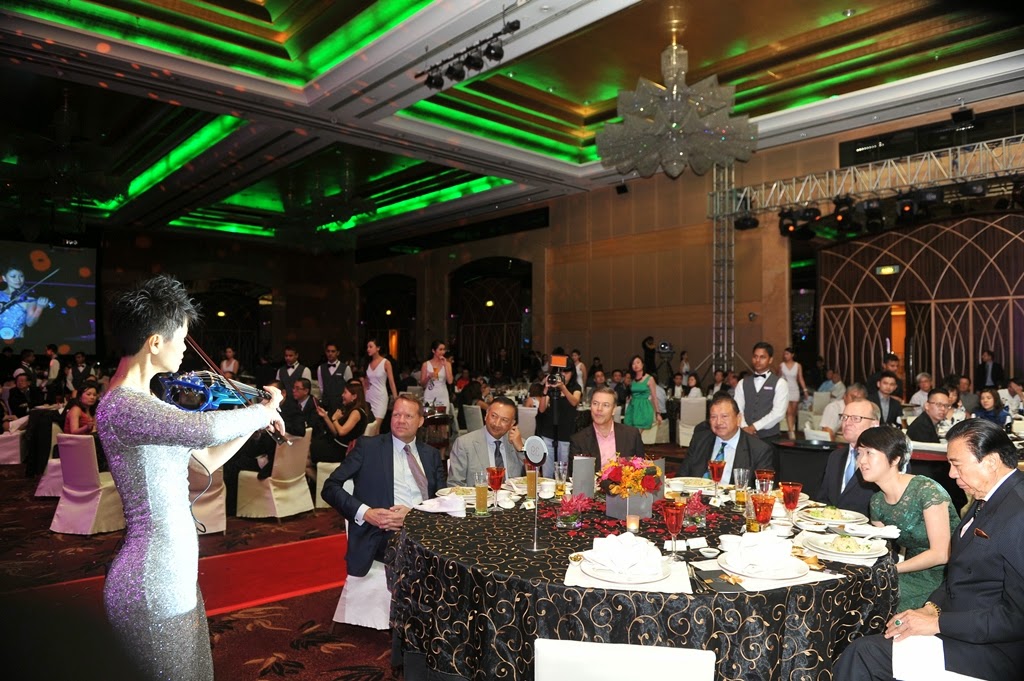 Guests at the launch of the J.C. Jacobsen Foundation were entertained by the musical stylings of renowned local violinist Dr. Joanne Yeoh.

Guests were entertained by the musical stylings of renowned local violinist Dr. Joanne Yeoh and marvelled at the swift work of speed artist Vinn Pang, who painted the portrait of founder J.C. Jacobsen which was later transformed into the new Foundation’s logo in mere minutes. The choir club comprising 30 students from SJK (C) Sentul, Kuala Lumpur mesmerized the audience by delivering an impressive vocal performance.
Three OCM athletes Ho Ro Bin, Chai Fong Yeng and R. Purvaneswaran and two former Paralympians Lee Sheng Chow and Mariappan a/l Perumal, present to receive cash sponsorships under sports pillar, also spoke of the far-reaching impact which foundations have had on their careers in the past. A stomp performance with recycled Carlsberg packaging materials provided a fitting finale to the entertainment, while, at the same time, reflecting the goals of the Foundation’s environment pillar.