Kronenbourg 1664 introduces Malaysians to the French Way of Life, with the aim of promoting work-life balance amongst Malaysians, highlighting the importance of quality time with friends and families and enjoy life’s little pleasures. The No.1 French premium beer brand introduced Cinq à Sept, as a time for Malaysians to relish after work. 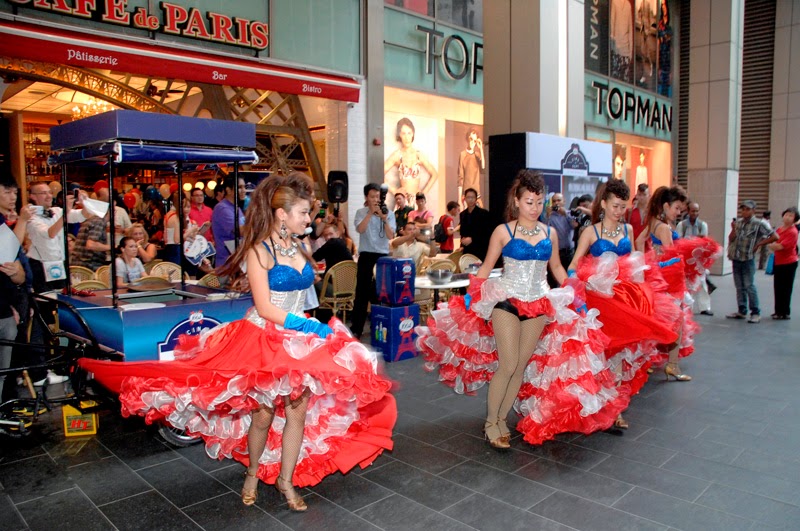 Pronounced as “Sank-Ah-Set”, the term literally translates to “Five to Seven” in French. This is in reference to the hours of 5pm to 7pm, where work traditionally ends for the French, after which they would head out to a bar and café with their friends or colleagues to enjoy a few drinks and bond.

“Life in Asia is hectic and Malaysians tend to spend over 40-hours a week at work, losing out on cherished moments with their friends and families, while the French is well known for promoting a better work-life balance. Hence, we at Kronenbourg 1664 wants everyone to ‘Taste the French Way of Life’ and get that balance right, through Cinq à Sept. The French have always believed in catching up with friends for a drink after work as a way to savour life, and Kronenbourg 1664 aims to instil that important lifestyle in Malaysia, to spread joy with a few cold beers shared with friends,” said Kenny Lim Kien Keong, Premium Brand Marketing Manager.

Various initiatives will be taken to introduce the French Way of Life, including the Kronenbourg 1664 pop-up bar and office soirees. “Ever wonder if life’s little pleasure can be enjoyed in the office? We at Kronenbourg 1664 understand that working life is hectic, and we would like to bring life’s little pleasures to them. Imagine spending the whole day working, an office soiree would be very refreshing indeed”, added Kenny.

The office soirees includes various exciting activities, including the exciting interactive Jenga wood block game that instruct participants to act out in challenges stated on the blocks, like touching your nose with your tongue, or dancing on the chair for 10 seconds; head and shoulder massages to loosen up after a long day at the office; lucky draw balloon popping for Kronenbourg 1664 discount vouchers; and plenty of cold Kronenbourg 1664 for everyone during this fun-filled session. 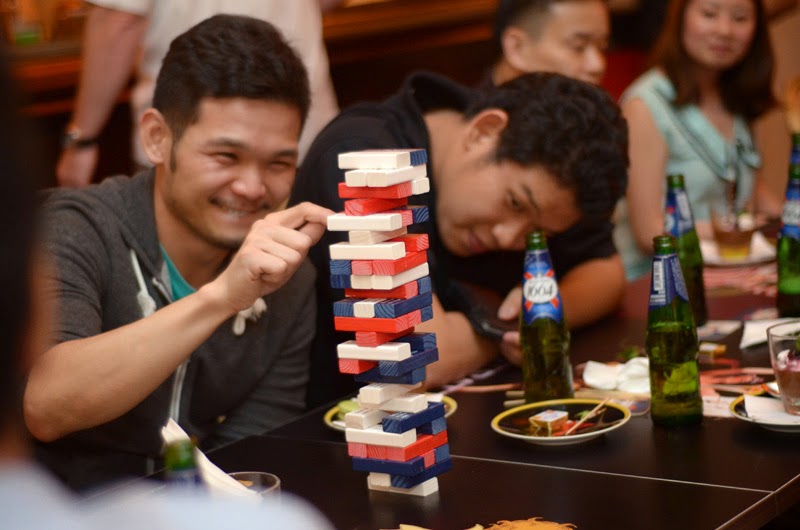 Guests enjoying their activities provided during the event..

The brand’s pop-up bars will add further excitement to Cinq à Sept as the areas they will be in will liven up with a French-styled bicycle tour around its vicinity to generate buzz and hype. The first 50 customers at the pop-up bars will receive a complimentary Kronenbourg 1664 and a photo opportunity or two as Polaroid photography will be available for everyone to capture life’s little pleasures with friends, creating unforgettable memories. 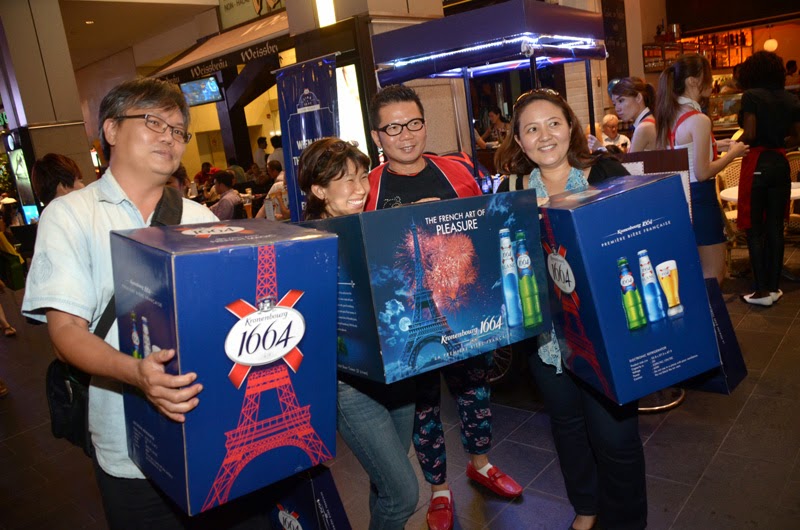 These activities are the brand’s first step to introduce the French way of life to Malaysians, where one could be just as productive within their official working hours and still be able to enjoy life with friends and loved ones.

Founded by Jérôme Hatt in 1664, Kronenbourg 1664 has expanded globally and is now available in over 60 countries. Kronenbourg 1664 comes in two variants, namely the Kronenbourg 1664, which is brewed from Strisselspalt hops, known as the “caviar of hops”; and the Kronenbourg 1664 Blanc, a refreshing wheat beer brewed with a hint of citrus and coriander spice, giving it a sweet and unique flavour. The brand was awarded gold medals during the “International Brewing Award” in 2004 and 2005, making it the first and only brand to bag a gold medal for two years consecutively.