As the title race to crown this season’s Barclays Premier League (BPL) champion came to a close, Carlsberg hosted an epic viewing party to commemorate the last BPL match day of the 2013/2014 season. With Manchester City in poll position to take home the title, Liverpool needed to win their final match to stay in the running for the club’s first BPL Championship in 24 seasons. 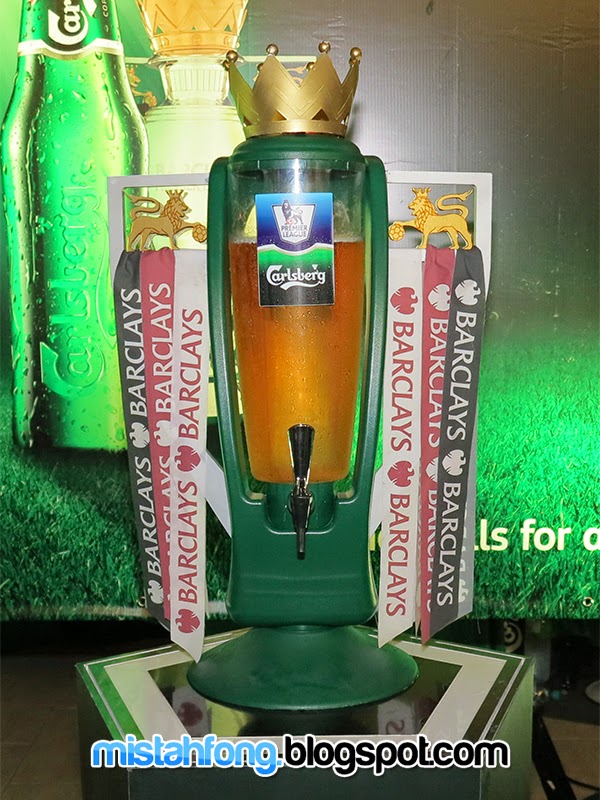 The first-of-its-kind viewing party  was a heady mix of team colours as Carlsberg and footie fans gathered at Movida, Sunway Giza to catch what were arguably the three most impactful matches of the night simultaneously in HD on a giant screen.  Anticipation and hope ran high as fans watched Liverpool’s match at home against Newcastle, where the Reds emerged victorious with a 2-1 score to finish the league in second place while Manchester City won the BPL championship with a 2-0 win over West Ham United. 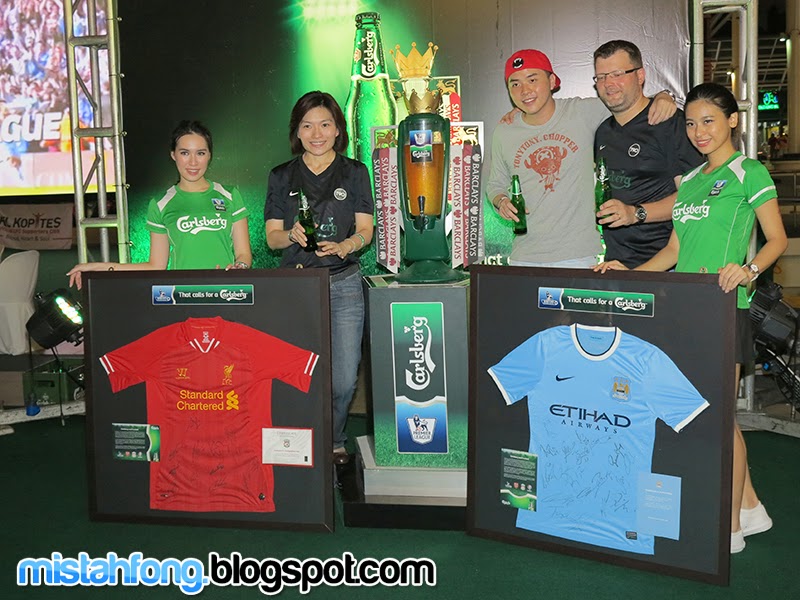 To add to the excitement, Carlsberg gave away one extraordinary treat in the form of authentic, limited edition Liverpool and Manchester City jerseys autographed by all current players of the Liverpool and Man City Football Clubs respectively. A rare giveaway that will certainly be a treasured keepsake for the lucky die-hard fan, thanks to Carlsberg. Spectators also participated in fun, football themed games with authentic BPL merchandise up for grabs, whilst enjoying ice-cold Carlsberg. 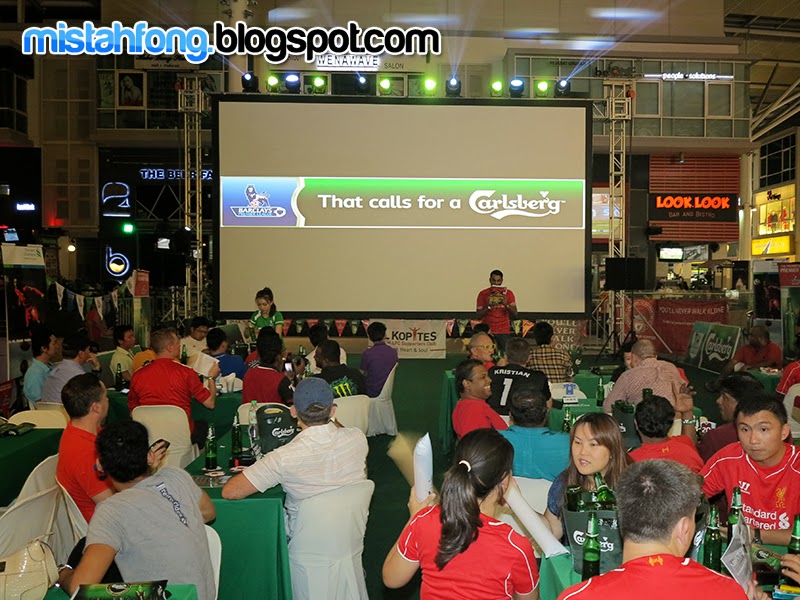 Juliet Yap, Marketing Director of Carlsberg Malaysia, said, “Throughout the 2013/2014 season, our involvement in the BPL has enabled us to enhance the viewing experience of football fans and reward them for their love for the sport. With the culmination of the season, Carlsberg’s first of its three years as the BPL’s official beer has drawn to an epic close. We are definitely gearing up for an even more remarkable 2014/2015 season and aim to make new and unforgettable memories with Carlsberg and football fans. We are proud to share their passion for Carlsberg and the beautiful game. Now that calls for a Carlsberg!” 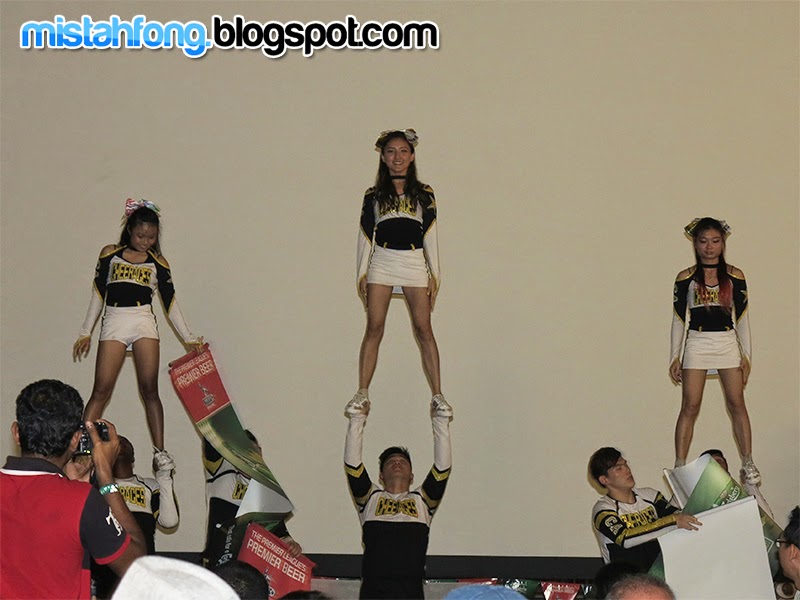 Cheerleaders performance during the half time break..

During its first season as official beer of the BPL, Carlsberg sent a large number of Carlsberg contest winners to enjoy a uniquely Carlsberg BPL experience in the UK. Winners and their friends were given the chance to watch their favourite clubs live in the UK with full VIP treatment at the Carlsberg Hospitality Lounge of each stadium visited. The season also saw Carlsberg give away hundreds of BPL jerseys and other merchandise to lucky consumers. 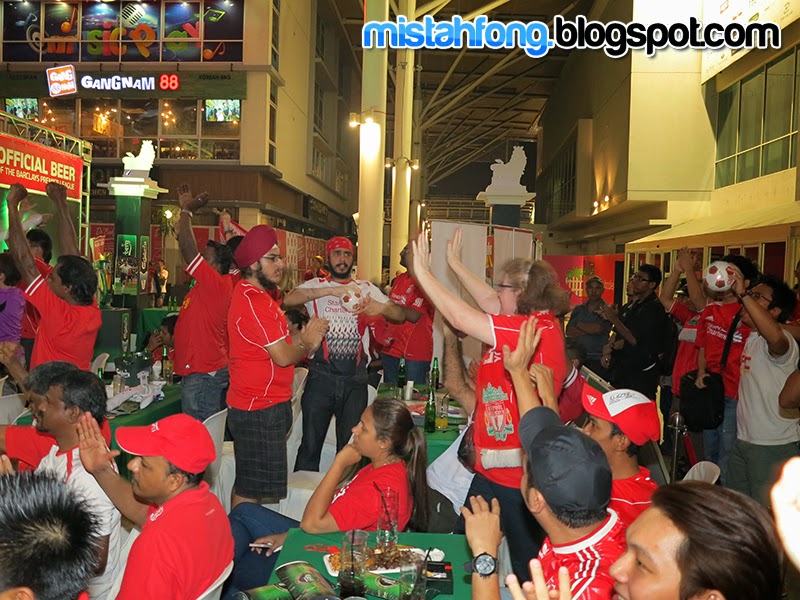 The most recent recipient of Carlsberg’s BPL generosity was 26-year-old Jovi Chen who pledged to create a Carlsberg collage using nothing but selfies of himself with total strangers as part of Carlsberg’s Price of Passion contest. In order to complete this pledge, Chen enlisted the help of 250 unsuspecting mall-goers and won himself a uniquely Carlsberg VIP trip to the UK where he experienced the brand’s hospitality at a live BPL match between Arsenal and West Bromwich Albion at the Emirates Stadium. 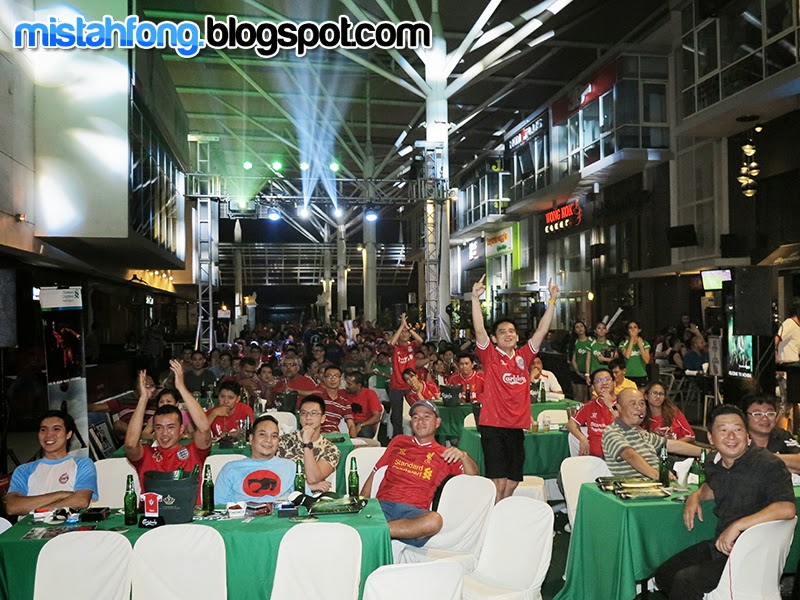 Liverpool score another goal within 3 minutes.. 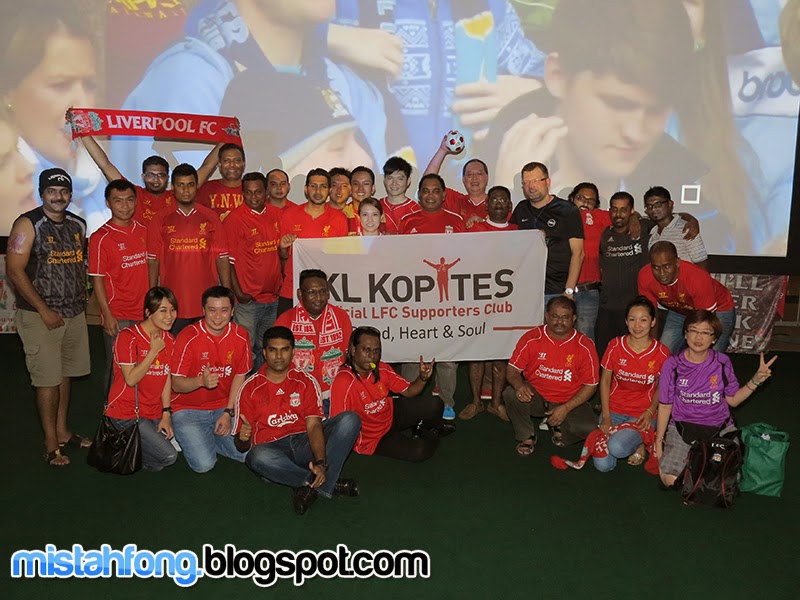 Keen to find out more about Carlsberg’s involvement in the BPL? Visit www.facebook.com/Carlsberg for more information.