The opening band was Kyoto Protocol, our very own Malaysian indie rock band , perform several song including their hit songs “Pussycat” and “Jelita” and did a dangdut cover “Rindu”
Although ‘The Killers’ soundcheck / stage setting for almost an hour, the wait was worthwhile went they came upon the stage and started with their hit single ‘Mr Brightside’. The crowd went wild and sang along … 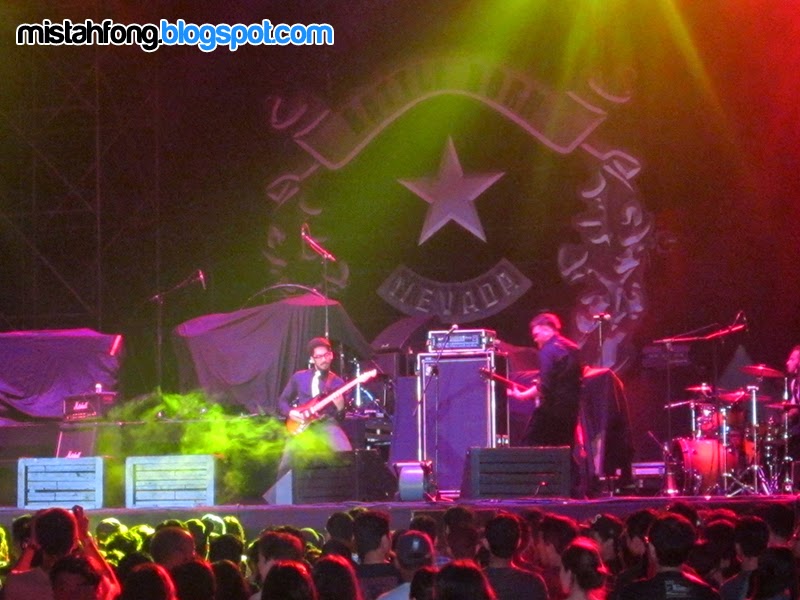 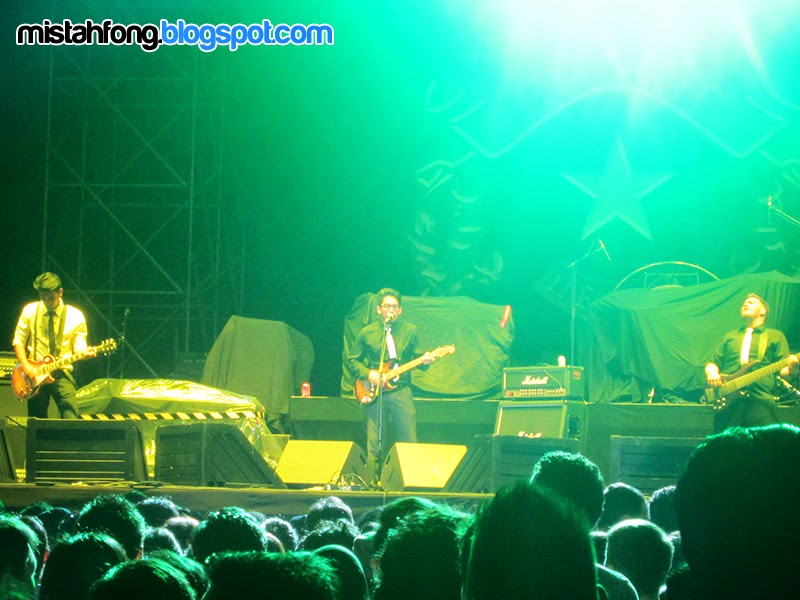 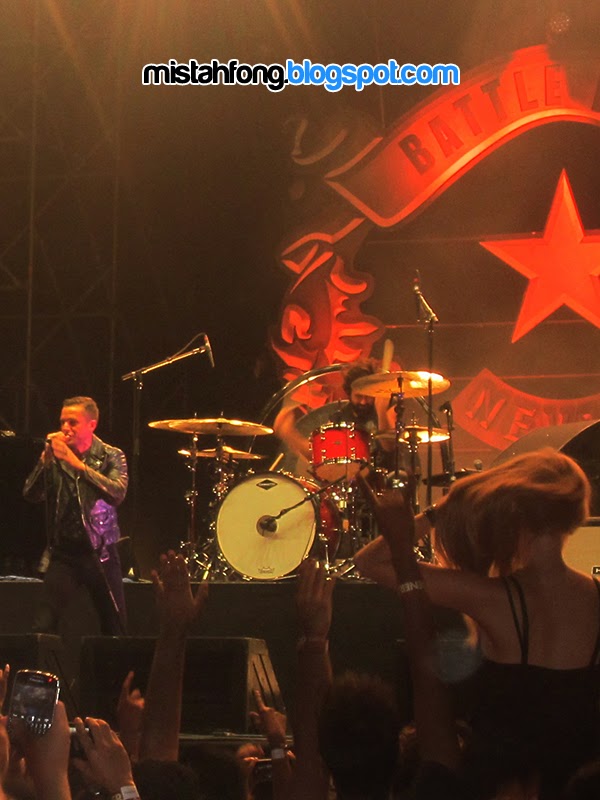 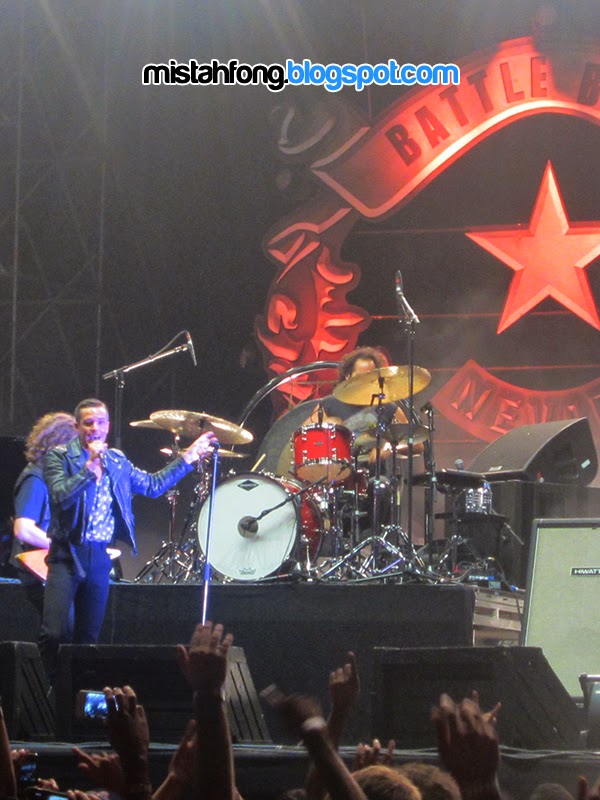 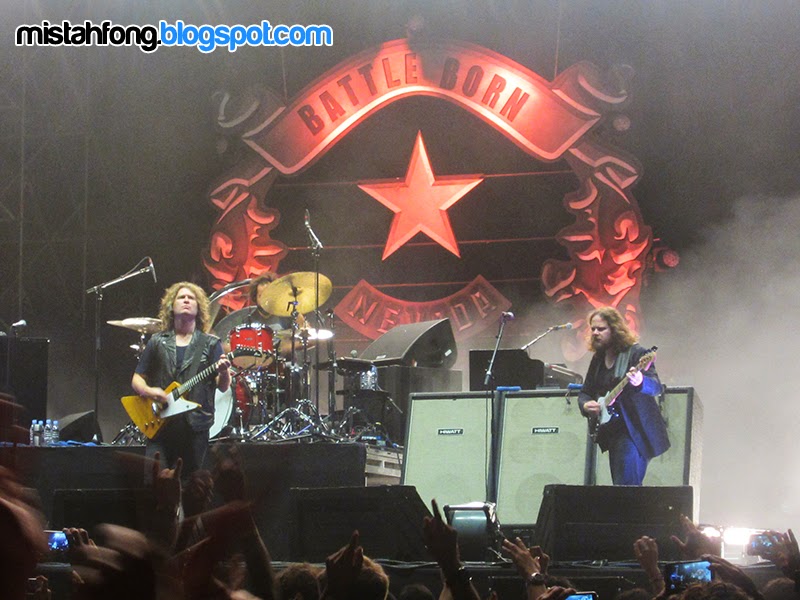 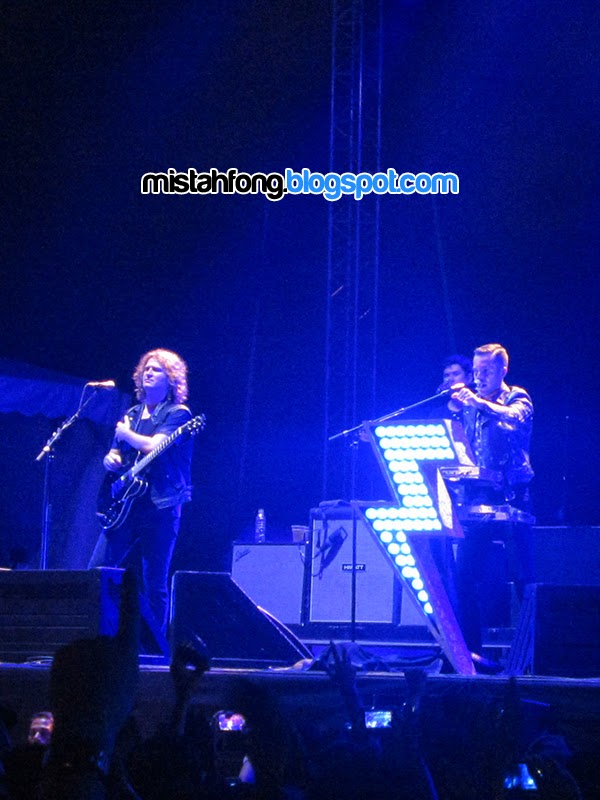 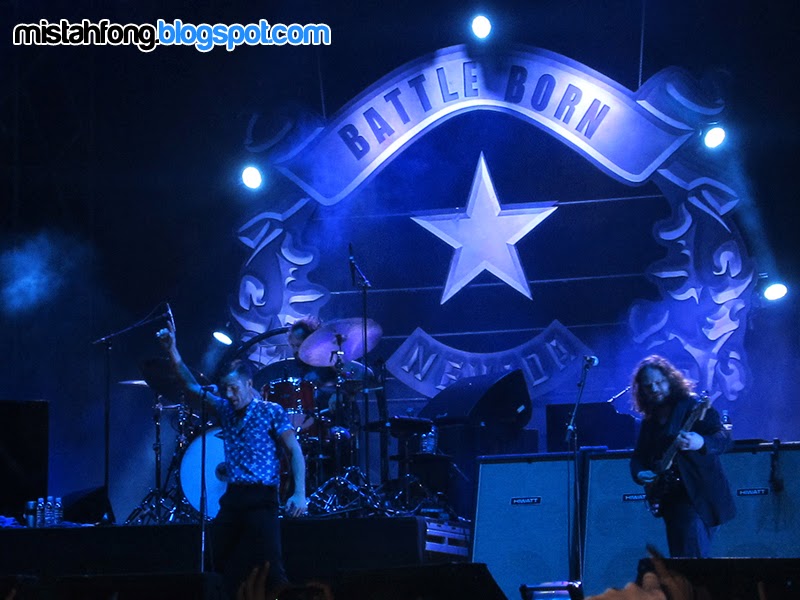 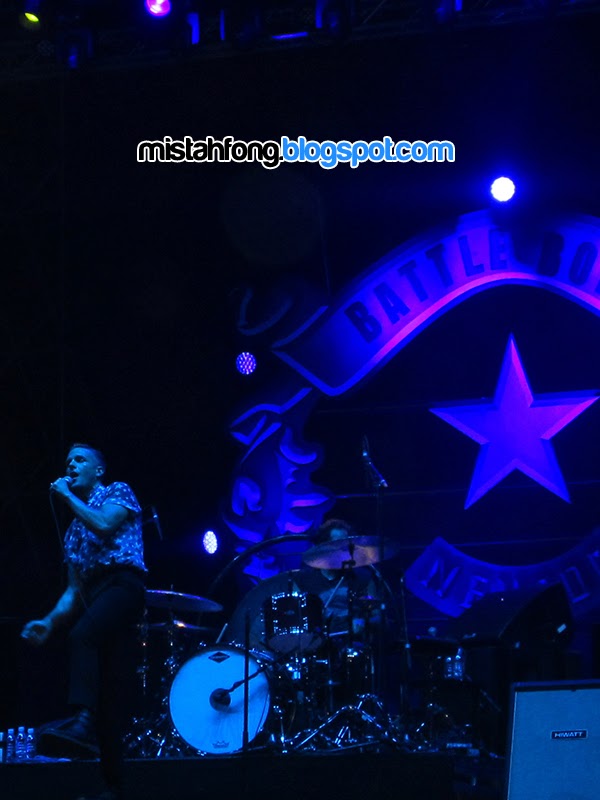 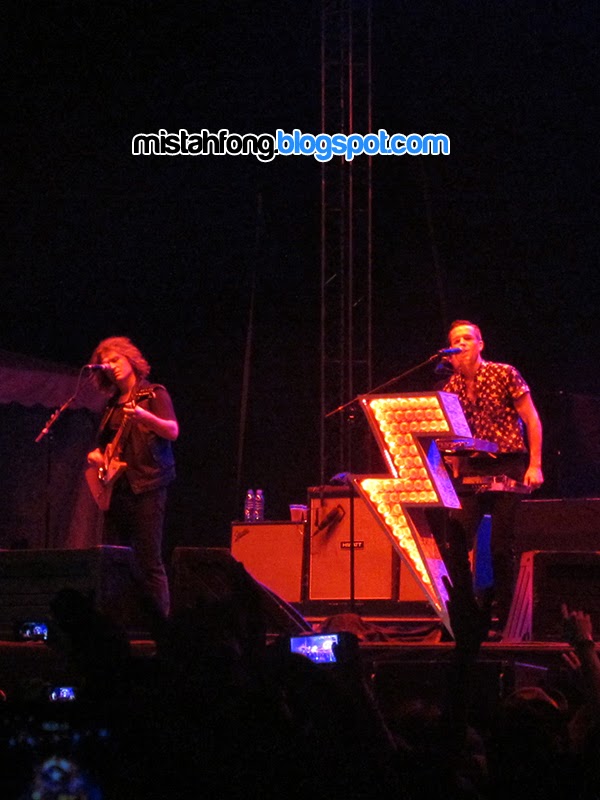 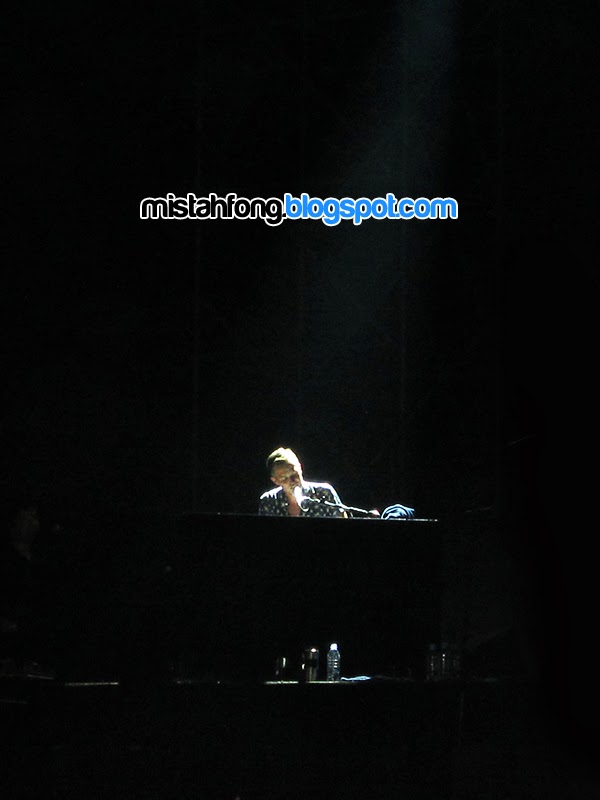 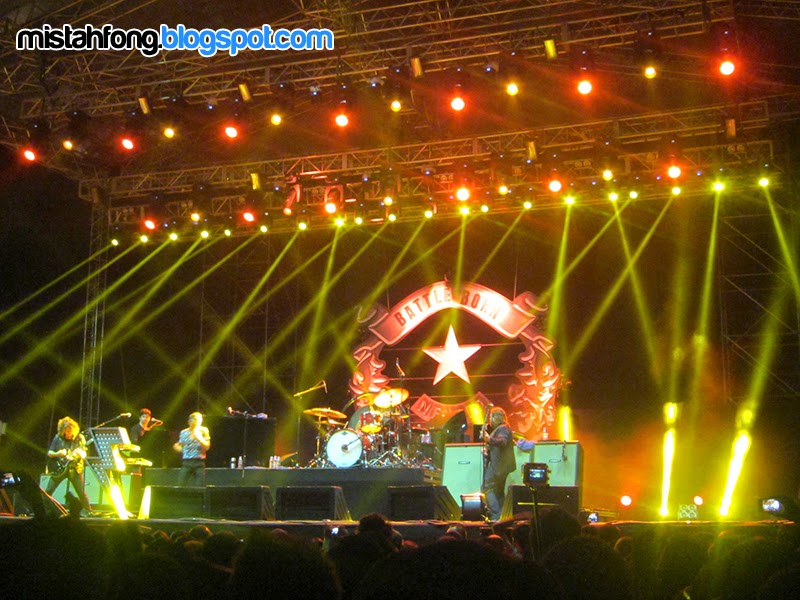 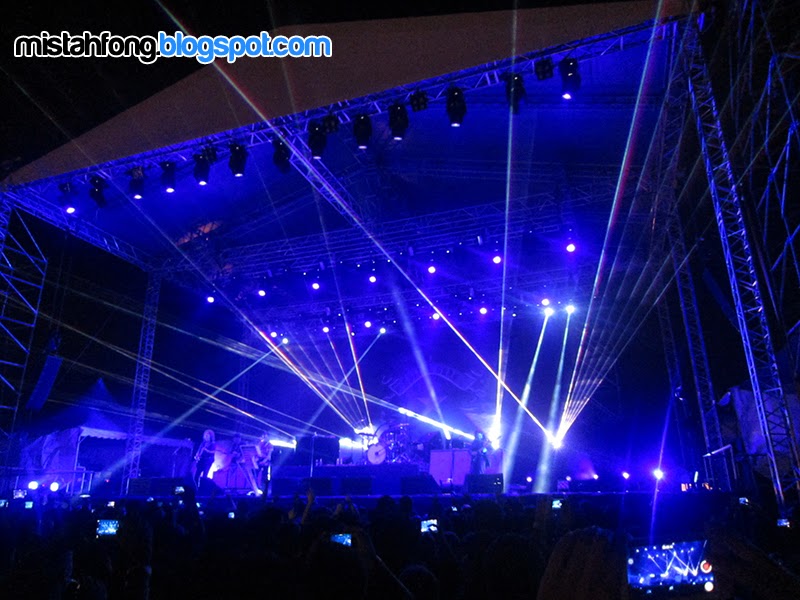 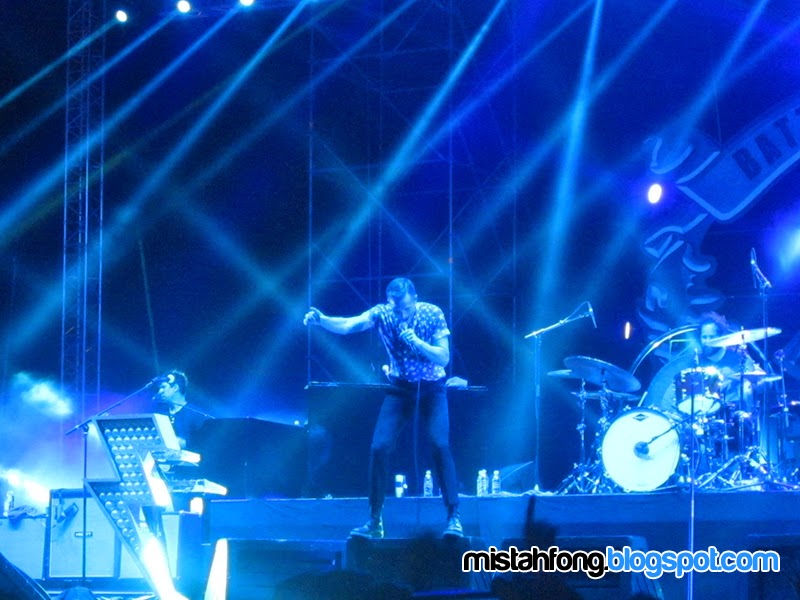 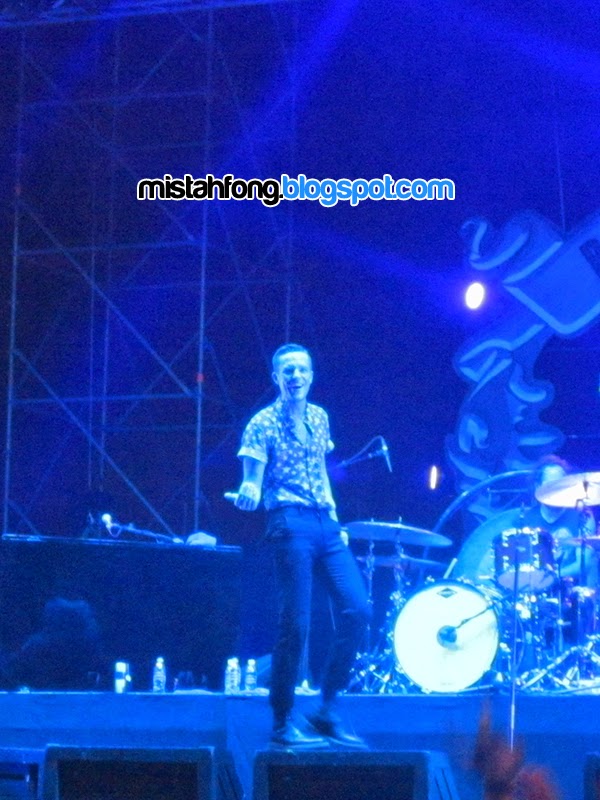 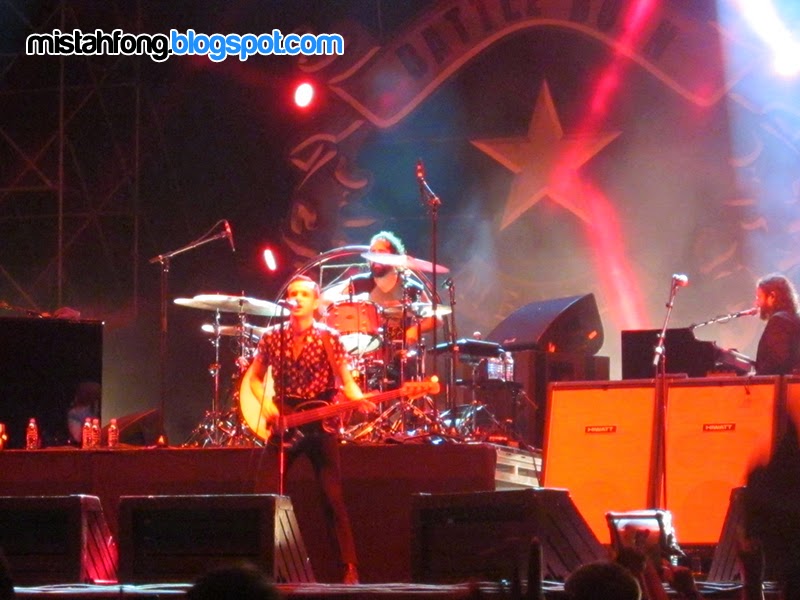 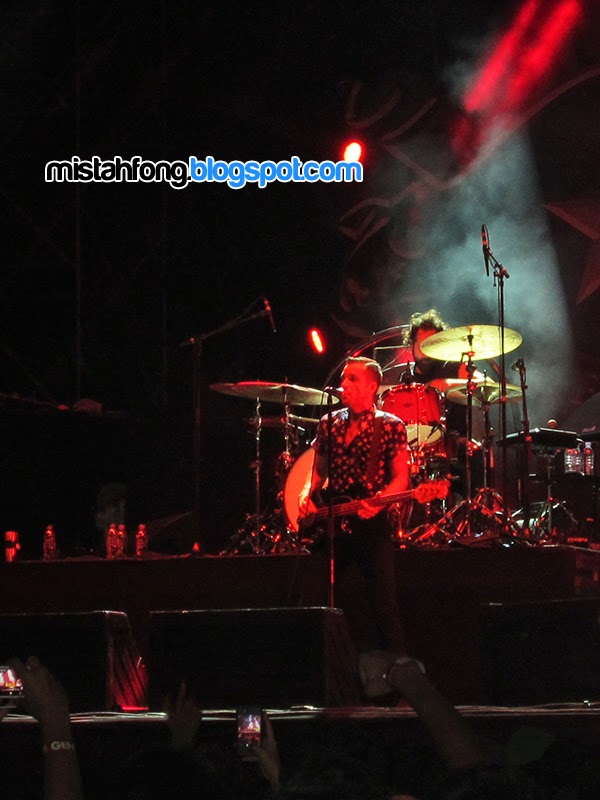 “i got soul but i’m not a souljaaaaah” – Brandon 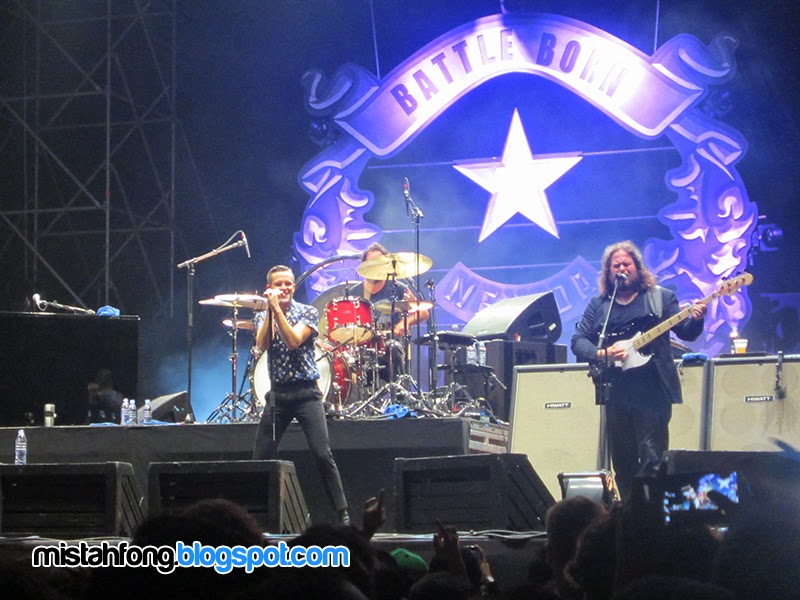 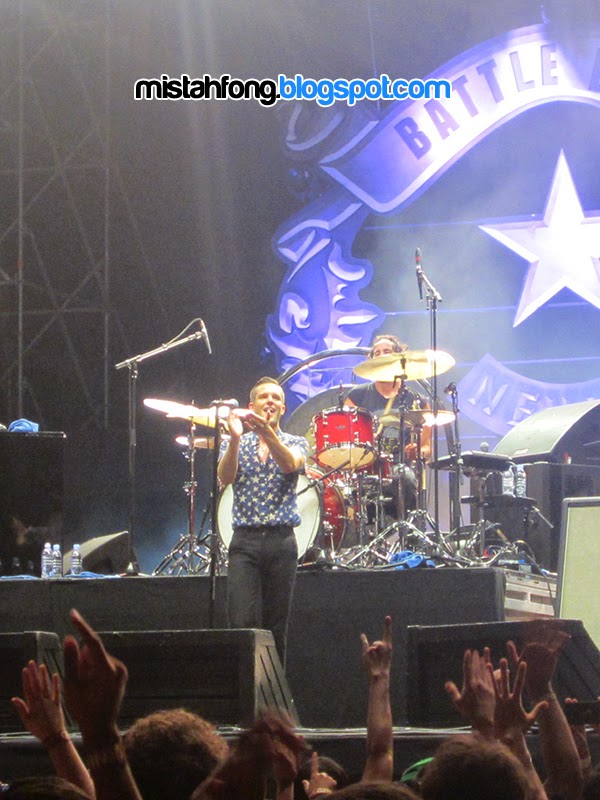 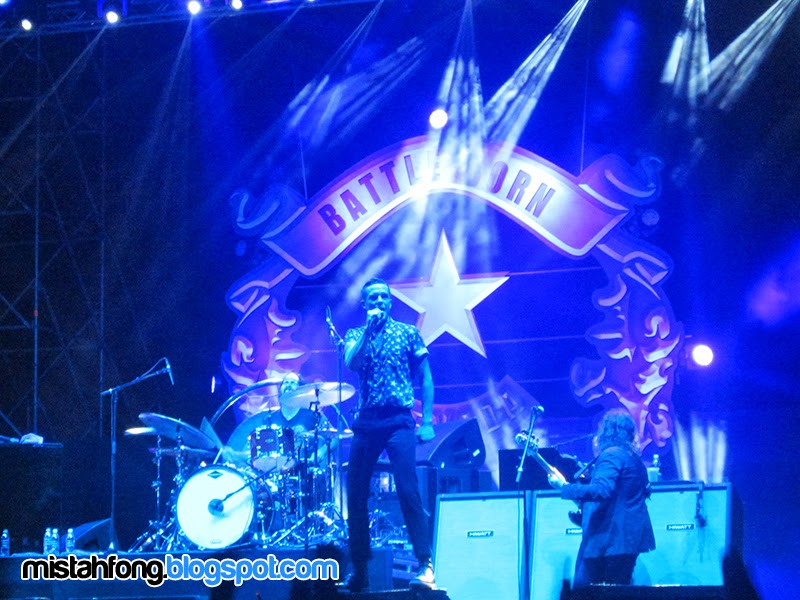 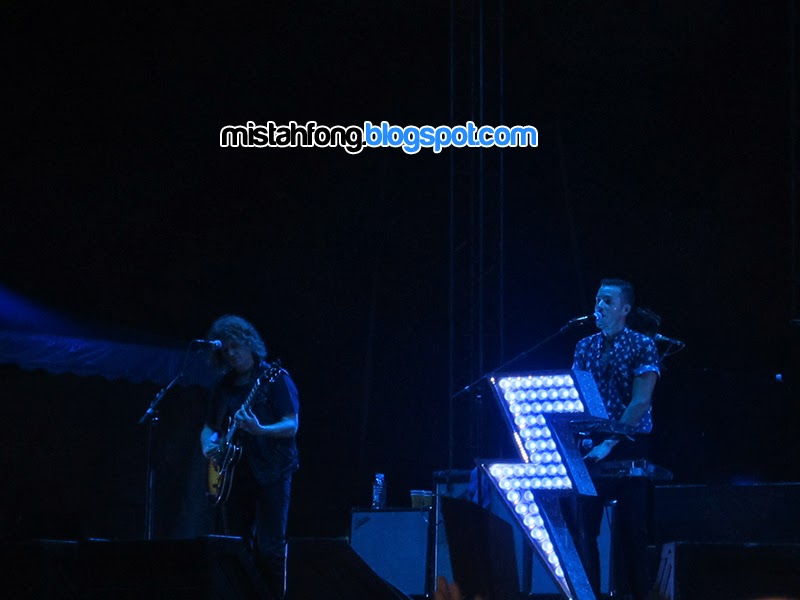 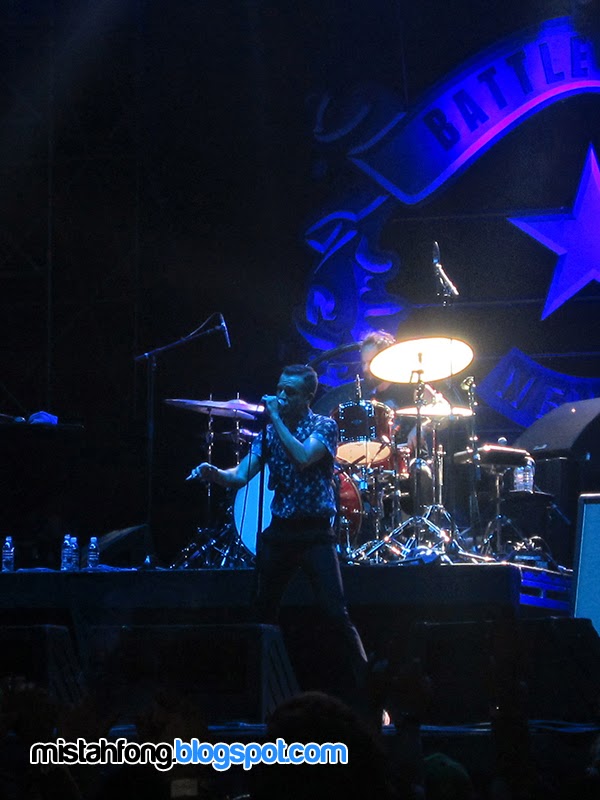 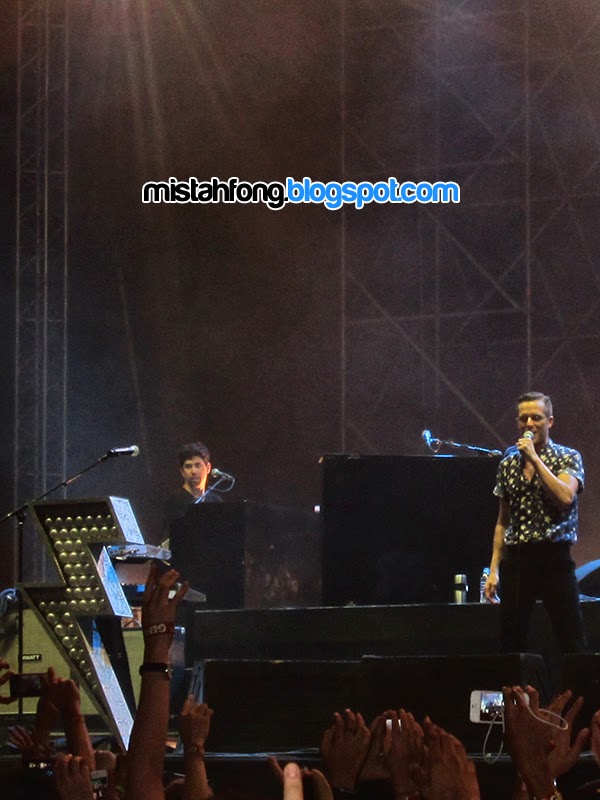 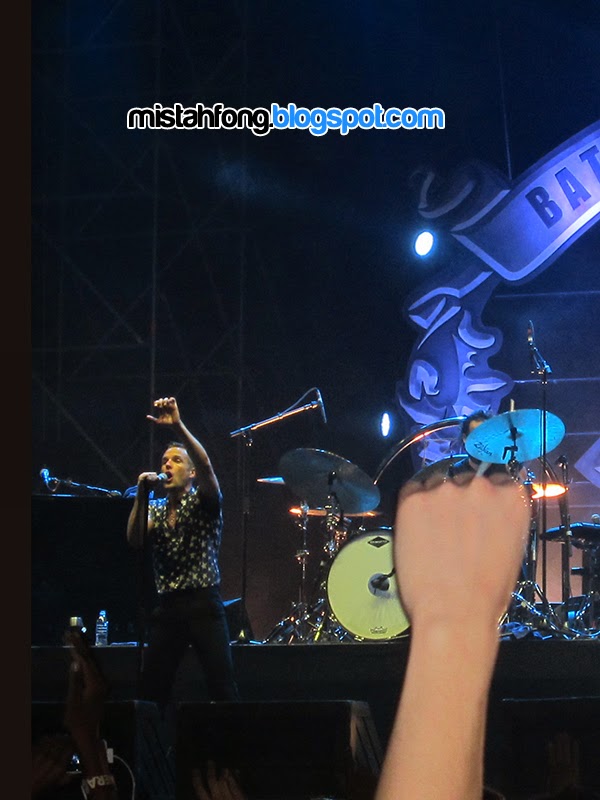 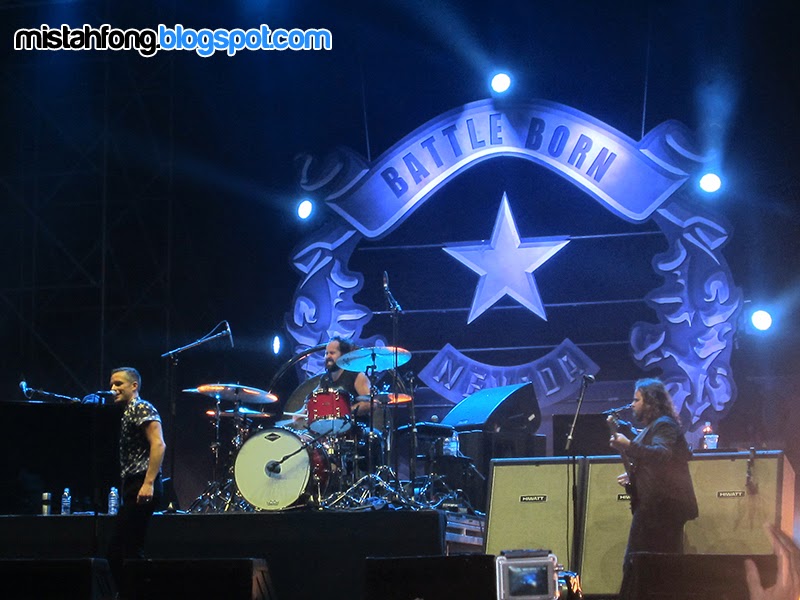 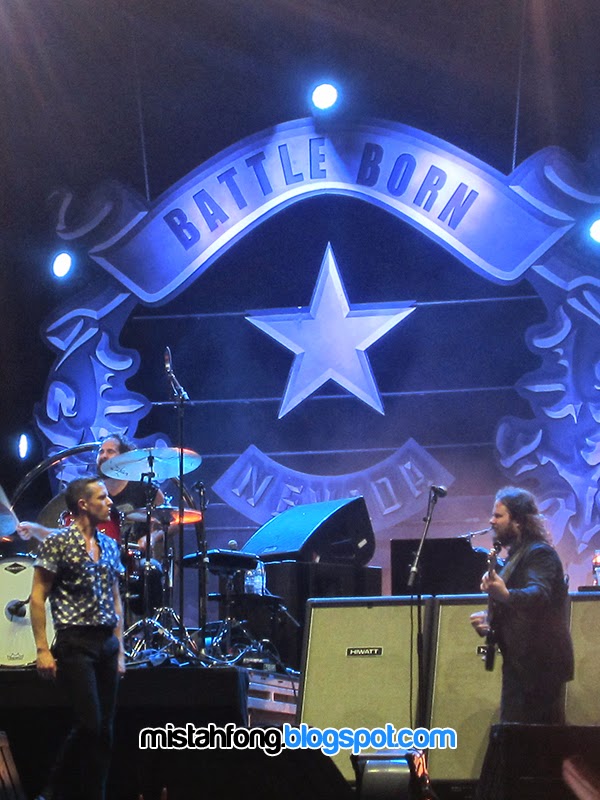 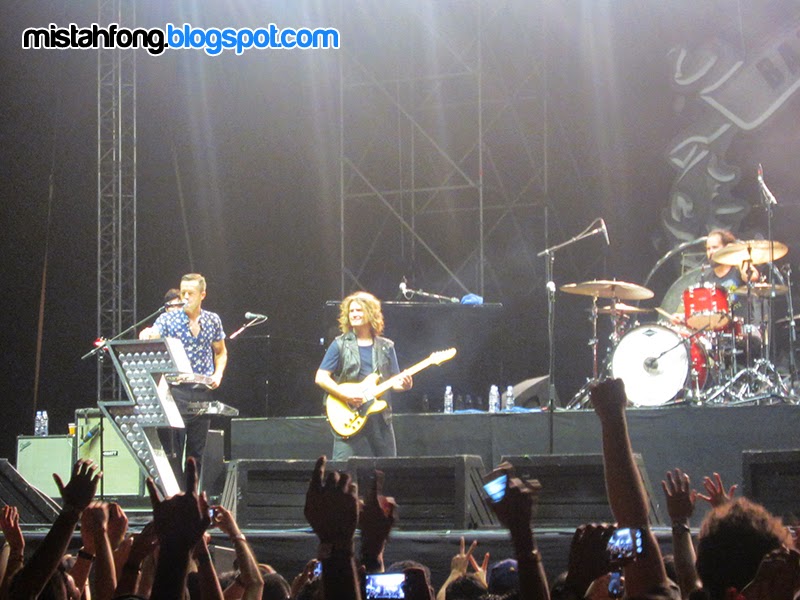 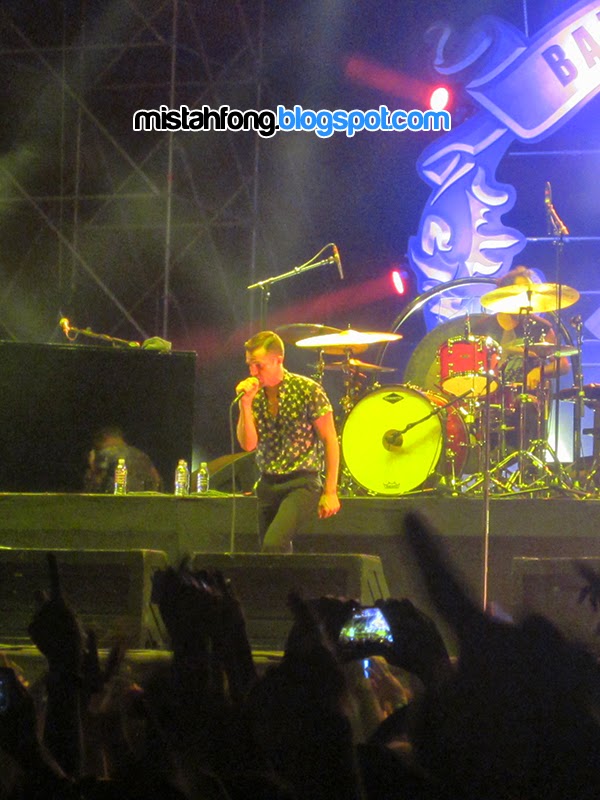 They did a cover of ‘I Think We’re Alone Now’, originally sung by Tommy James and the Shondells but made popular by 80s teen pop icon Tiffany…

Flowers was constantly on the move, keeping fans pumped up all night long.
Flowers called upon fans to recognise his bandmates – guitarist Dave Keuning and drummer Ronnie Vannuci Jr. The bassist, Mark Stoemer could not make it due to personal reasons and was replaced by Jake Blanton.
There was no stopping the crowd from singing even when the band slowed down with ‘Human’ while eyes were on Flowers as he sang and played the keyboard. The last song is All These Things That I’ve Done’ after that we’re holding out for an encore…

And the encore list are “This Is Your Life”, “Jenny Was a Friend of Mine”, “When You Were Young”

Lastly, Brandon ended the concert with >> “Er, tell your friends”

All i can say The Killers were killing it!